(Other references are omitted)

Diagnosis. Tinotus acerbus   differs from the other Nearctic species of Tinotus   in its brown body, the weak and poorly visible microsculpture of its glossy pronotum, the strong asperate punctation of its elytra, its lack of a medial impression on the male head and pronotum, its unmodified male sternum 8, and the shape of its aedeagus ( Figs. 5–8 View FIGURES 5–9 ), in particular the straight apex of its median lobe (in lateral view ( Fig. 7 View FIGURES 5–9 )).

Discussion. The lectotypes of Acri. acerba   and Acri. resecta   are similar in all external characters. These lectotypes are identical in the shape of their genitalia to the male and female specimens listed above in Material and found in the same locality in British Columbia. Tinotus acerbus   is a valid species which was not included in the review of Nearctic Tinotus   by Klimaszewski & Pelletier (2002). 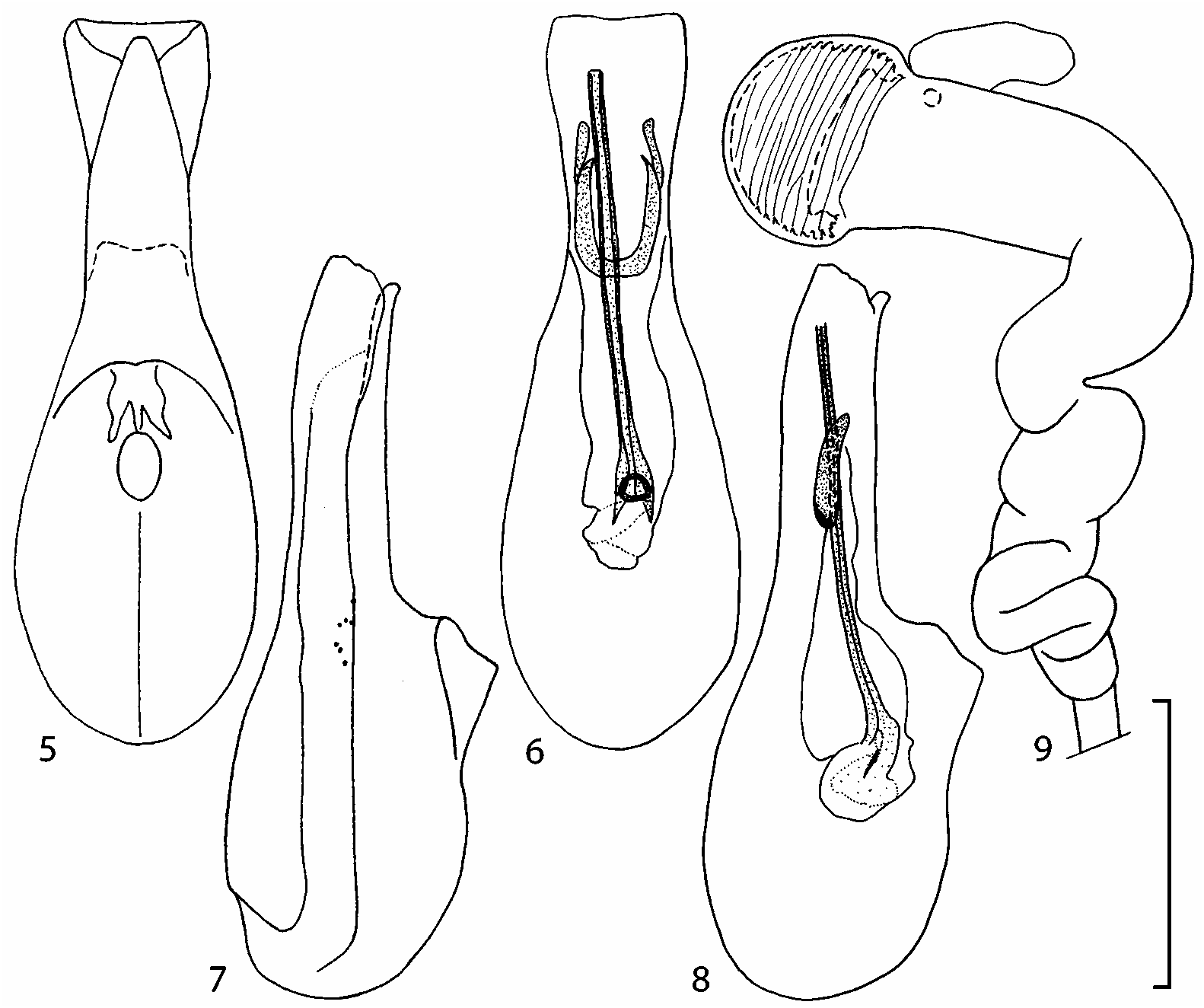