Discussion. In his list of examined type material Pace (1989) listed a single male specimen as the holotype of U. pusio   . However, in the Casey collection U. pusio   is represented by two specimens from the type locality. One specimen (the lectotype) was dissected by Pace and illustrated in Figs. 579–582 ( Pace 1989). The second specimen (the paralectotype) was dissected by me. My examination of the genitalia preparations of both specimens demonstrated that the illustrations by Pace (1989; Figs. 579, 582) are incorrect. The distal of the two projections on the parameral side of the median lobe illustrated by Pace in Figs. 579 and 582 does not exist. Pace mistook a small piece of dirt encased in the Canada balsam for a projection of the aedeagus. The correct drawing of the median lobe is given in Figs. 157–158 View FIGURES 157–160 . The basal of the two projections illustrated by Pace (cf. Fig. 579 in Pace 1989 and Fig. 157 View FIGURES 157–160 in this paper) does exist. This projection is shared by two other Nearctic species of the subgenus Dysleptusa Pace, 1982   (Le. carolinensis Pace, 1989 and Le. smetanaiella Pace, 1989) (see Figs. 1686, 1691) but not by the Palaearctic species included by Pace in Dysleptusa   . The type species of Dysleptusa   is Leptusa fuliginosa (Aubé, 1850)   , a Palaearctic species without a projection. Therefore, the three Nearctic species placed by Pace (1989) in this subgenus may belong to a different lineage of Leptusa   . 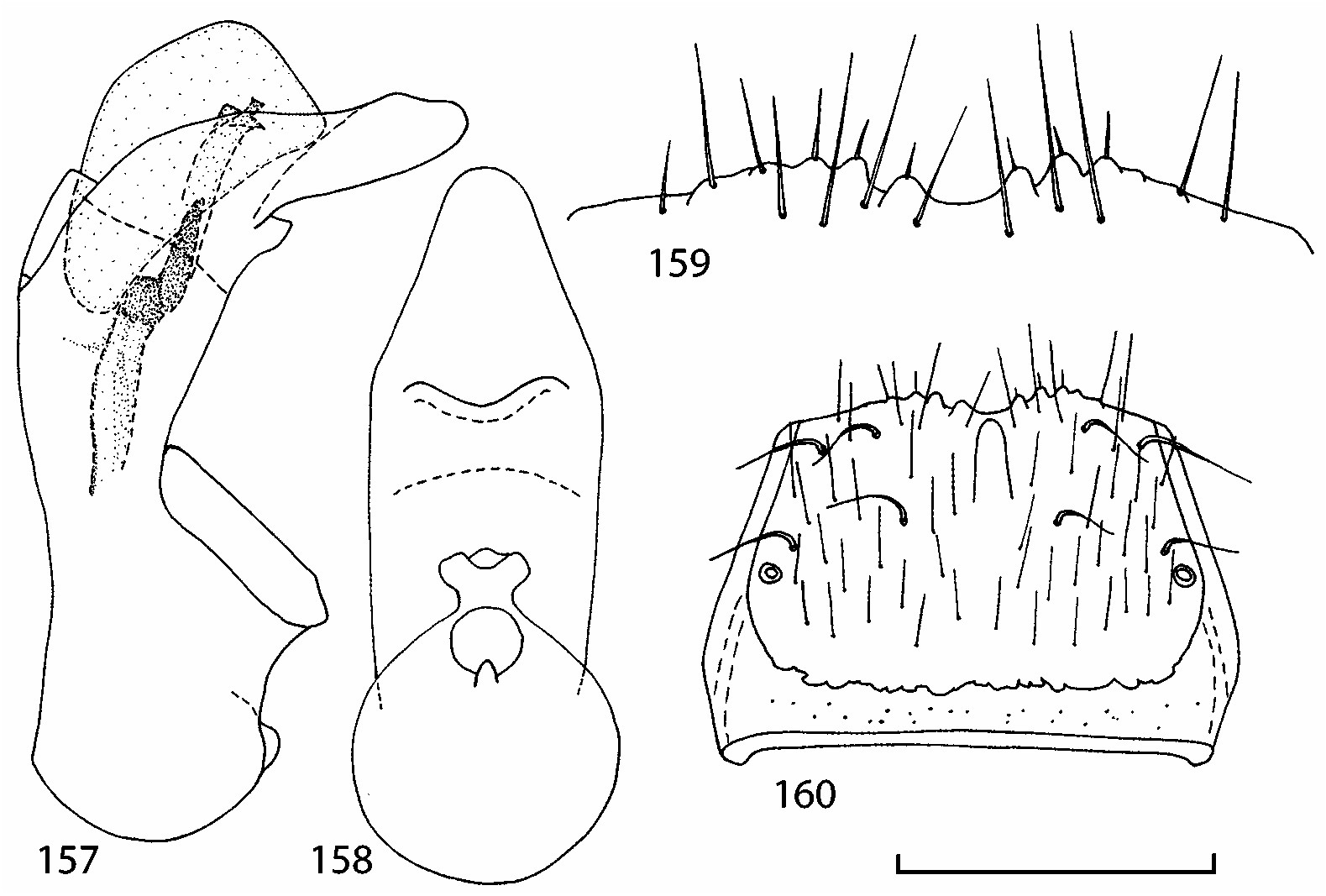