Description. Low-spired and fast-expanding shell. The ornamentation consists of orthocline to slightly prosocline axial ribs and much weaker spiral ribs with small and sharp knobs at the intersections. Aperture and apex not preserved.

Remarks. The style of coiling resembles somewhat that of peltospirids, e.g. the “scaly foot gastropod” or Peltospira   ( McLean 1989; Warén et al. 2003). Also the style of the axial ribs and the knobs is reminiscent of Peltospiridae   . However, there are several similar vetigastropods, e.g., Granata Cotton, 1957   . Unfortunately the aperture is not preserved and we are unable to substantiate this preliminary identification. 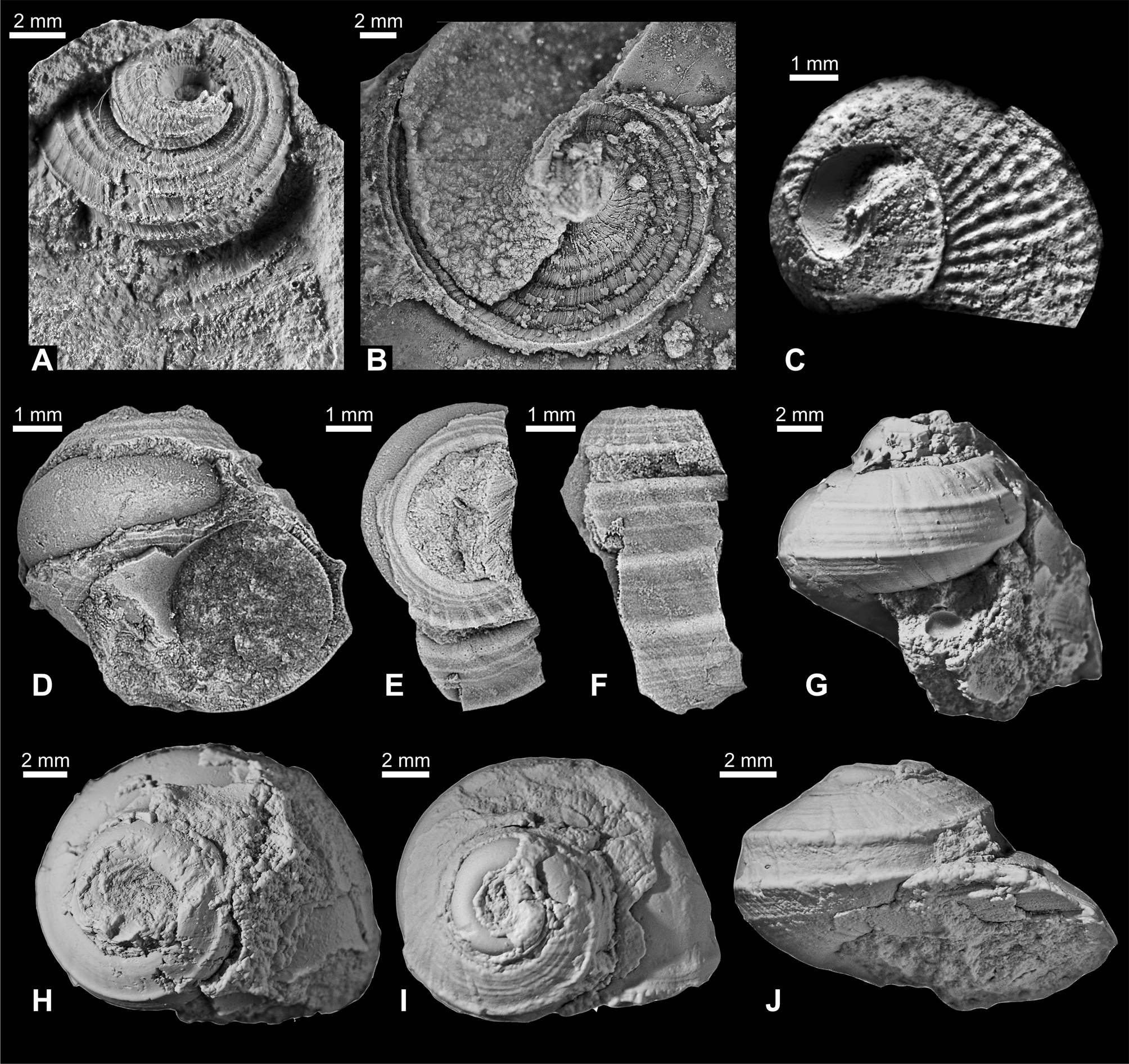