Remarks. This species was preliminarily identified as “Abyssochrysoid gastropod” by Kiel et al. (2013) pending formal description. Together with A. campbellae   n. sp. described below it forms a distinctive genus that inhabited ancient hydrocarbon seeps. Abyssomelania cramptoni   is much smaller than A. campbellae   and has weaker and more numerous spiral ribs on the base. The greatest diameter of the whorl is higher above the abapical suture giving more bulgy appearance than in A. campbellae   . The growth lines of A. cramptoni   are angulated in the upper part of the lateral flank while in A. campbellae   the growth lines are angulated in the middle of the lateral flank.

Etymology. For James S. Crampton, who made the field work in New Zealand possible. 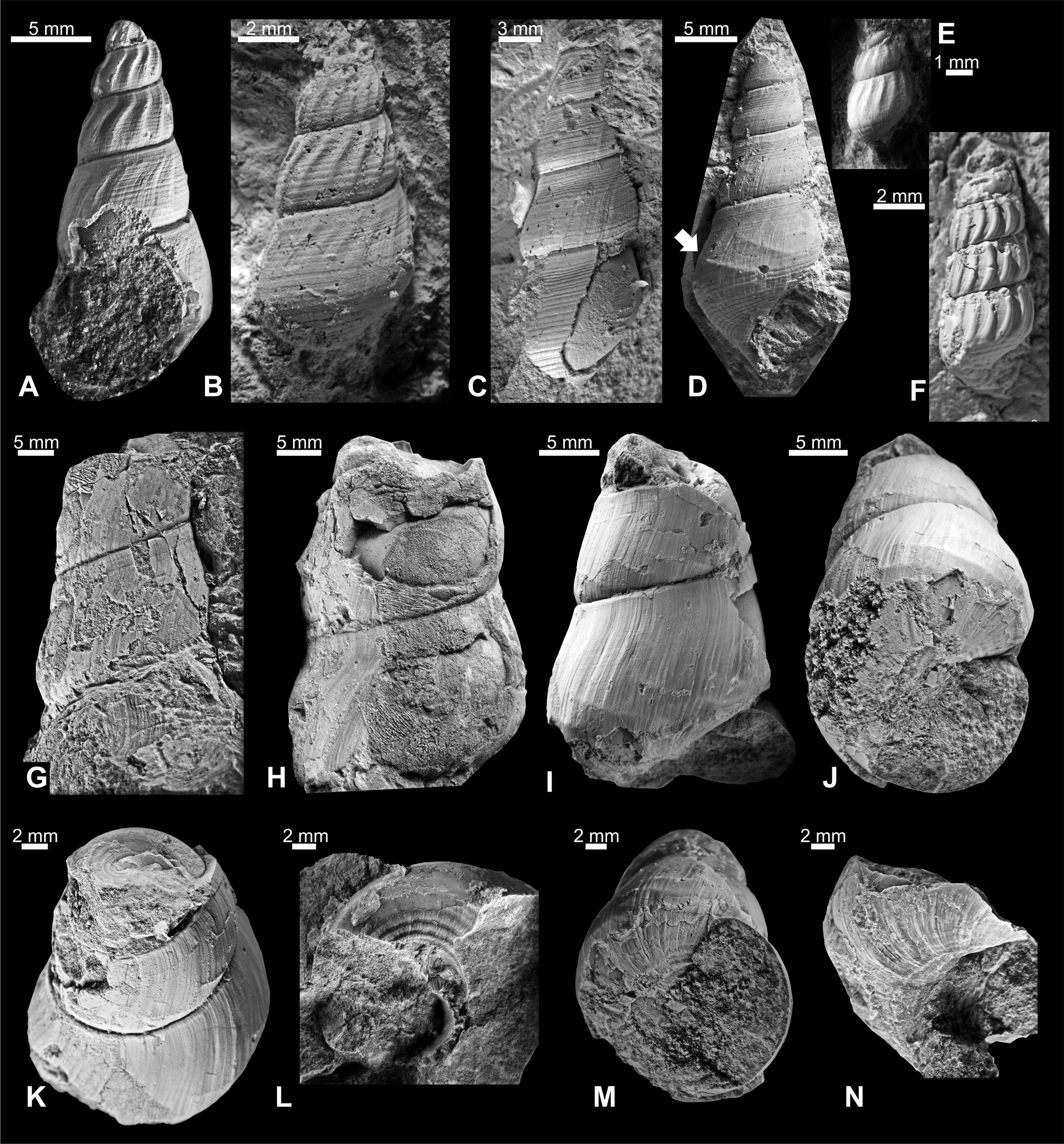