Description. The largest complete specimen ( CAS 73135 View Materials ) is 7.6 mm in height and 6.8 mm in length (we follow La Perna, 2005 for the measurement orientation for nucinellids), of truncate nucinellid shape, and has a row of thick taxodont teeth below the pointed umbo.

Remarks. Chemosymbiosis has recently been documented for Nucinella ( Oliver & Taylor 2012)   . Nucinellids are rare at fossil seep deposit but have a long geologic history in these habitats, with occurrences in the Late Triassic of Oregon ( Peckmann et al. 2011), the Early Cretaceous of Svalbard ( Hammer et al. 2011), and the Late Cretaceous and early Oligocene of Japan ( Amano et al. 2007, 2013; Kiel et al. 2008 a). 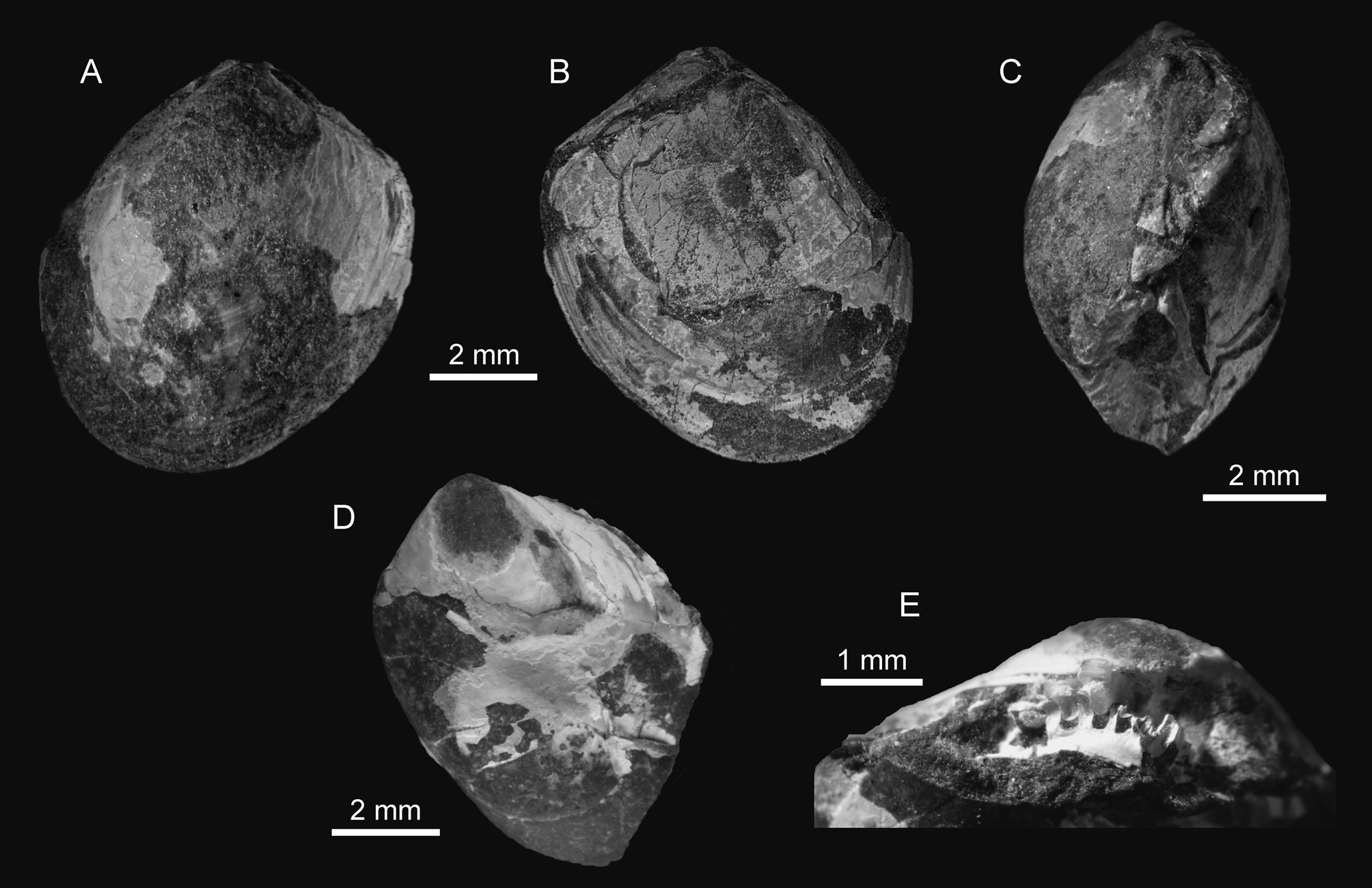