Description. The shell is broad turbiniform with at least four teleoconch whorls. Whorls are strongly convex and angular in the middle of lateral flank. The angulation is underlined by a narrow and tall band-like keel. The suture is distinct, incised; number of spiral cords per whorl increases from 10 on early whorls to more than 15 on later ones, new spiral cords appear gradually between earlier ones; no nodules at the intersections of spiral cords and fine prosocline growth lines. The same sculpture present on the whorl base. Aperture D-shaped uninterrupted but slightly pointed anteriorly.

Remarks. Paskentana hamiltonensis   sp. nov. differs from all other Paskentana species by having a clear median angulation of the whorls equipped with strong band-like keel; this feature is visible even in juvenile specimens. Paskentana berryessaenis Kiel et al. 2008 b   , which is also slightly angulated, additionally has a clear nodular pattern at the intersections of spiral ribs and growth lines, and fewer spiral ribs. Moreover, the aperture of P. hamiltonensis   is pointed anteriorly while in P. berryessaenis   it is continuously circular. It remains uncertain whether the specimen from Bear Creek illustrated by Kiel et al. (2008 b: fig. 7 C) as P. berryessaensis   belongs to the latter or rather to P. hamiltonensis   because of the imperfect preservation of the specimen.

Etymology. The type locality is located near the mouth of Hamilton Canyon. 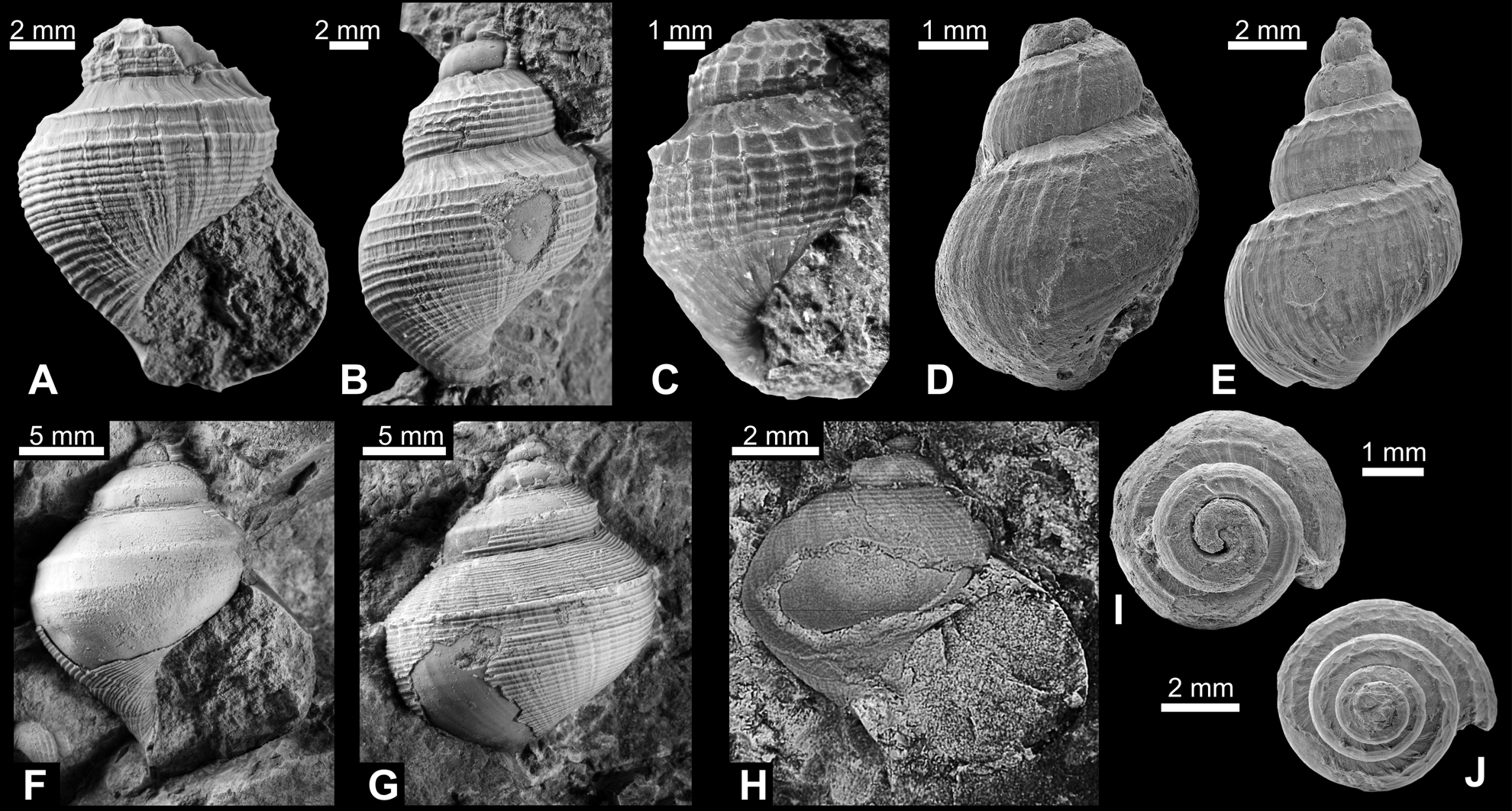