Description (male, female). Agreeing with generic description in most characters, but body more elongate than in other species and head more pointed in profile.

Head (Fig. 25) more acutely produced anteriorly in profile than other species of genus.

Notes. Paranomina longa   differs most obviously from other species of the genus in its more elongate head and thorax and the presence of four pairs of long dorsocentral bristles, instead of the usual three pairs. In the male, the shape of the surstylus is distinctive, but the material has not proved adequate for a description of the aedeagal features.

I particularly noted that there were absolutely no plants of Xanthorrhoea   in the habitat where I collected P. longa   at Seven Mile Beach. It appears possible that this is the only species of Paranomina   , if it is correctly placed in this genus, which is not closely associated with Xanthorrhoea   species.

The specific epithet refers to the comparatively elongate head and thorax of this species. 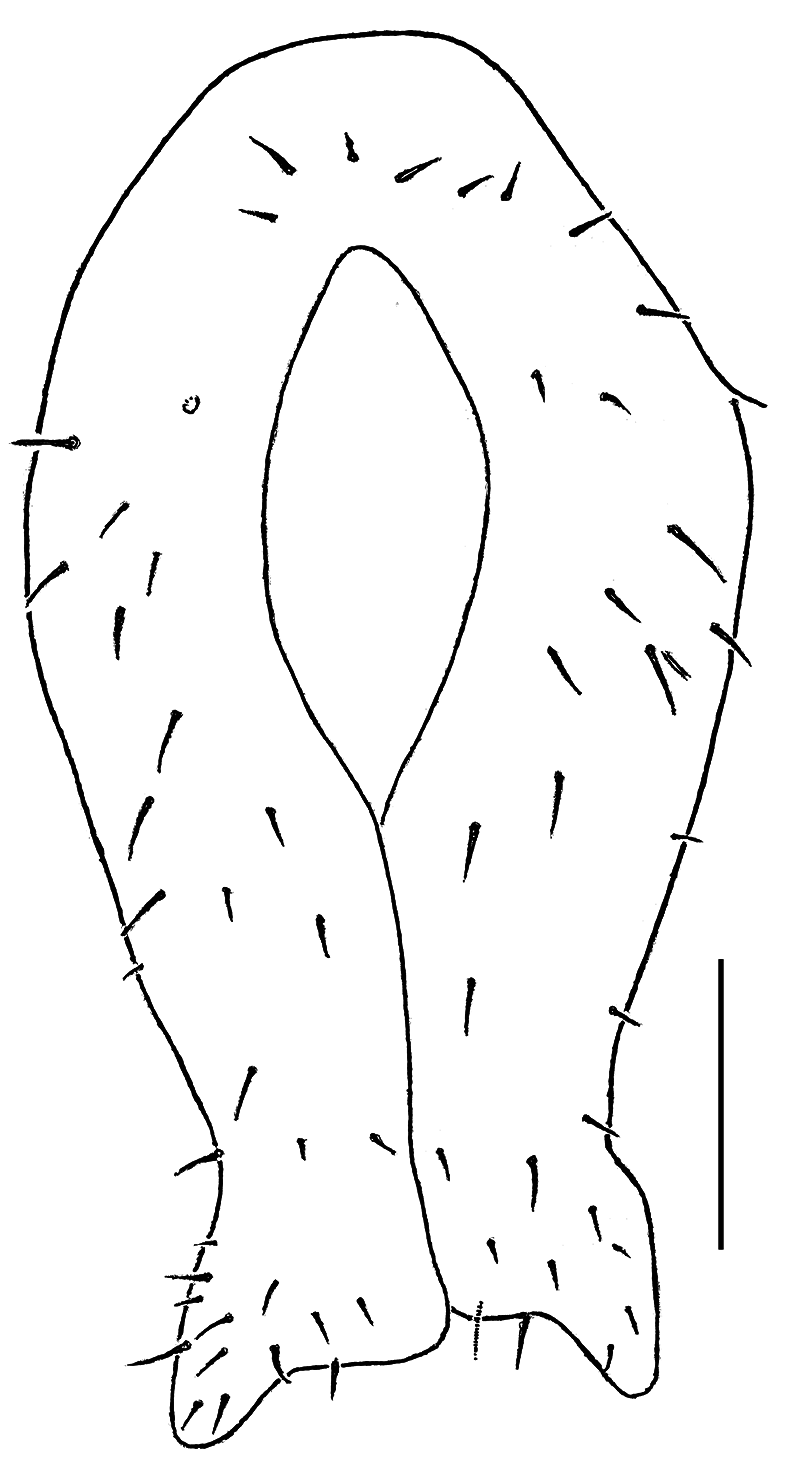