Other material examined. New South Wales: 2♀♀, from Goonoo State Forest and Native Dog Hill respectively ( AM) are doubtfully referred to this species   . 1♂, with same collection data as holotype, has slightly differently shaped aedeagal rods, and is considered doubtfully conspecific, in view of the paucity of study material   .

Description (male). Agreeing with generic description in most characters.

Notes. Paranomina martini   apparently has the shape of the surstylus distinct from such related species as P. danielsi   , P. stuckenbergi   and P. mouldsorum   . The distal part of the aedeagal rod ( Fig. 18 View Figures 17, 18 ) is distinct from all other known species but may prove to be slightly variable when the species is better known.

The specific name refers to John C. Martin, in recognition of help with photographic studies of Paranomina   . 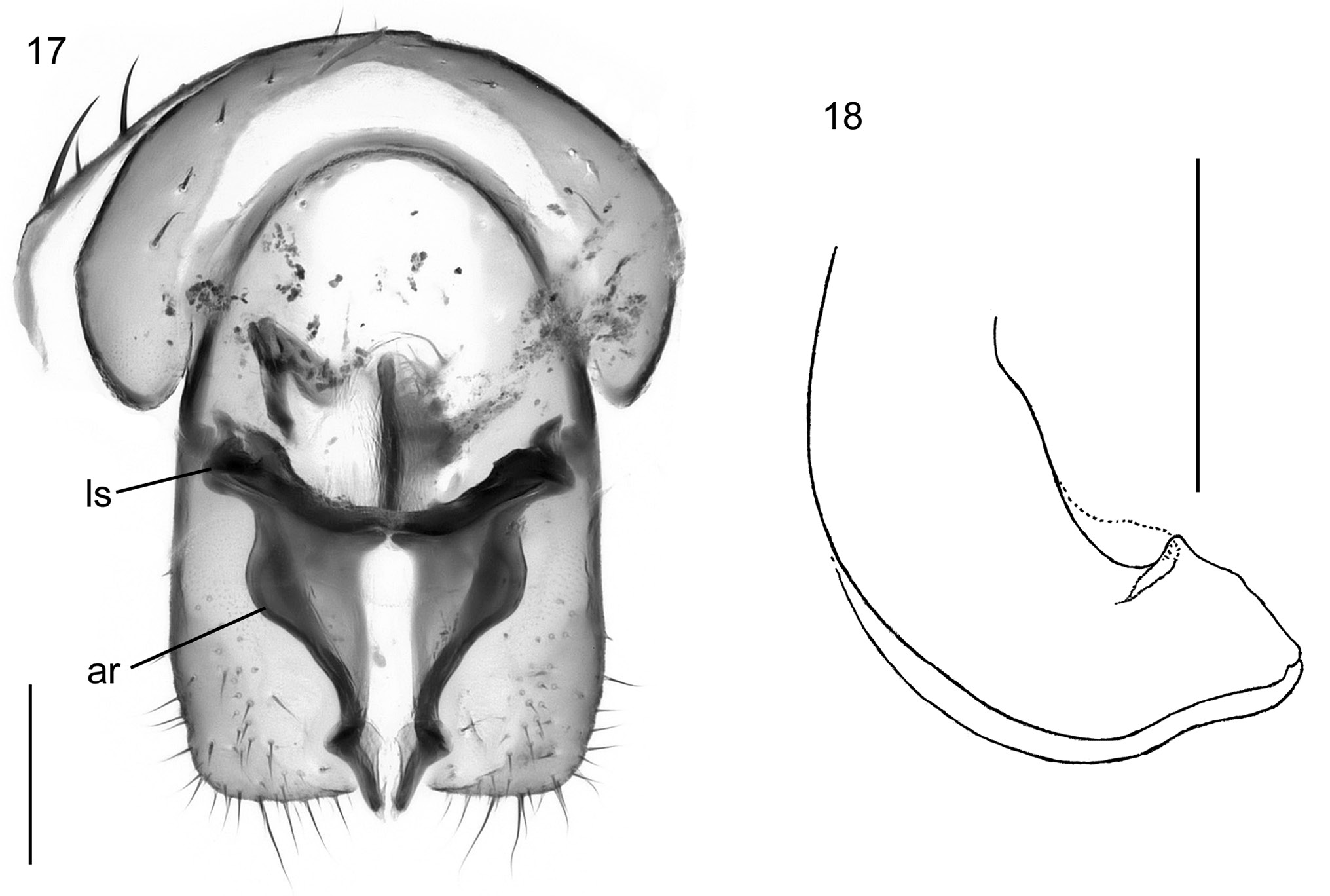