Head capsules of the subfamily Tanypodinae   can be distinguished from the other subfamilies at first glance. The most obvious feature, unique for this subfamily, is the presence of ligula and a pair of paraligulae at each side of the base of the ligula. Another typical feature is the absence of distinct mentum and ventromental plates. If toothed dorsomentum present, it is less notable and of different shape as in other subfamilies ( Fig. 3 View FIGURES 1–8 ). Mandible curved, tapered towards apex into dark apical tooth with one (rarely more) inner teeth. Distal part of mola swollen into lobe appearing as a large tooth (in older literature called also basal tooth ( Fittkau & Roback 1983). Features used to distinguish morphotypes are mainly number of teeth, shape and colour of ligula, presence/absence of dorsomental teeth and the shape and colour of occipital margin. Unfortunately, in the subfossil material ligula (and frequently also other structures important for identification) is often missing. In that case, position of cephalic setae and sensory pores can be used for generic diagnosis. Our manual does not focus on this character, but there is a relatively extensive literature dealing with it (see Kowalyk 1985; Rieradevall & Brooks 2001; Brooks et al. 2007; Cranston & Epler 2013). 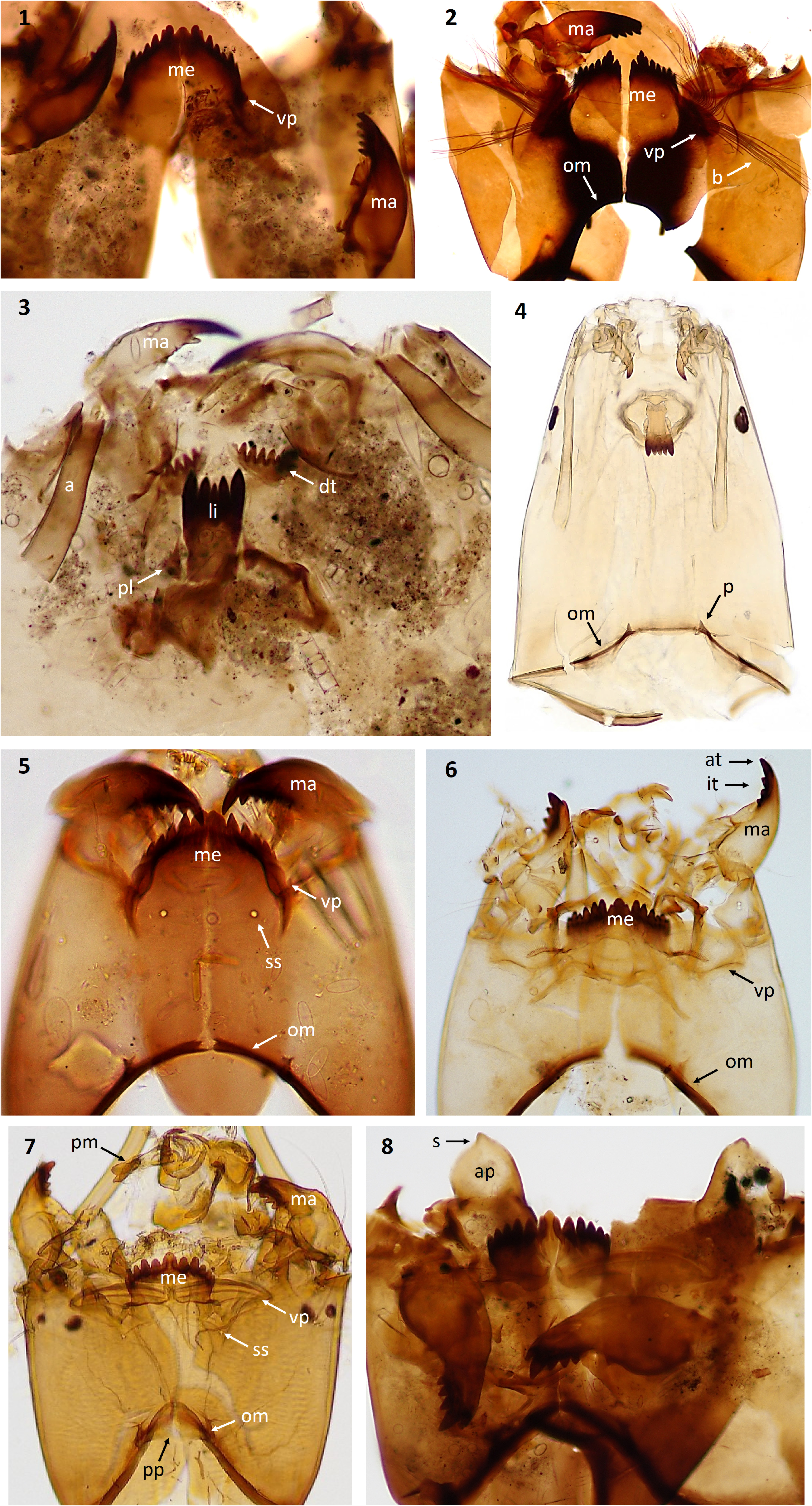