ABDOMEN. Eighth tergite as stripe at base of eighth abdominal segment, in addition to presence of two distal broader patches.

DORSAL HINDWING. Ground color similar to forewing; submarginal and marginal line somewhat visible though transparency along the costal margin, specially near the tornus.

VENTRAL HINDWING. Ground color similar to forewing; discal line dark reddish brown, almost straight, running from costal to the inner margin; postdiscal line similar to and more or less parallel to discal line, passing through the end of the discal cell at the origin of M 3, and posteriorly directed to the base of the wing at 2A-3A; submarginal band wavy, similar in color and width to the discal and postdiscal line, running from apex towards the tornus, occasionally fused with the posdiscal line near the costal margin and occasionally fused to the submedian line in 2A-3A; marginal line similar in color, but thinner than other lines, slightly wavy along the outer margin; submarginal ocelli from M 1 to 2A, roughly oval, dark brown encircled by a marked orange ring and a subtler brown ring; pupil with scattered silver scales, ocelli at M 2 -M 3, M 3 -Cu 1, and Cu 1 -Cu 2 similar in size, somewhat elongate, those in M 1 -M 2 and Cu 2 -2A underdeveloped, usually half the size of the other ocelli; scales of the areas between postdiscal and submarginal lines and submarginal and marginal lines with variable light purple to lilac tinge; fringe dark brownish.

GENITALIA ( Fig. 5B View Fig ). Tegumen somewhat flattened, anteriorly bulged, with a single dorsal dome-like projection near the base of the uncus; appendices angulares absent; uncus laterally flattened and straight, slightly longer than the length of the tegument in lateral view; brachia slightly shorter than the uncus, thicker at the base and narrowing to a point posteriorly; combination of ventral arms of the tegumen and dorsal arms of the saccus sinuous; saccus anterior projection tube-like, approximately the length of the tegumen; valva more or less triangular, stretched dorsal and posteriorly; basal half of valva larger, narrowing towards the apex, dorsal margin almost straight, ventral margin convex, apex broadly rounded; fultura inferior (i.e., juxta) strap-like; phallobase about one-third of phallus, rather straight; ductus ejaculatorius not discerned; aedeagus straight with manica covering approximately half, winglet absent, distal opening located ventrally where vesica is visible.

The silvery blue patch between the median and submarginal lines in VHW can vary in intensity, and the coloration of the ocellar ring is also variable, being more yellowish in some specimens.

This species is known to date from southeastern Brazil, from the states of Espírito Santo, Rio de Janeiro and Minas Gerais.

Three barcoded specimens of Z. mielkeorum   sp. nov. (BC-DZ-225, 248, 249) form a well supported clade (SH-aLRT/UF Boot = 99.8/95), with two individuals of Z. josti   sp. nov. (MUSM-LEP-68763, 18704) ( Fig. 1 View Fig ). Despite the small sampling size (n = 5) for these two species, the existence of a ‘barcoding gap’ between these two taxa (see corresponding section of Z. josti   sp. nov.), combined with the presence of wing pattern and genitalia differences that separate these two species, leads us to consider them as distinct species. The known ranges of these species are approximately 3000 km apart, reinforcing this taxonomic decision. In fact, no known area of sympatry exists between any species pair in the “ saundersii   clade”, which thus appears to have undergone allopatric speciation. However, this taxonomic treatment will result in accepting Z. mielkeorum   sp. nov. as a paraphyletic group. Although it is not an acceptable taxonomic practice to name non-monophyletic groups, we argue in this case based on the fact that BC- DZ-249 is missing first 80 or so base pairs of its sequence. This missing information might have resulted in separation from the sequence generated from the individual from the same locality (BC-DZ-248, from Res. Ecologica Sooretama, Espírito Santo, Brazil) and, in fact, grouped together with BC-DZ-225, which is a specimen from a different site (Minas Gerais, Brazil). It is also worth noting that a number of butterfly species are recovered as paraphyletic, including species in some of the best studied butterfly genus Heliconius Kluk, 1780   (e.g., H. erato (Linnaeus, 1758)   as in Kozak et al. 2015). Clearly, more data based on more individuals is needed in order to draw a firm conclusion as to taxonomic status of these two populations, and our treatment herein is a mere provisional hypothesis based on available information. 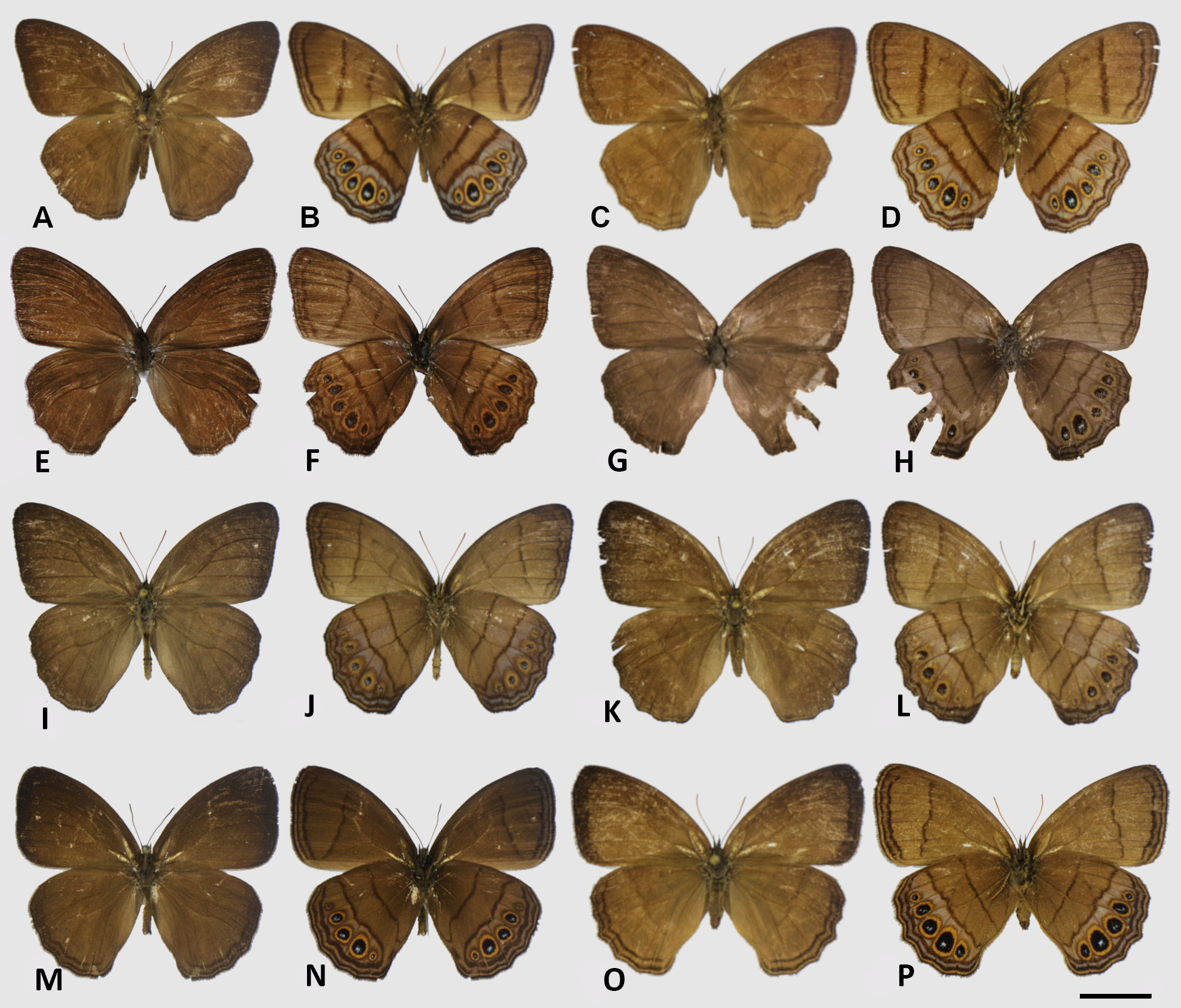