This species is probably most similar to M. paucispina , n. sp., M. pacuara (Flint) , and M. zamora , n. sp., particularly in having a short dorsal phallic spine with sharply upturned apex and projecting lateral wing-like appendages. It can be distinguished from any of these species by the unusual and diagnostic pair of enlarged spiral endophallic spines. 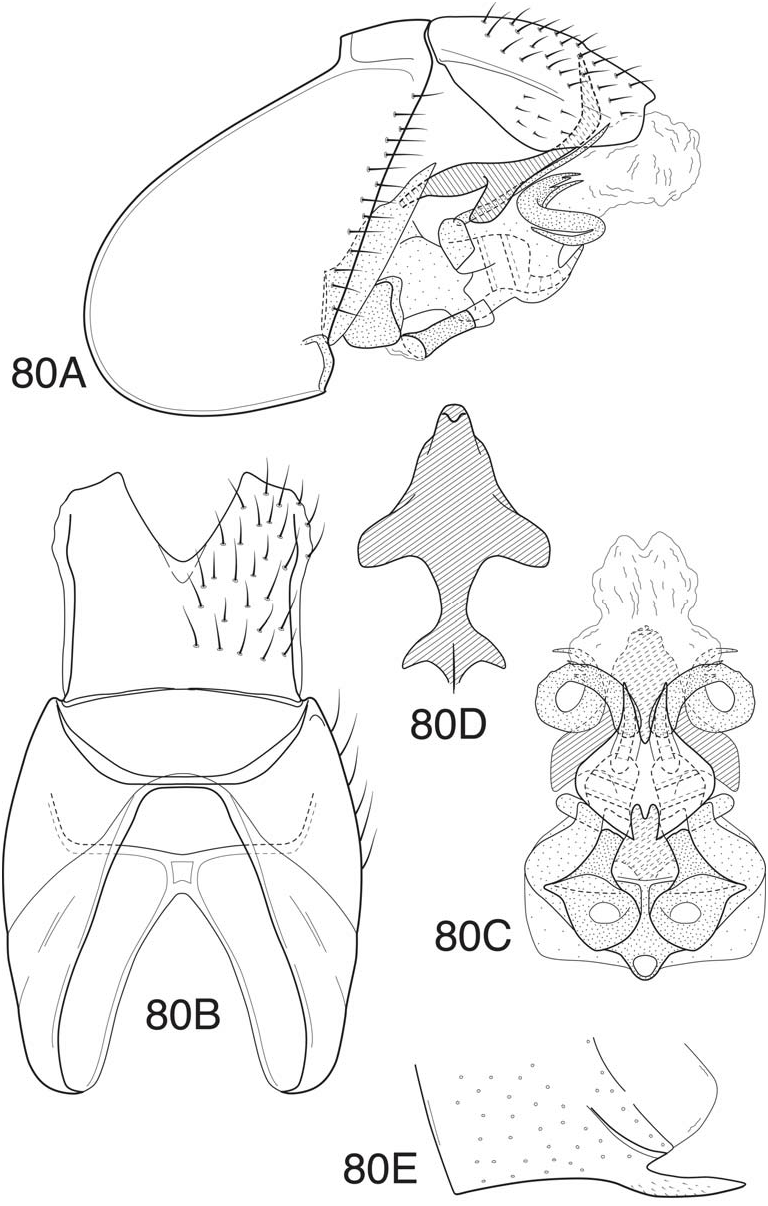