Head about 1.5× as broad as mesosoma, 3.5× as broad as long in dorsal view, smooth throughout, with sparse bristles on vertex and a row of setae along eye orbits on face ( Fig. 11D View FIGURE 11 ). Occipital margin with sharp carina. POL about 1.7× OOL. Head in frontal view about 1.3× as broad as high. Eye with short sparse setae; its height 1.6× longer than malar space. Mouth opening somewhat concealed under convex lower face, its breadth about 0.6× malar space; cutting edge of mandible reduced. Upper margins of antennal toruli situated notably below level of lower eye margins ( Fig. 11C View FIGURE 11 ). Combined length of pedicel and flagellum 1.4× as long as maximum   head breadth (measured between outer eye margins). Scape about 5.2× as long as broad, and about 0.6× as long as head height; pedicel 1.6× as long as broad. Funicle three-segmented: F1 about 4.4×, F2 and F3 about 3.7–4.0× as long as broad; clava about 5.3× as long as broad (without long terminal spine).

Etymology. The specific epithet emphasizes similarity of the new species with P. afroteres   and consists of kafro – (from “Kafraria”, the old name of a part of Africa) and – teres (Latin for “smooth, polished”) referring to the surface of face of the species. 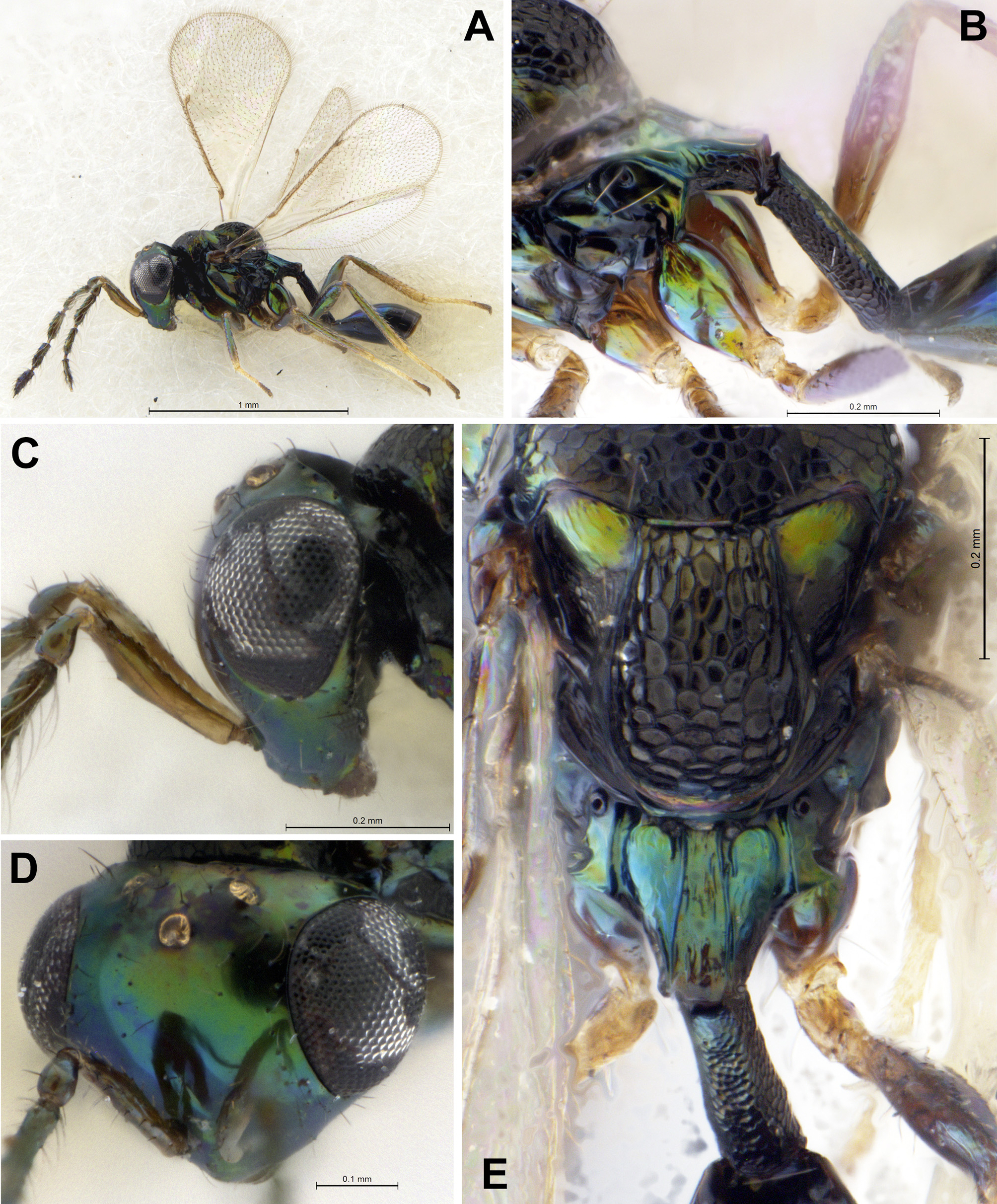