Life colour. The carapace was dark brown in the recently dead specimen.

Etymology. The name is derived from the Latin secula  for sickle; alluding to the strongly curved G 1 structure of this species. The name is used as a noun in apposition.

Remarks. Terrathelphusa secula  n. sp. belongs to the group of Terrathelphusa  species that have relatively low epigastric cristae, a third maxilliped ischium that is relatively short (length to width ratio 1.5–1.6), and a relatively short G 2 distal segment (0.5 times or less then the length of the basal segment). The two other species belonging to this group, T. ovis  and T. telur  are from eastern Sarawak and Borneo. All the other Terrathelphusa  species have more prominent epigastric cristae, a relatively longer third maxilliped ischium (length to width ratio 1.8–2.1 times) and a much longer G 2 distal segment (0.6 length of basal segment or longer) ( Grinang & Ng 2015: Table 1). The carapace shape of T. secula  n. sp., however, is much wider and more transversely ovate than those of T. ovis  and T. telur  , and is most similar to the condition observed for T. loxophthalma  (cf. Ng 1997: fig. 3). It is certainly more tranversely ovate and proportionately wider than any of the species now known from western Sarawak (cf. Grinang & Ng 2015).

The most diagnostic feature of T. secula  n. sp. is its distinctive sickle-shaped G 1. While other species of Terrathelphusa  can have gently curved G 1 s (e.g., T. ovis  and T. telur  , cf. Ng 1997: figs. 6 E –H, J –L, 8 C –F), none have a G 1 that is as strongly curved and with a terminal segment that long ( Fig. 3View FIGURE 3 A, B, D). In fact, the length of the G 1 terminal segment of T. secula  n. sp. is such that it closely resembles those of several species of the gecarcinucid genus Thelphusula Bott, 1969  (cf. Tan & Ng 1998; Grinang & Ng 2014). The carapace of Thelphusula  species is nevertheless more quadrate, the epigastric and postorbital cristae are distinct, the male abdomens is relatively broader, and the distal segment of the G 2 is very short (see Tan & Ng 1998). 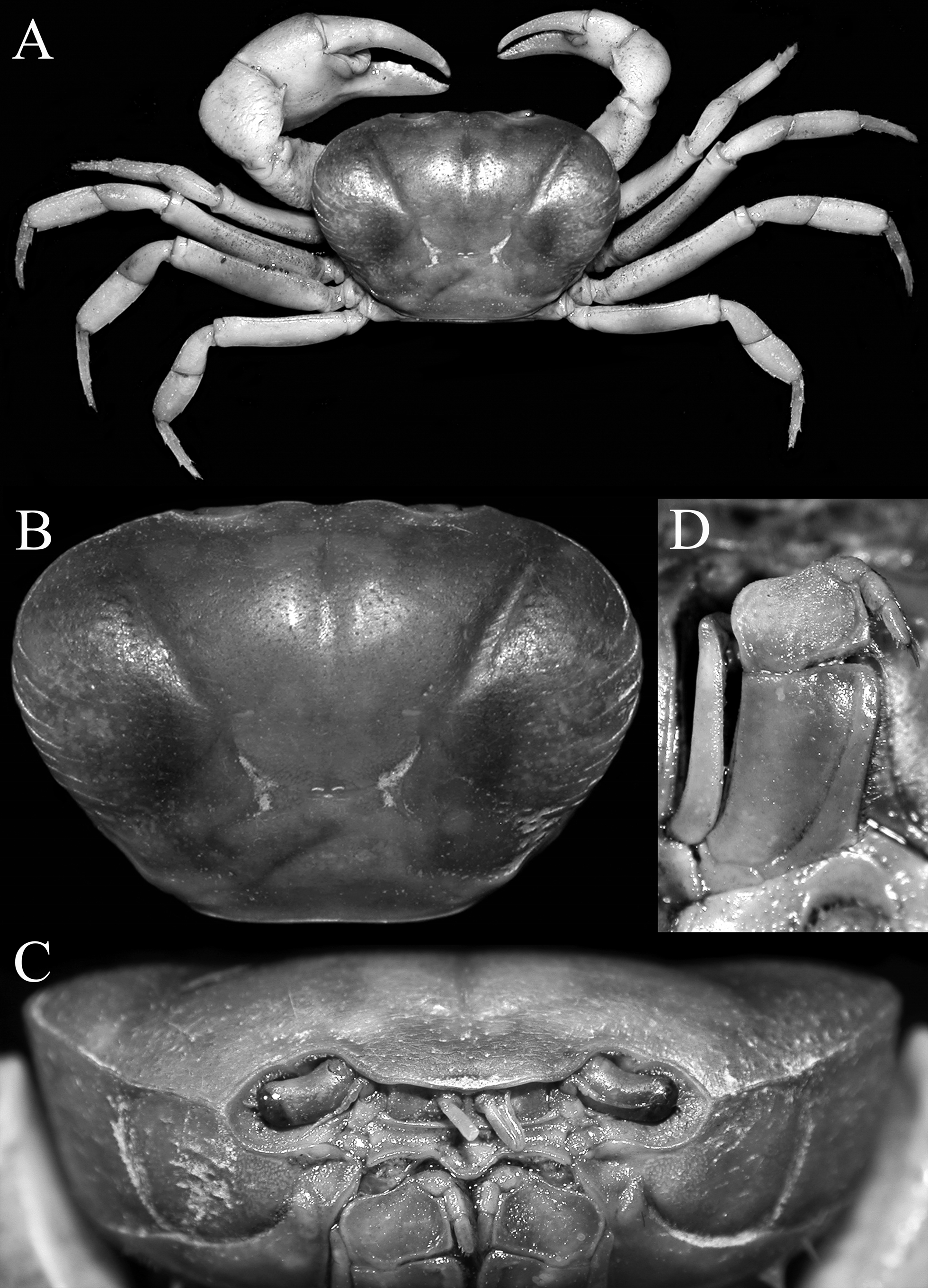 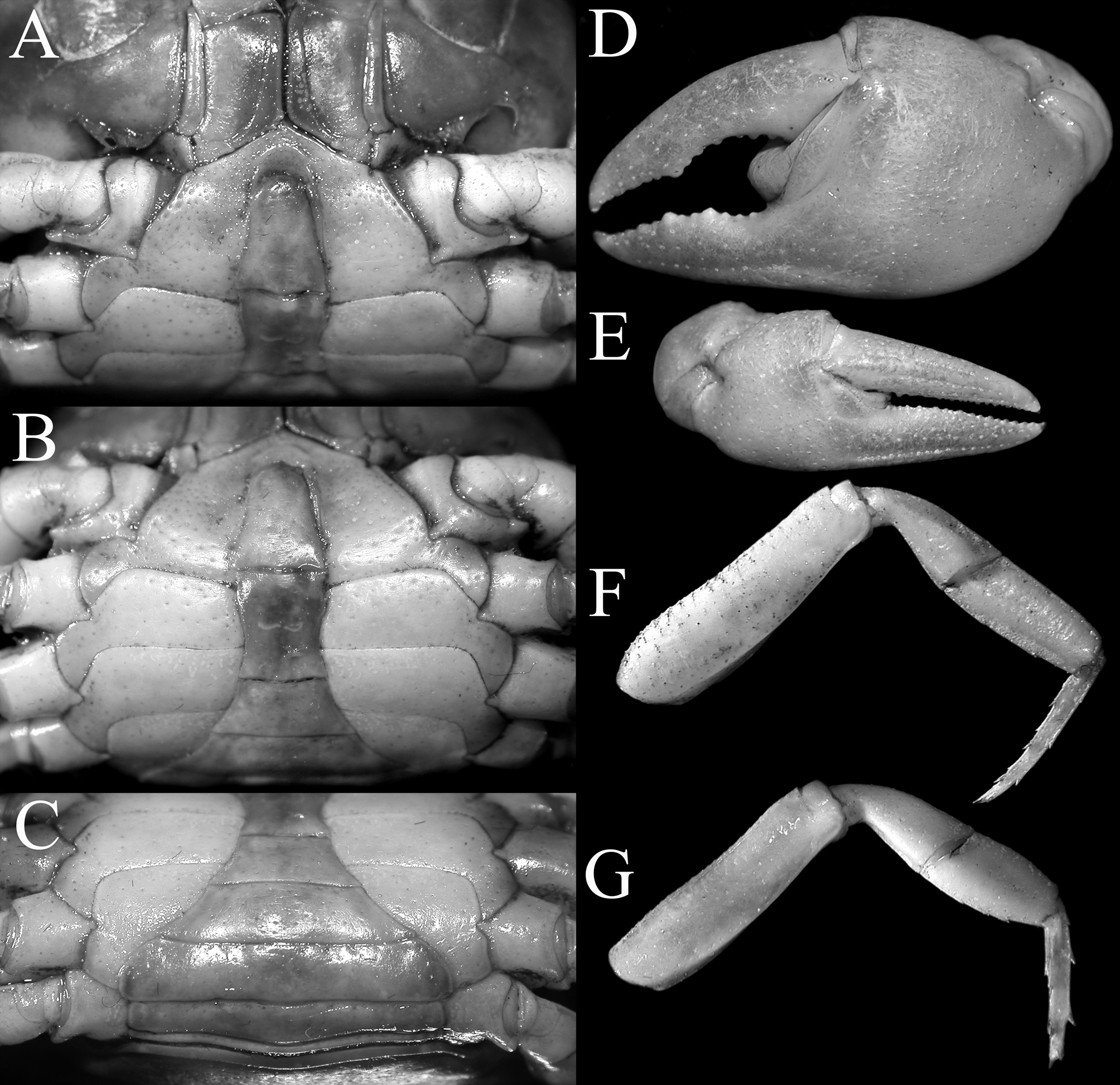 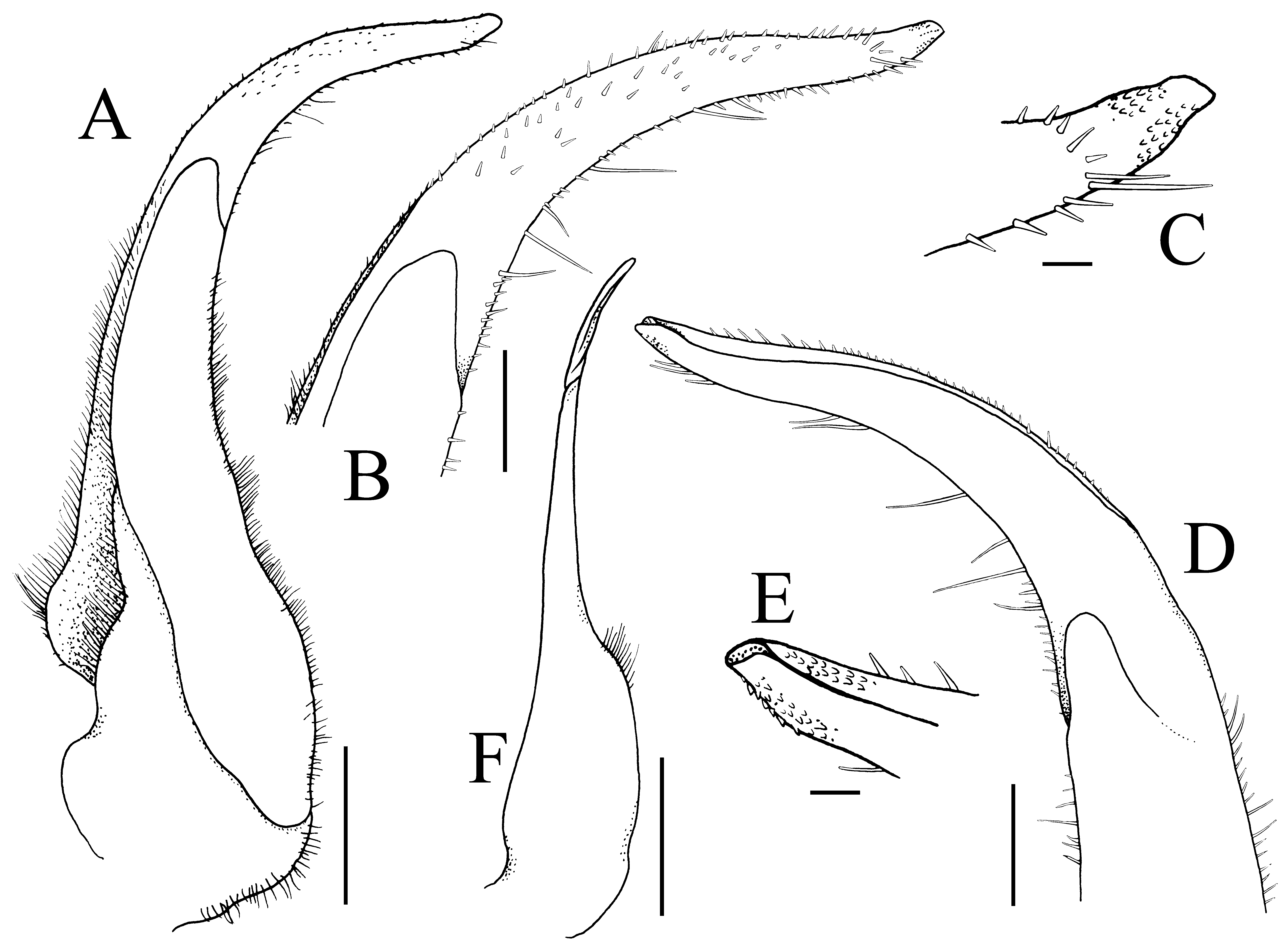