Remarks. Species inquirendae. Hogans (1988a) considered P. elegans  as species inquirendae based on a lack of type material. The original description, though brief, portrays the species as exhibiting a unique cephalothoracic shape and papillae configuration ( Fig. 8View FIGURE 8 b). Pennella elegans  is a small species originally described from a single female without egg strings. The only other record of P. elegans  (from the same host and locality as the original record) is by Kannapuandi (1976) who described the cuticular adaptations in various structures of the parasite, but did not further elaborate on its morphology. 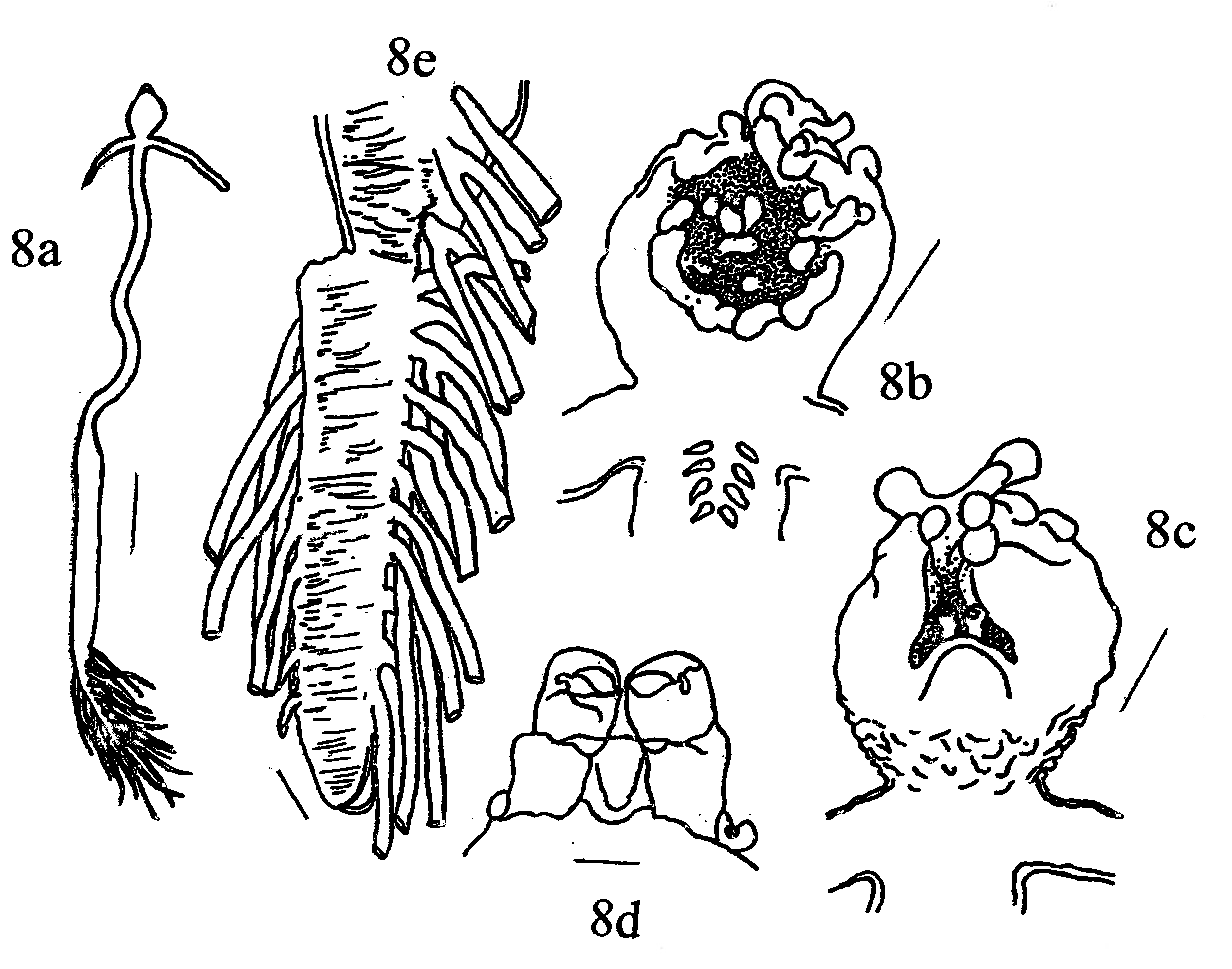