Etymology. The name means with yellow legs (luteus = golden yellow, pes = foot in Latin). It is reported as “ lutipes ” (manuscript name of Casey) on a label of an ancient specimen (FMNH), and it has been maintained, though with a spelling correction.

Male with widened mesofemora and mesotibiae curved and sunken in apical half, widened in an acute internal tip (Fig. 113), tarsomere 5 of posterior tarsi longer than 1-4 together.

Comparative notes. The small size, entirely dark color, presence of postocular carina (though not marked), absence of pronotal microsculpture, and especially shape of male middle tibiae are distinctive. Eusphalerum luteipes is similar to E. caterinoi , but in the latter the male middle tibiae are unmodified, the pronotum is distinctly microsculptured, and the aedeagus is different ( Fig. 103 View Figures 93-108 vs. 110) in shorter parameres with less numerous setae and in internal structures.

Natural history. The types were collected at low altitude, in a chaparral habitat, early in spring (March). 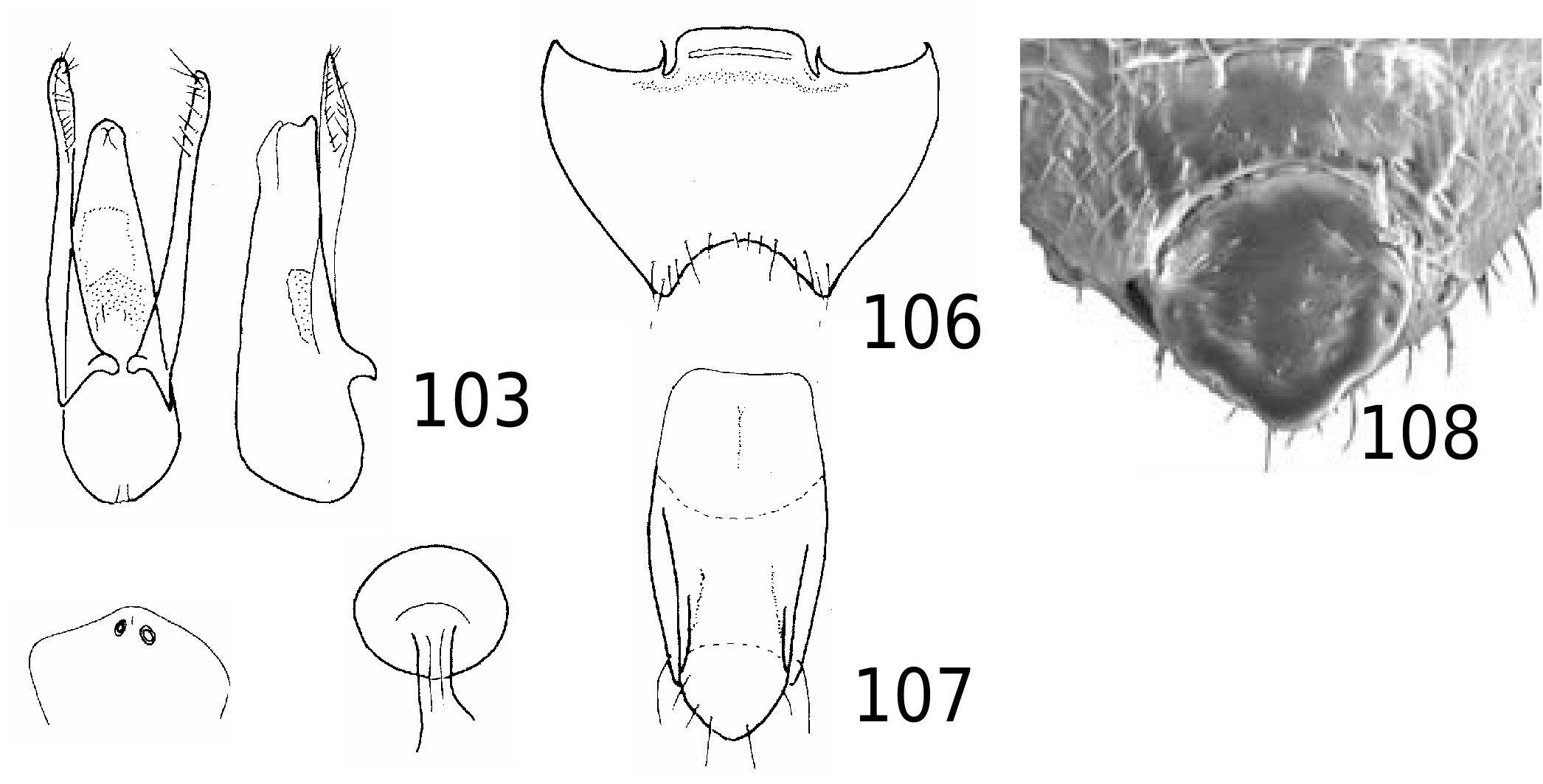