Tibiae straight in both sexes, tarsomere 5 of posterior tarsi slightly shorter than 1-4 together.

Comparative notes. Eusphalerum torquatum is easily separable from the other species living in Canada by its color pattern, which recalls light populations of E. californicum . The long pubescence, dense superficial punctation of pronotum, and impressed line that separates head from neck are distinctive. The form of the elytral apex of the female is also characteristic. The presence of a third vestigial ocellus is also recorded in the European species of the robustum group as well as occasionally in other omaliinegroup taxa.

Natural history. The species is regularly found on broom flowers, mostly Sarothamnus ( Fabaceae ), in Europe. This plant was introduced in North America and it is now widely distributed in the Pacific states, where it is considered a destructive invasive species, but it is not present in Newfoundland. The host plant(s) in this region is not known. Captures of E. torquatum in July. 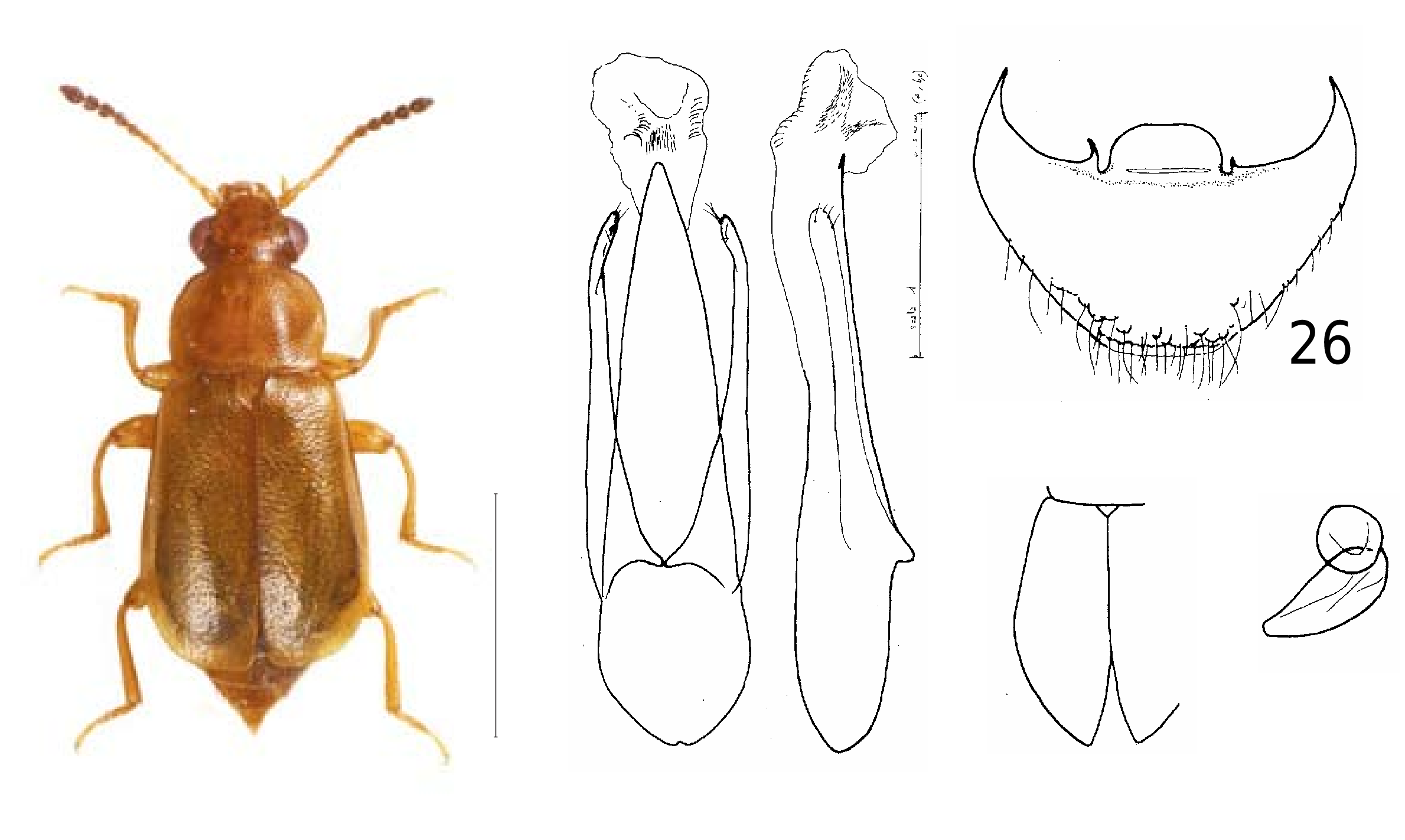