Etymology: Tectum (Latin—hidden, sheltered, disguised) is a reference to the cryptic nature of this species’ identity.

External morphology ( Fig. 6View FIGURE 6 A): As for S. fragilis  , with following differences: Head cream or pale yellow in fresh and formalin-preserved specimens, with distinctive triangular patch of lateral pigmented stripes on anterior central snout and mottled black pigment covering head and foot. Mantle either solid black or with spots of black pigment.

Digestive system ( Figs. 8View FIGURE 8 A, B): As for A. crenata  , but proportionally smaller.

Central nervous system: As for S. fragilis  , but presence of parapedal and subcerebral commissures not confirmed.

Remarks: Salinator tecta  sp. nov. is separated from S. fragilis  primarily by the distinctive mottled pigmentation on the head and the structure of the spermovipositor, which lacks the prominent projection found in S. fragilis  . 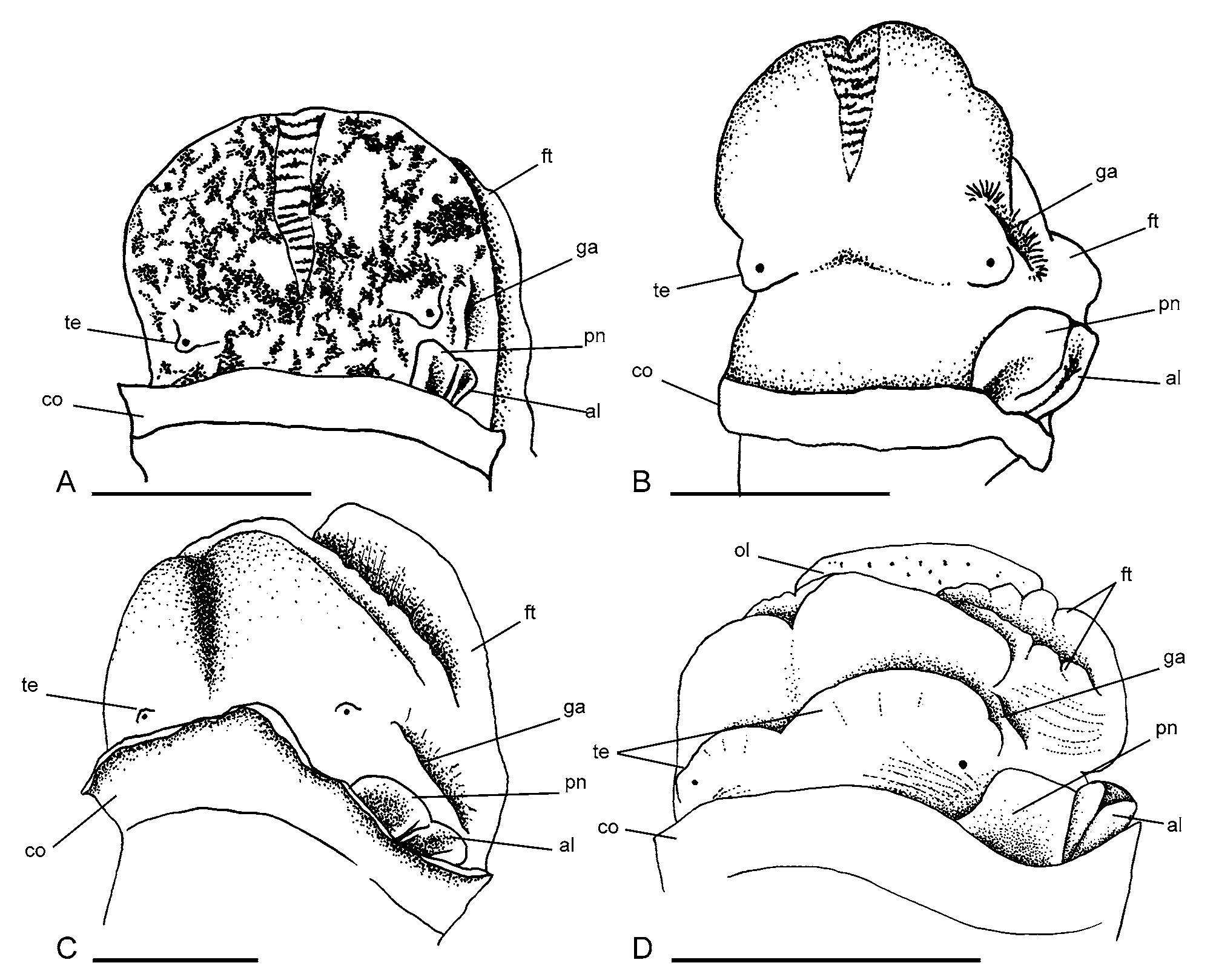