Biology. The holotype was captured in late December; no other information available.

Diagnosis. E. quadrata   differs from all other known species in the E. freyerella   species-group by the short antrum, the peculiar shape of the signum, and by absence of internal spines in the corpus bursae.

Remarks. In BMNH there is a second specimen collected in India (Mysore) and identified by E. Meyrick as E. quadrata   , but we have not examined it. 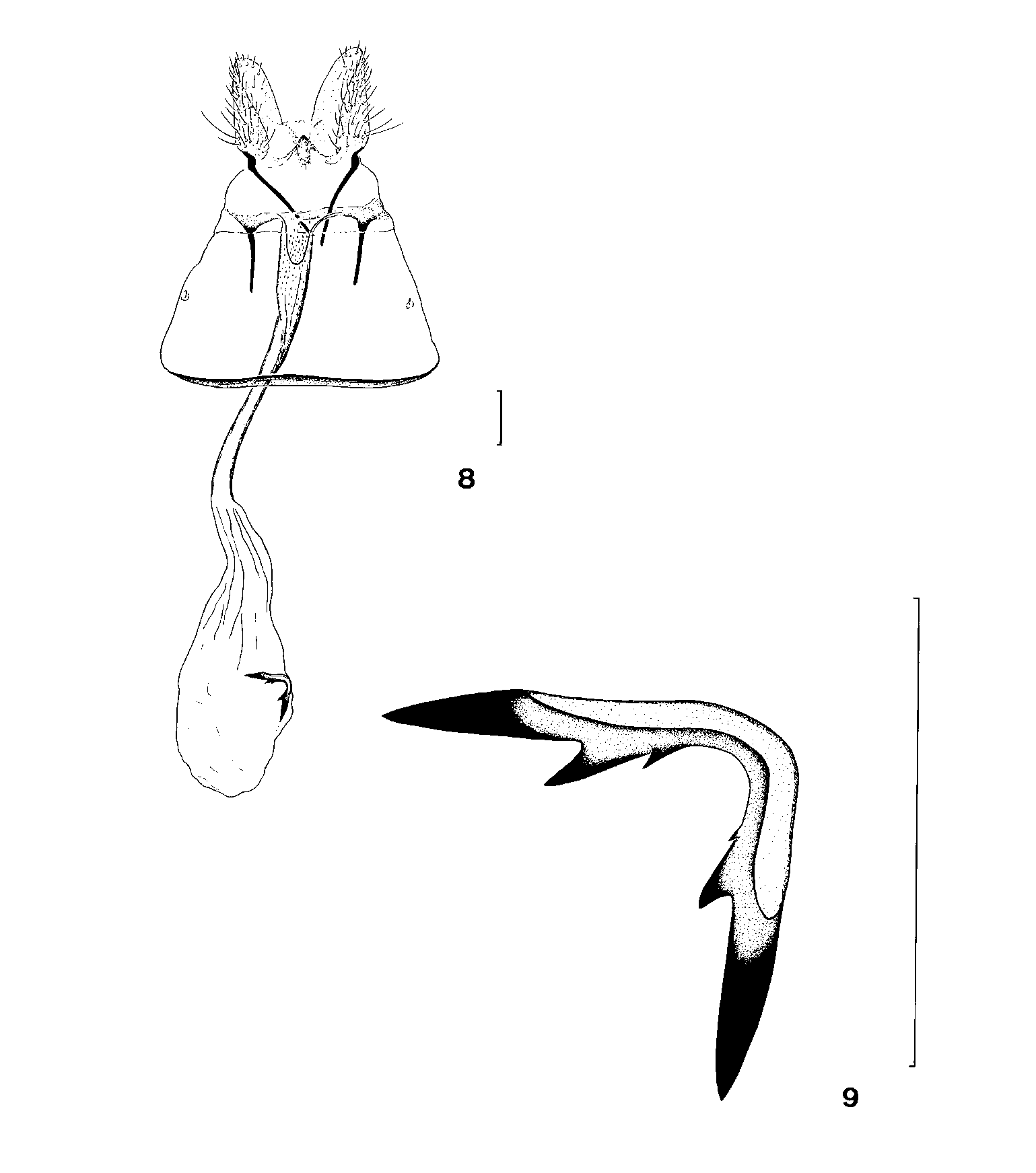