Type Series and Locality. Holotype, RUSI 21, adolescent male 530 mm TL (measured as 495 mm TL in the current study), collected off East London, Eastern Cape, South Africa (by J. L. B. Smith?), approx. 33 °00'S 27 ° 55 'E, from the shore “in shallow water among rocks” using hook and line, in good condition, although there is a large gash present on the dorsal midline of the head above gill slits 3 to 5, and there are a number of patches where the skin has been damaged, particularly on the right trunk, that may be due to poor preservation ( Fig. 7 View FIGURE 7 ).

Colouration. Haploblepharus fuscus   is the least patterned of the Haploblepharus   sharks ( Figs. 7 View FIGURE 7 & 8 View FIGURE 8 ). The holotype is a uniform chocolate brown, slightly paler ventrally, without saddles, spots, or any other markings ( Fig. 7 View FIGURE 7 ). In other H. fuscus   individuals, the background dorsal colouration is most often uniform chocolate brown or dull grey brown with no markings, although sometimes individuals have small inconspicuous black spots (rarely) or inconspicuous white spots ( Fig. 8 View FIGURE 8 A), never both; saddles variably present and inconspicuous when present ( Fig. 8 View FIGURE 8 B), more conspicuous in smaller specimens, centre of saddle more orange than background with darker margins anteriorly and posteriorly, colour in the centre of the saddle dull, number of saddles and position on body highly variable, usually between 2 to 4, although never on the head; one individual had white spots and indistinct saddles. No markings on any fins. Ventral colouration uniform white, off white, cream or paler than the background dorsal colouration, pectoral and pelvic fin webs darker, anal fin with dorsal background colour.

Remarks. Smith (1950) made his original description of H. fuscus   from two males, one 530 mm TL from East London, Eastern Cape ( RUSI 21) and one 680 mm TL from Knysna, Western Cape. The only reference to the designation of a type specimen made by Smith was on the illustration of the 530 mm individual, to which he labelled “ type ”. This, in accordance to Articles 73.1. 1 and 73.1. 4 of the International Commission for Zoological Nomenclature ( ICZN, 1999), establishes that individual ( RUSI 21) as the holotype. In accordance with Recommendation 73 D ( ICZN, 1999), the remaining specimen is a paratype of H. fuscus   , however, from examination of the SAIAB collection catalogue, this specimen apparently no longer exists, and there are no specimens of H. fuscus   in that collection with the locality of Knysna, suggesting that the paratype was never catalogued. Bass et al. (1975) and Springer (1979) refer to the two specimens described by Smith, but make no mention of the status of the paratype.

The dentition and denticles of H. fuscus   are described and illustrated by Smith (1950), Bass et al. (1975), and Compagno (1984 b). Bass et al. (1975) found no evidence of sexual heterodonty in H. fuscus   , and found the teeth to be quite different to other Haploblepharus   in being longer and narrower.

The juveniles of this species are scarce ( Bass et al., 1975; M. J. Smale, pers. comm.; current study), and there appears to be an unknown habitat that is used by H. fuscus   for egg laying, and where juveniles spend that stage of their life history. Only two juvenile specimens could be found in the present study. RUSI 6079 is a juvenile male 460 mm TL, collected from Port Alfred, Eastern Cape (33 ° 36 ’S 26 ° 54 ’E), and SAM 32614 View Materials ( Fig. 8 View FIGURE 8 B) is also a juvenile male 438 mm TL, collected from Langebaan Lagoon, Western Cape (Klein Oostervaal farm). Both of these juveniles are much larger than the juveniles of other members of the genus.

Haploblepharus fuscus   is regularly caught by shore anglers, who often regard them as pests ( Compagno, 1984 b; pers. obs.). This species is also occasionally used in aquaria, however, there is no directed fishery for this species for the aquarium trade at present (pers. obs.).

The biology of this species is virtually unknown, which is somewhat disturbing given that this is an inshore shark and caught with relatively high frequency by shore anglers in the Eastern Cape (pers. obs.). The gathering of biological data for this species should be considered a priority given that it is an endemic with a restricted range, with a habitat preference that is in a zone that experiences significant fishing pressure.

Distribution. Haploblepharus fuscus   is verified as occurring coastally, south of latitude 33 °S in South Africa ( Fig. 9 View FIGURE 9 ). Haploblepharus fuscus   is most commonly found in the Eastern Cape, from Storms River mouth to East London, however it is a rare visitor to the Western Cape and has been verified from a specimen collected in Langebaan Lagoon ( SAM 32614 View Materials ), assuming that the locality given for this specimen is accurate. Haploblepharus fuscus   almost certainly ranges north of East London, however, its northern limit on the east coast of South Africa is unknown. It apparently does not range as far north as Durban. Bass et al. (1975) record H. fuscus   from southern kwaZulu-Natal, without specifics. Bass et al. (1975) and Bass (1986) also record a specimen from Bredasdorp, Western Cape (true locality probably Arniston, Stuisbaai or Cape Agulhas because Bredasdorp is more than 20 km inland), which they did not examine, however this specimen was examined by the author and was determined to be H. pictus   ( SAM 24545 View Materials ).

Etymology. Although Smith (1950) did not give the etymology in his original description, there is little doubt that the specific name comes from the Latin, fuscus   , which means dusky, dark, or swarthy, and is in reference to the general drab brown colour of this species.

Common name. In an attempt to introduce species specific common names for this genus, this shark was given the name plain happy in Compagno & Human (2003). It is also known as the brown shyshark. 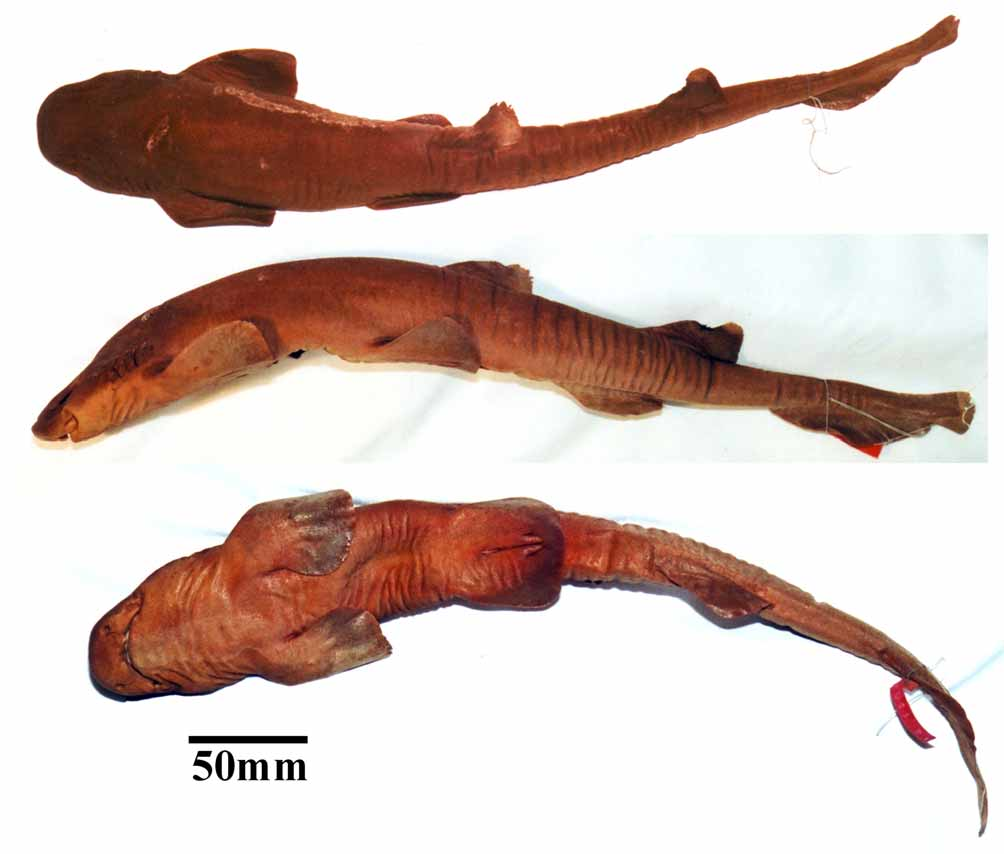 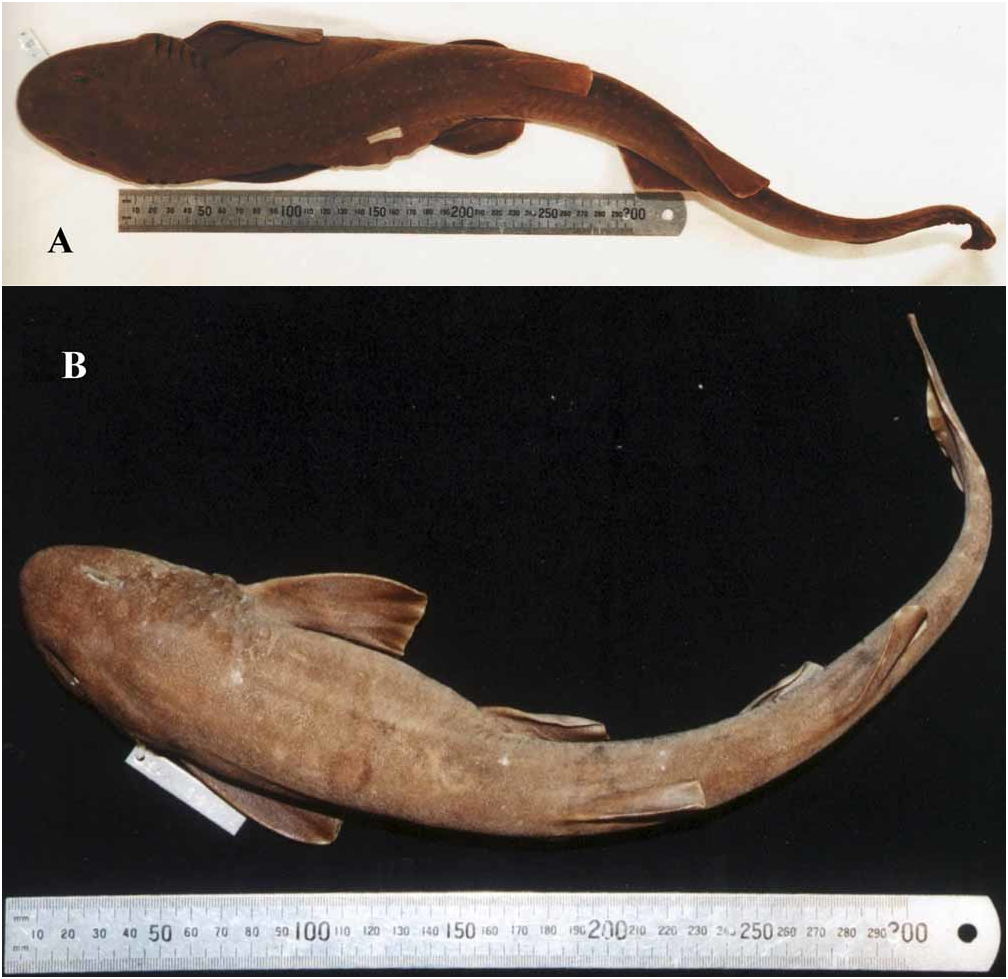 FIGURE 8. Photographs of Haploblepharus fuscus specimens: A) RUSI 25925; B) SAM 32614, to show the presence of spots or saddles, respectively, in this species. 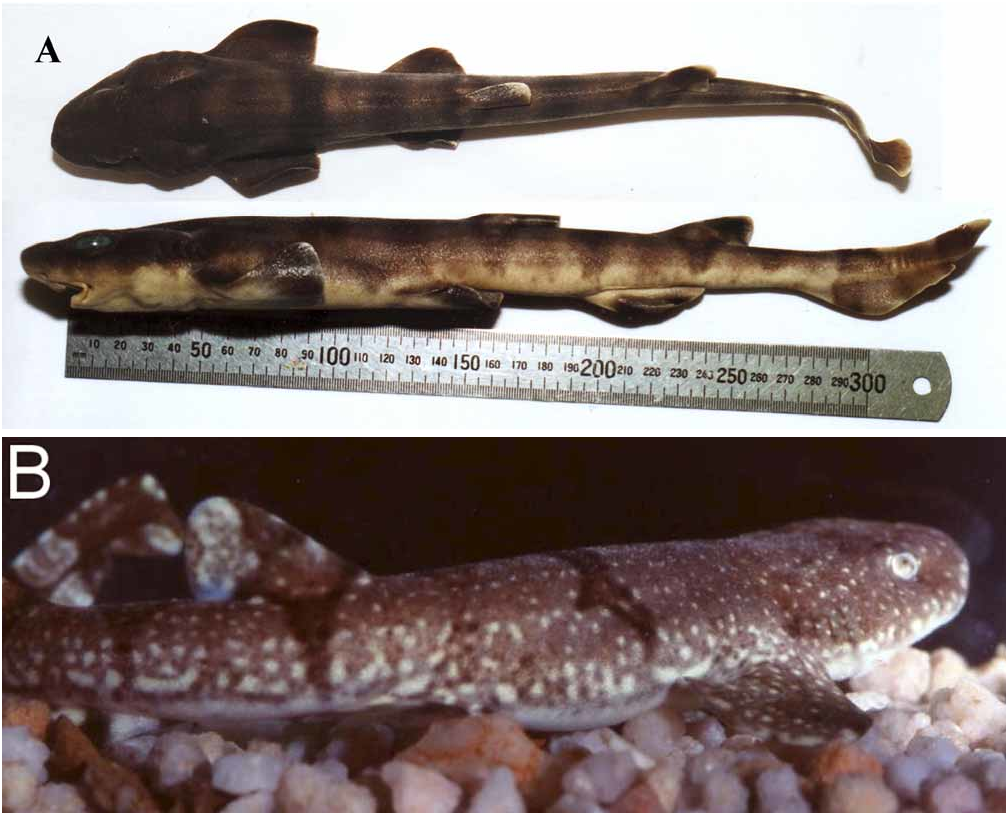 TABLE 3. Morphometric and meristic data for the holotype (HT) of Haploblepharus fuscus, plus sample size, mean and range for H. fuscus specimens (including the holotype). TL and WT are actual measurements in millimetres and grams, respectively. All other morphometric measurements are expressed as percentage of TL. Abbreviations as in Table 1.