Holotype: See Burla (1954) in Zoological Museum of the University of Zurich, Switzerland. Not examined.

Comments: We did not study the type specimen in Zurich, but we had available a male and female in the AMNH collected by Burla from the same or similar series from the Ivory Coast. In Burla’s (1954: fig. 217) diagram of the oviscapt he shows 5 small pegs in the ventral series, a rare feature to which our diagnosis conforms. The schematic diagram of an oviscapt by David et al. (2011) showed a row of 7 such small pegs, but they did not indicate the origin of the specimen. Their diagram of the male genitalia (David et al., 2011) is too basic to determine species identity. These authors and Prigent et al. (2020) mentioned that D. suma   has a widespread distribution in Africa and islands of the Indian Ocean, which we have not been able to confirm. 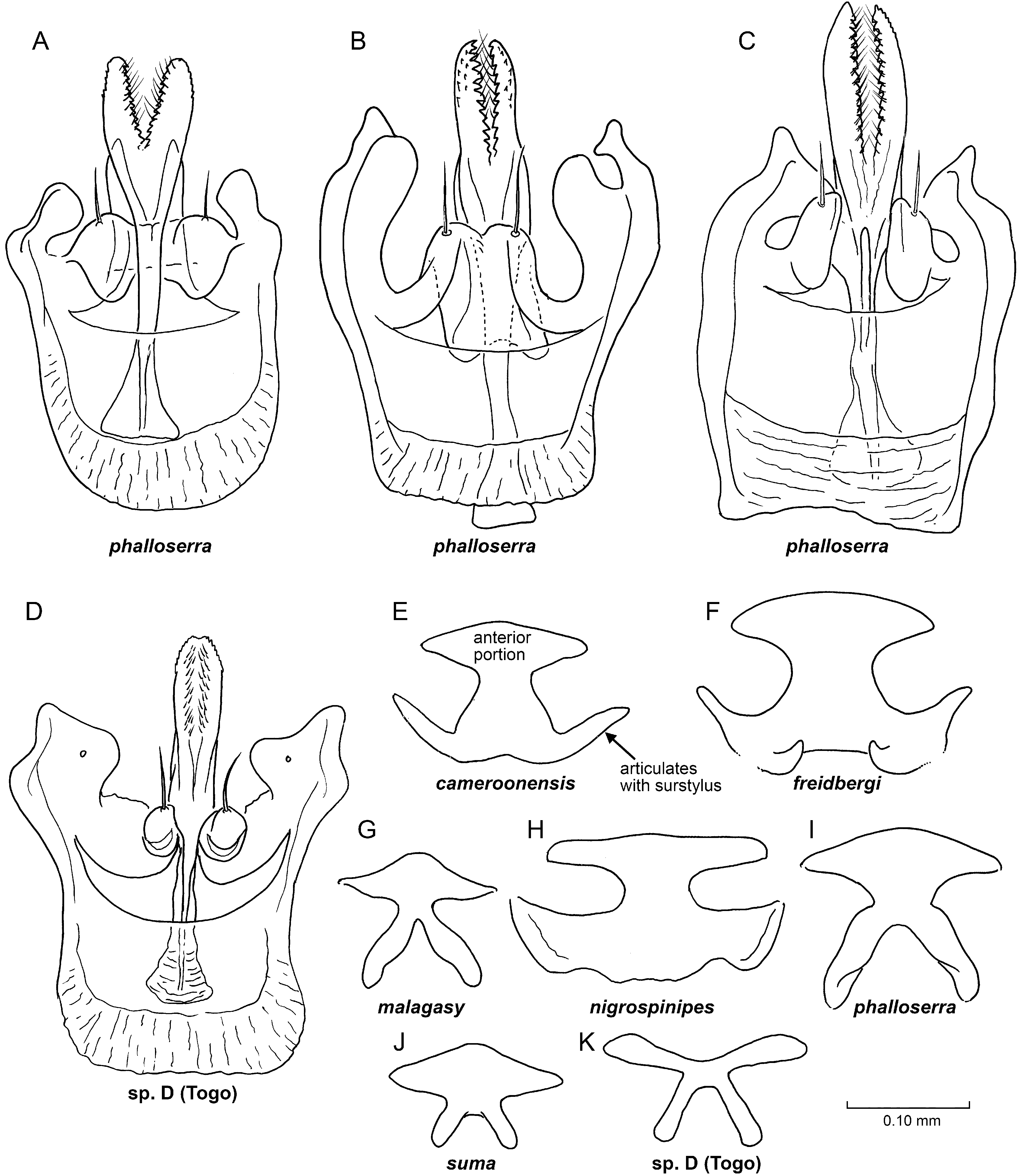 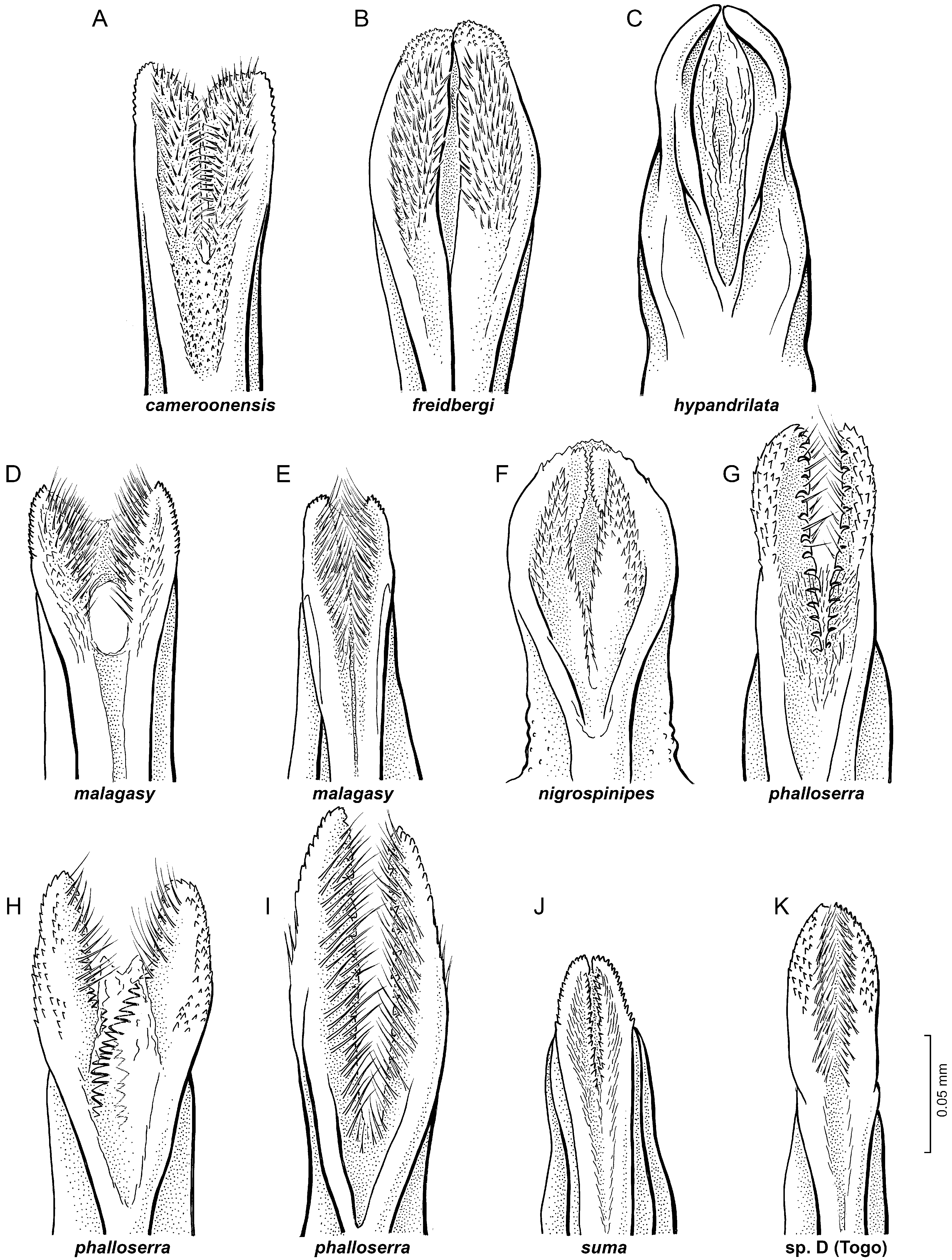 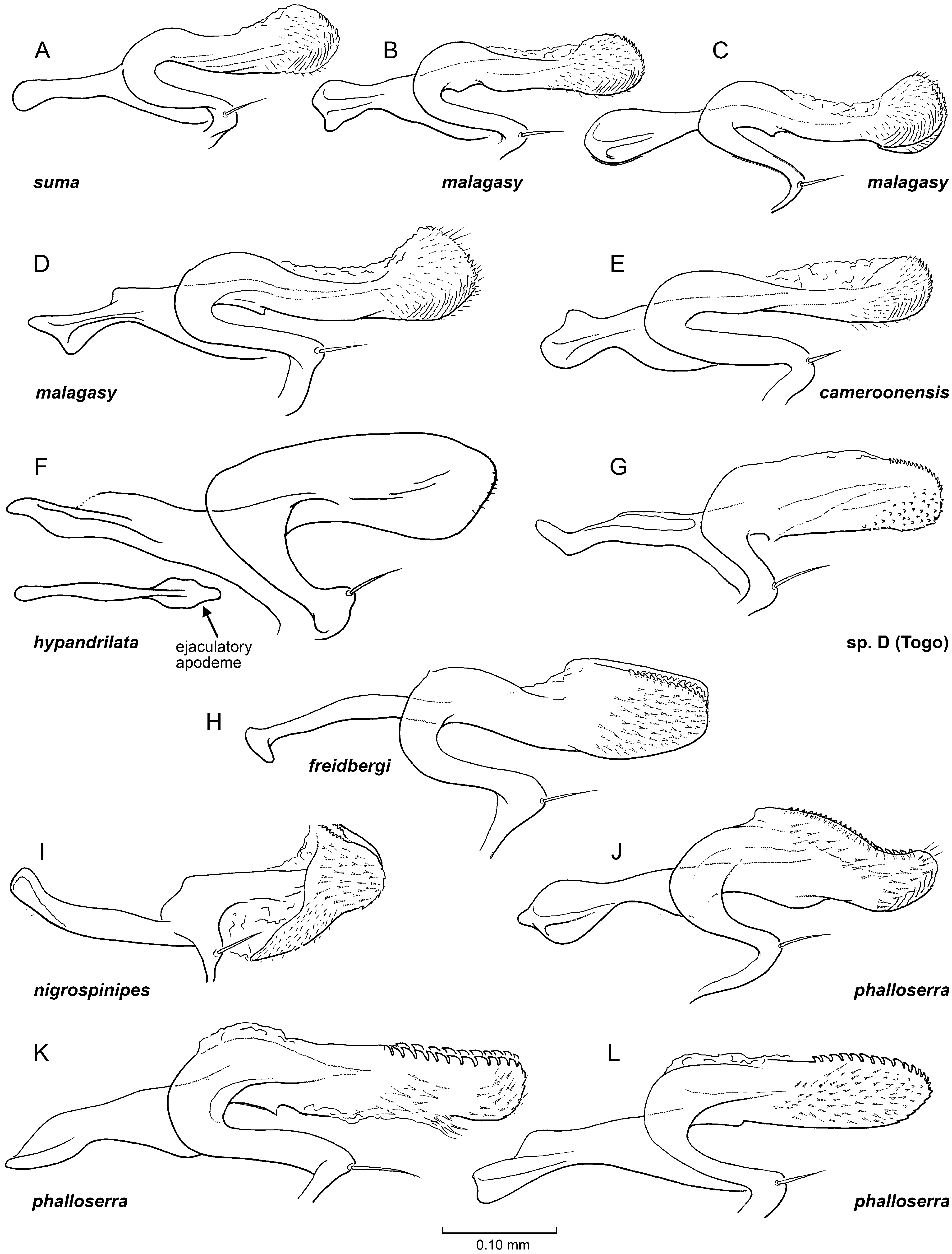