Elytra: Convex, narrower at the base, widest just before apex; humerus obliterate, base rounded; the median transverse band somewhat strongly serrated on its edges (the marking almost touches the apical band in some variations), apex with sharp, broad yellow band.

Pheropsophus hilaris  is the most confused Indian Pheropsophus  species due to difficulties with its taxonomy following the misplacement of the type species during 1798–1920 period, later workers who were not referring to the notes of Andrewes (1921a) regarding the misplacement of type species and the misinterpretation of the very brief description provided by Fabricius (1798). It led to the split of the species in two subspecies— P. hilaris hilaris  and P. hilaris sobrinus  , both of which are actually variants of P. sobrinus  (see reinstating the species status of P. sobrinus  ).

Analysis of the types of P. hilaris ( Fabricius 1798)  and P. discicollis ( Dejean 1826)  (3C, 3D, 3E) showed that these two species are conspecific having exactly similar morphological characters. This error might have happened probably because Dejean (1826) did not see the holotype of P. hilaris  described by Fabricius (1798). Pheropsophus hilaris  , being the older name among the two, is retained. 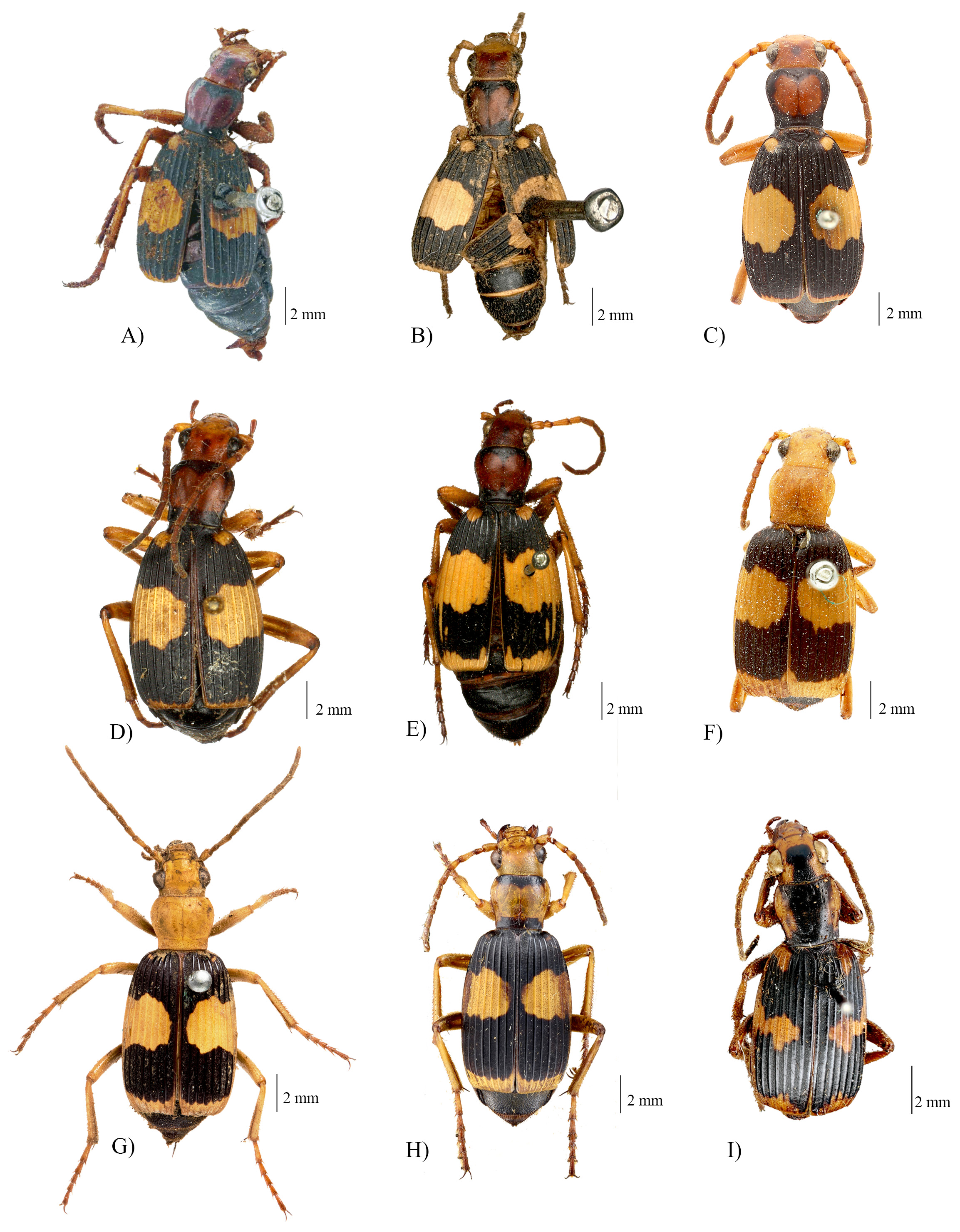