NOTES: The genus is distributed throughout the world, but is poorly represented in the Afrotropical Region, with only four species; not all of which are endemic to the Region (Zumpt 1956: 69). The taxonomy of the world species is revised by Aubertin (1933), who figures the terminalia of all known species. The detailed taxonomy of L. cuprina and L. sericata , the two species known to occur in Namibia and the most significant species from an economic perspective, is revised by Waterhouse and Paramonov (1950), and Rognes (1994) provides some useful characters for the separation of the two species. Most species of the genus are saprophagous in vertebrate carrion, although some species have evolved towards primary attack of live sheep, other mammals and Amphibia (Ferrar 1987: 86). Some species are, therefore, major veterinary pests in certain parts of the world. Diagnostic features and key characters to separate the 3 rd instar larvae of the two species occurring in Namibia are provided by Erzinçlioğlu (1987).

NOTES: Lucilia cuprina is endemic to the Afrotropical Region and probably spread from Africa to other tropical and subtropical regions via the sheep­farming industry (Zumpt 1956: 69). It is often confused with L. sericata , and earlier records from southern Africa of L. sericata probably refer to this species. It usually breeds in the carcasses of cattle, sheep and other large and small mammals (Cuthbertson 1937: 27), and is also the most significant sheep ‘strike’ fly in South Africa (90% of recorded cases) and Australia, where the myiasis that larvae cause is similar to that described for L. sericata (vide infra). Humans, dogs, camels, goats and cattle are also affected (Zumpt 1965: 52). As an example of myiasis in humans, Cuthbertson (1937: 27) refers to small larvae from the ear and umbilical cord of a three­day old infant in Zimbabwe. Cuthbertson (1933: 102) also notes that in Zimbabwe they are a nuisance in butcher’s shops and abattoirs. Adult flies also feed on fallen fruit, in the nectaries of flowers, and at the honeydew of aphids (Homoptera: Aphididae ). Due to their economic significance, literature on the species is extensive and the reader is referred to Zumpt (1965: 51–53) for a literature review and Ferrar (1987: 86) for subsequent references. In Namibia the species has been collected by hand, by sweeping and in pitfall and Malaise traps. Occurring in all Namibian biomes and probably widely distributed over the country ( Fig. 47 View FIGURES 45–50. 45 ). Probably occurs throughout the year (vide Table 2). Zumpt (1965) describes all three larval instars and illustrates features of the 3 rd instar larva and additional notes are provided by Erzinçlioğlu (1987).

FORENSIC SIGNIFICANCE: Lucilia cuprina is usually the first species to arrive at a body on a crime scene, and is strongly attracted to the scent of blood. It oviposits in the natural orifices (mouth, eyes and nostrils) of the body or in bleeding lesions caused by gunshots or stabbing, or in blood­soaked hair. Although the adults are active in sunlight, eggs are always laid in shaded areas of the corpse. Maggots develop quickly under warm conditions and will leave the body to pupate within 3–4 days of hatching. Early invasion of the body ensures a sustainable resource for the maggots before competition from other species. This is one of the three most important species encountered during forensic investigations (M. Mansell pers. comm.). For further information vide Greenberg and Kunich (2002).

NOTES: Lucilia sericata is indigenous to the Holartic Region and has been transported by man, probably recently, to almost all parts of the world (Zumpt 1956: 73). Adults are attracted to carrion, open wounds, the soiled or wet fleece of sheep and to a lesser extent, faeces, in which larvae are also able to complete their development (Zumpt 1965: 48). Prins (1982) records the species as breeding in kelp in South Africa, and Coffey (1966, as Phaenicia ) reared large numbers from mink dung in the United States. They are further attracted to sweet or fermenting liquids and are frequently encountered on flowering plants (Zumpt 1965: 48). The species has great practical significance as a primary causal agent of myiasis in sheep, either alone, or in combination with other species, principally in Great Britain and the Netherlands, but is less significant in South Africa, Australia and New Zealand, where L. cuprina is the main culprit (ibid). The species is also a wound parasite of cattle, horses and humans; although in these last mentioned cases they may be beneficial and stimulate the healing process. This is the main species for which larvae are used in human surgery to clean infected wounds, vide Brumpt (1933) for review. Due to their economic significance, literature on the species is extensive, and the reader is referred to Zumpt (1965: 48–49) for a literature review and Ferrar (1987: 86) for subsequent references. There are a few inland records from Namibia (vide supra), but the species is most commonly recorded on the Namibian coastline and off­shore guano islands (Halifax, Possession Islands). Given the natural barrier to dispersal from coastal sources formed by the Namib Desert, there is a distinct possibility that the species may have been introduced via the trade in guano from Europe and North America in the 1840s. The introduction of the related species Chrysomya megacephala (Fabricius) into South Africa has been discussed by Braack (1991). In Namibia the species is commonly collected in pitfall traps, in Malaise and yellow pan traps, at UV­light, and has been swept from coastal rocks and kelp (Halifax Island), from domestic rubbish (Possession Island) and has been reared from puparia collected from the carcasses of Cape cormorant Phalacrocorax capensis (Sparrman) ( Phalacrocoracidae ) (Bird Rock guano platform). Recorded as occurring at low elevations on the Brandberg (700 m). Primarily coastal; in the desert and succulent karoo biomes, with a few inland records ( Fig. 48 View FIGURES 45–50. 45 ). Occurs throughout the year, but appears to be most common in January and April (vide Table 2). Zumpt (1965: 48–49) describes the three larval stages, including figures of the cephaloskeleton, anterior and posterior spiracles of the three larval instars, plus the posterior end of the larva of L. sericata and L. cuprina . Additional notes on the 3 rd instar larva are provided by Erzinçlioğlu (1987).

FORENSIC SIGNIFICANCE: Uncertain. This species is usually confused with L. cuprina at crime scenes, and its role is probably the same as that species’. There is still confusion regarding the identity of the two species as the characters provided in keys to separate them are inconsistent. Some in­depth molecular studies are required to resolve the issue. The specimens reared from crime scenes are generally separated on the basis of larval morphology, in particular the spiracular structure (M. Mansell pers. comm.). For further information vide Greenberg and Kunich (2002). 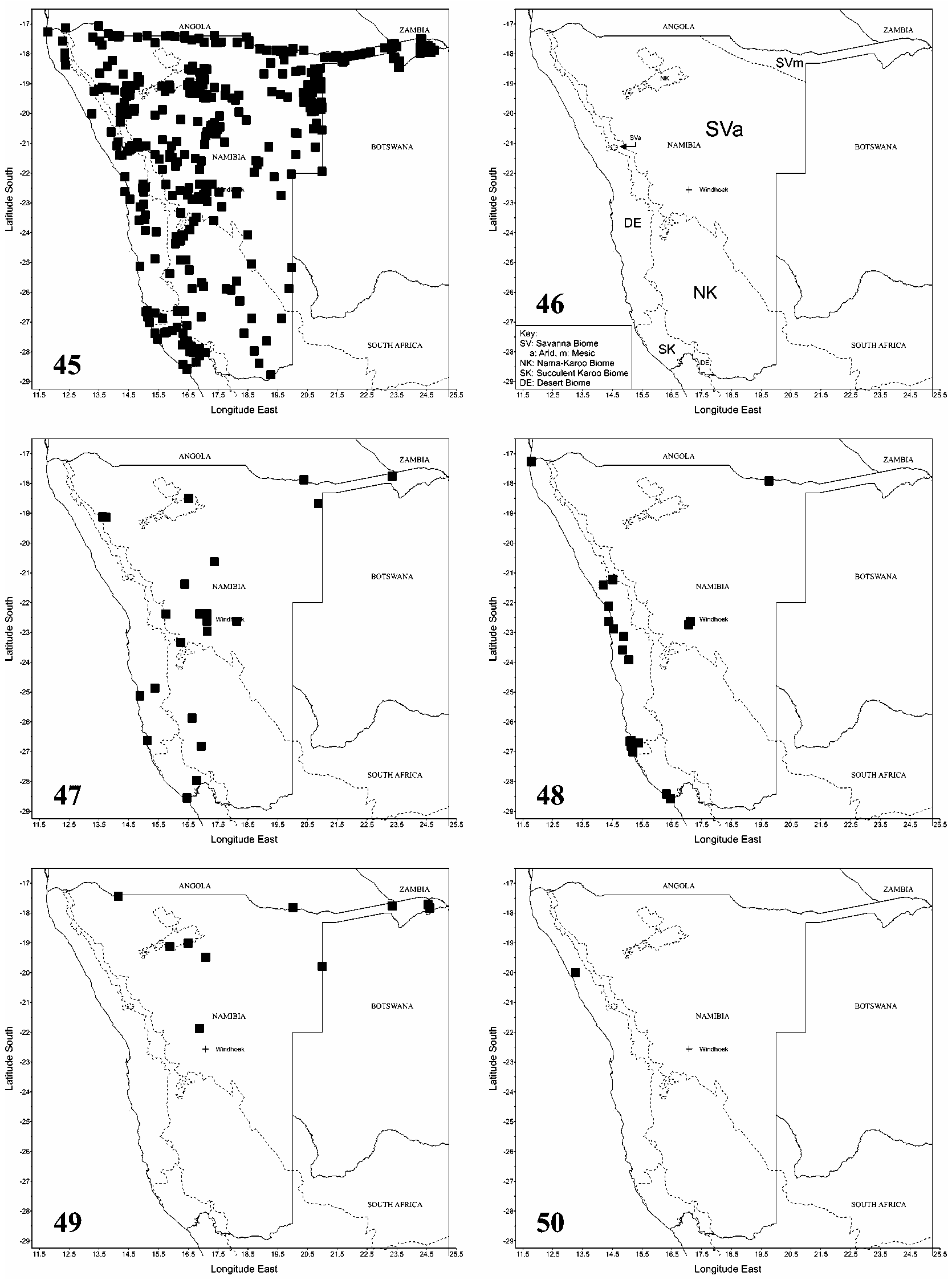