NOTES: The genus is restricted to the Afrotropical Region, where three species are known, all of which cause dermal myiasis in man and various animals, including antelopes, causing skin boils (or tumbu in some indigenous African languages) (Zumpt 1956: 159–163). For notes on their significance in human and animal health vide Zumpt (1965: 70–77), in which the immature stages of the three species are described and a key to the 3 rd instar larvae is provided.

NOTES: The Tumbu fly of the warmer parts of Africa. The biology of the species in southern Africa has been reviewed by Zumpt (1959a). The larvae are well documented as causing subcutaneous myiasis, particularly in man (Ferrar 1987: 83). Animals, such as monkeys, dogs, cats, and rodents, are also affected (Zumpt 1956: 158–159). In Namibia collected by hand. Central, north­eastern and southern Namibia; in the ‘arid’ and ‘mesic’ savanna and nama­karoo biomes ( Fig. 58 View FIGURES 57–62 ). Recorded from January to March (vide Table 2). The immature stages have been described several times, and Zumpt (ibid) provides extensive details on the literature, immature stages, biology and pathogenesis of the species. 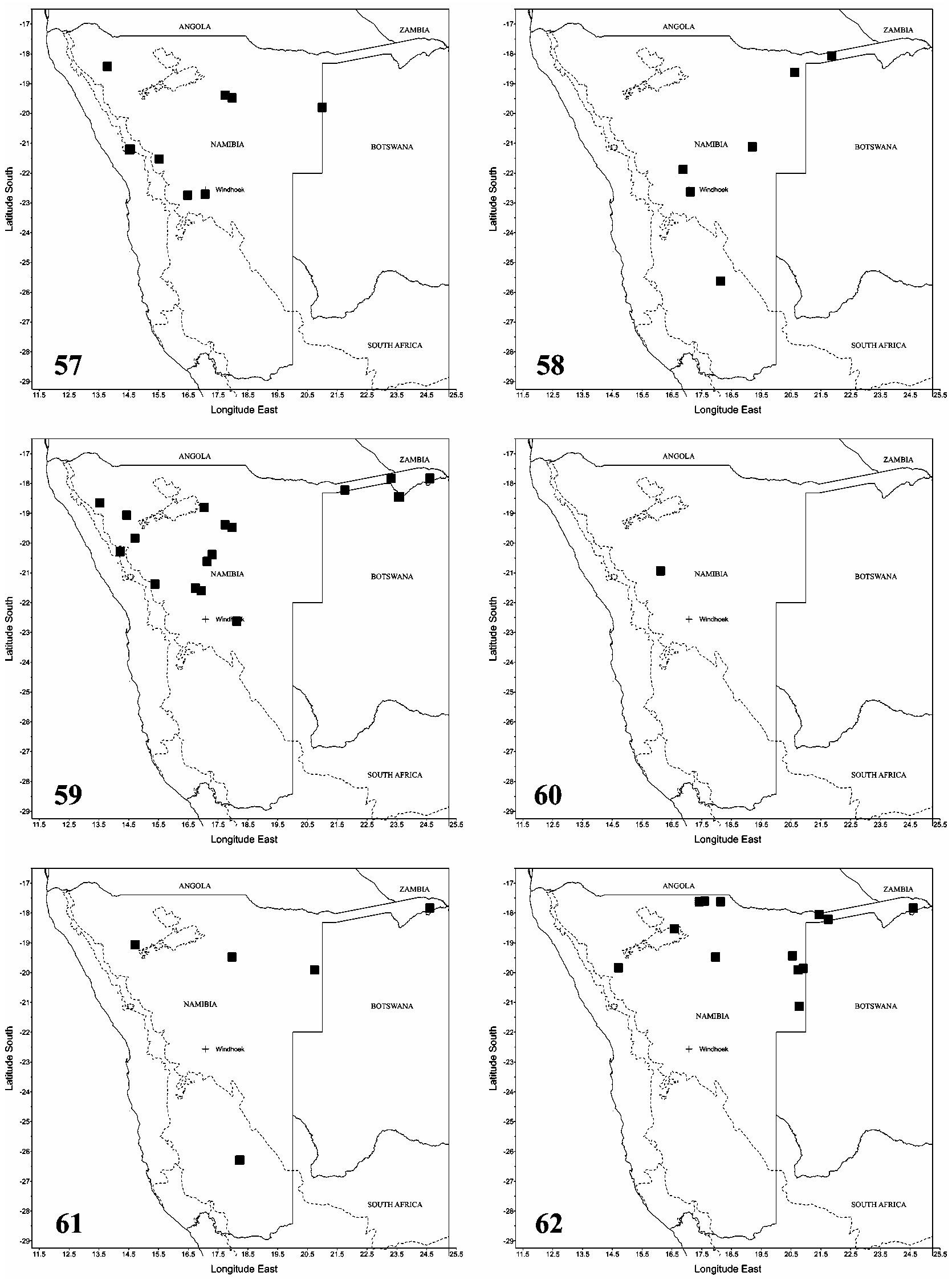