Etymology. The generic epithet Mitinha   is a noun in apposition and refers to the nickname of José Wilmington Paes Landim Ribeiro, administrator of the Parque Nacional Serra das Confusões, who helped us with field logistics, transportation and laboratory facilities.

Discussion. Within Mythicomyiinae   , Mitinha   shares the apical stylus with Mythenteles Hall & Evenhuis   but can be easily separated from it by the circumambient costal vein (costa incomplete, stopping between R 4+5 and M 1 in Mythenteles   ( Fig. 22 View FIGURES 21–25 )); it shares the circumambient costa and small dm cell with Reissa Evenhuis & Baéz   but can be separated from that by the apical stylus (subapical in Reissa   ), r-m crossvein placed slightly beyond the basal third, and cell dm rather parallel sided and same length as last section of vein CuA 1 (r-m placed slightly before middle and cell dm rather angulated and shorter than last section of vein CuA 1 in Reissa   ( Fig. 23 View FIGURES 21–25 )). 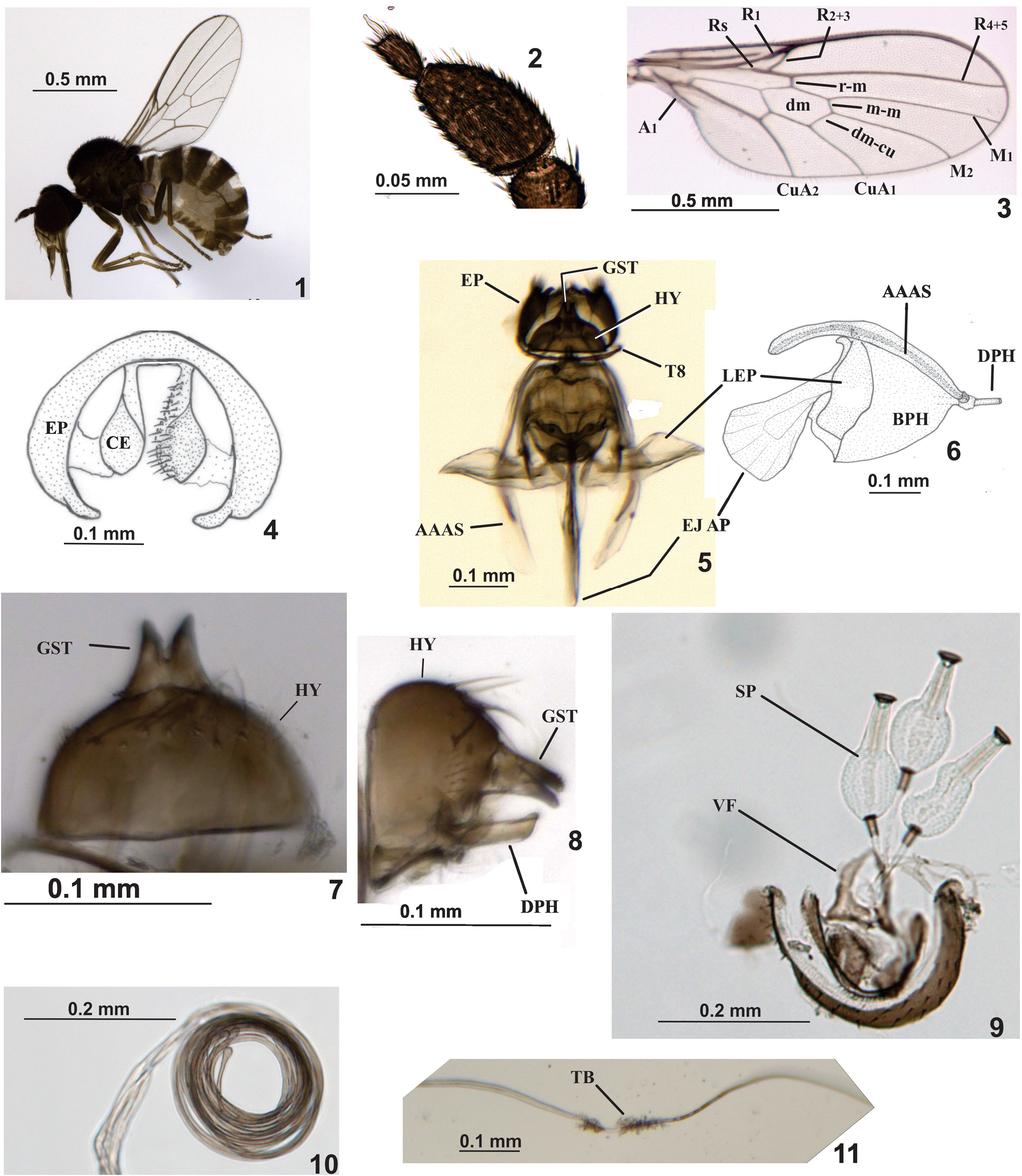 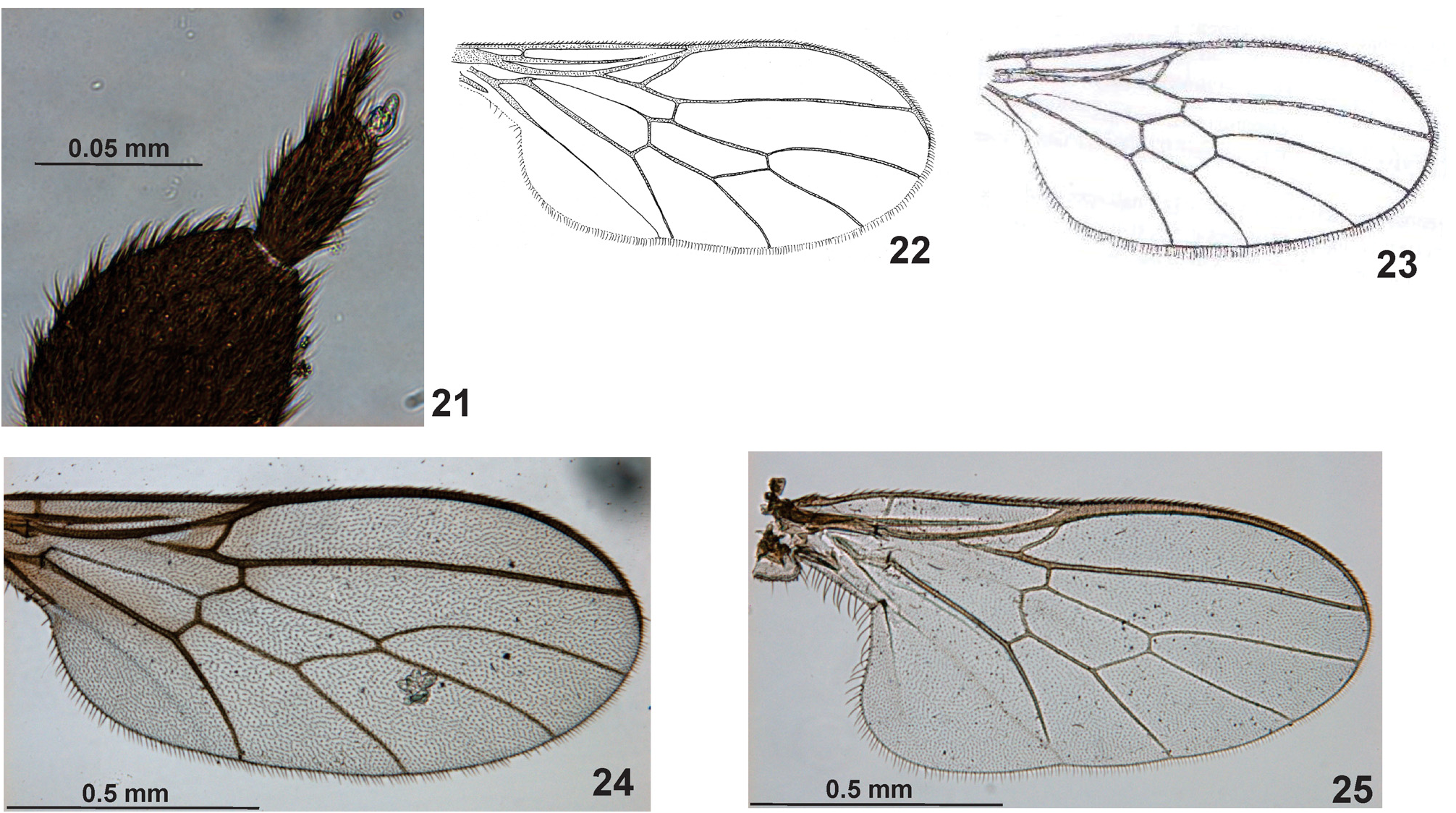