Until 2015, only fundatrices and oviparous females of Metopolophium sabihae   had been collected on Wrangel Island. Today, all five morphs of this species have been found. Specimens from Wrangel Island are similar as those of European populations, differing mainly in the length of setae and in the number of secondary rhinaria on the 3rd antennal segment ( Table 2 View TABLE 2 ). In addition to these small differences in morphology, there are significant differences in the life cycle of British and Wrangel Island populations of M. sabihae   : anholocyclic in the first case ( Prior 1976), holocyclic in the more severe climatic conditions of the second. These differences corroborate the tendency towards a change in life cycle and morphology in geographically separated populations of aphids ( Wieczorek et al. 2013; Kanturski & Barjadze 2018). The disjunct distribution of M. sabihae   , along with its association on Wrangel Island with the driest and warmest biotopes and tundra-steppe vegetation, suggest a relictual presence in this Pleistocene refugium ( Stekolshchikov & Khruleva 2014).

Biology. In 2015, the abundance of M. sabihae   on Wrangel Island had increased, as suggested by new records from biotopes previously searched. Despite the presence of a winged morph, M. sabihae   was absent in the yellow pan traps albeit was abundant in the sweep samples taken in the same biotopes. In 2015, M. sabihae   was the most widespread and abundant aphid species on the island. It was collected in all five well-studied areas in the mountainous part of the island and absent only on the southern plain. Despite the increased abundance, the species did not show an expansion in the type of biotopes inhabited. Also, as before, the species occurred almost exclusively on the driest and warmest areas confined to the southern slopes of hills and river terraces with tundra-steppe vegetation ( Fig. 15 View FIGURE 15 ). This fact indicates a close connection of the species with these habitats and confirms its status as a tundra-steppe relict.

Previously, fundatrices were recorded in different years from mid-July to mid-August, whereas oviparous females occurred only from late July to mid-August. The data on the phenology of the species in 2015 indicate a much earlier appearance of fundatrices; on the 21st of June, they were present in sweep samples ( Table 3 View TABLE 3 ). The next generation (apterous viviparous females) were collected in early July. The largest number of aphids of this species was taken in mid-July. At that time, in the central and southern parts of the island, all morphs were present, of which apterous viviparous and oviparous females were especially numerous. At the end of July, the abundance of aphids collected by sweeping decreased, and at that time, oviparous females were mainly recorded. 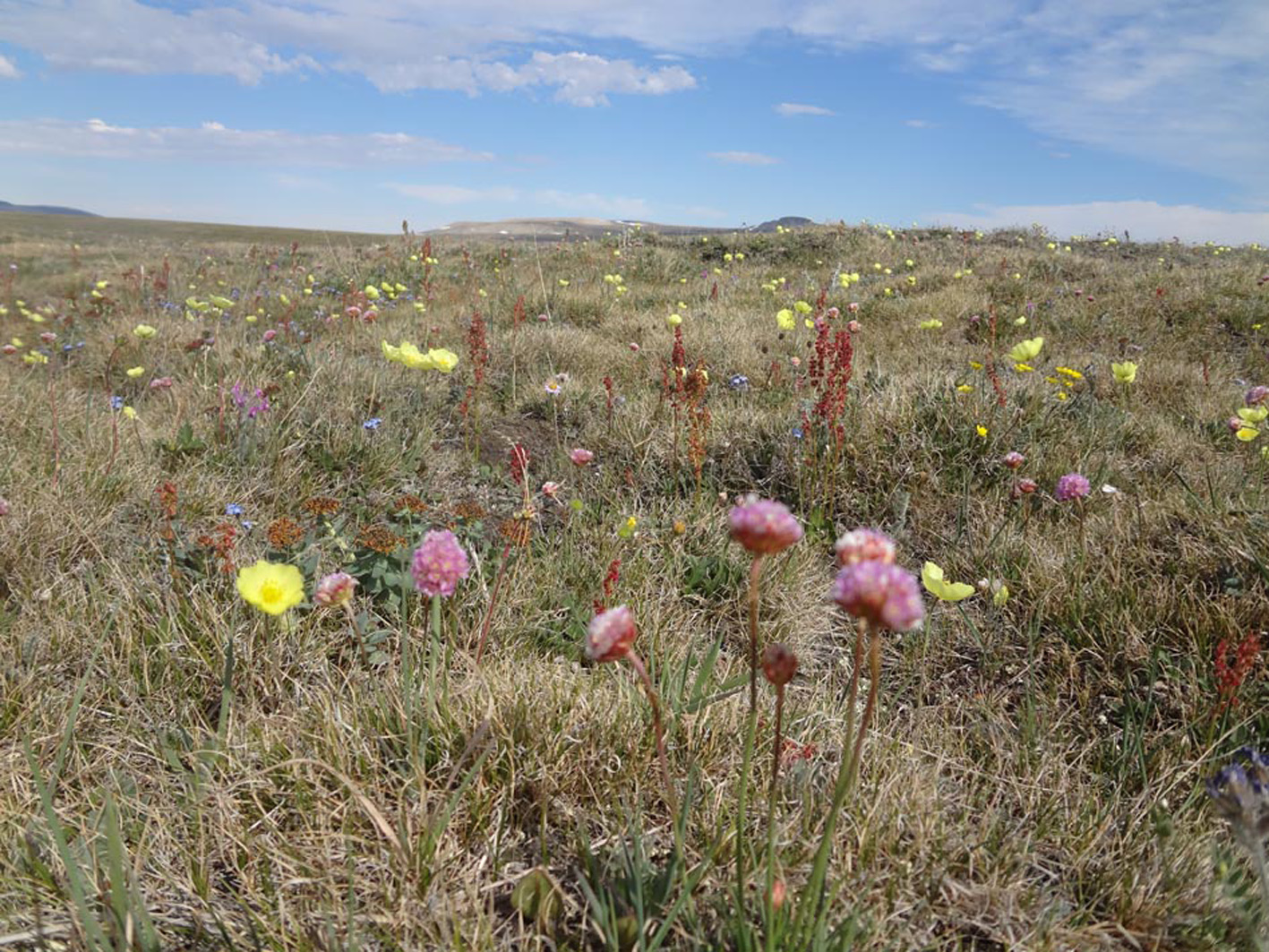 FIGURE 15. A tundra-steppe assemblage on the edge of a south-facing river terrace in the upper reaches of the Neizvestnaya River (central part of the island), 23.vi.2015; a biotope where the greatest number of Metopolophium sabihae was collected.