Affinities. In general, morphological characters of C. khingana  fit the concept of Capnia  sensu stricto ( Murányi et al. 2014). However, the katepisternum on mesothoracic sclerite is separated from the basisternum. This feature, as well as the form of the lower limb of the epiproct, indicates a similarity with the Nearctic genus Allocapnia Claassen, 1928  ( Murányi et al. 2014). Agreeing with the structure of the epiproct, and the presence of the posteromedial process on male tergum VII, C. khingana  may be tentatively assigned to the C. atra  species group ( Zhiltzova 2001). However, the weakly sclerotized inner sclerite located at the inner side of vertical triangular process of the lower limb of the epiproct and other features mentioned in diagnosis, readily distinguish C. khingana  males from all congeners and are unique among all known Capniidae  . No closely related species are indicated based on external morphology.

Distribution. The Lesser Khingan (Xiao Hinggan Range, Chinese) mountain Range occupies the Far East of Russia and northeastern part of Heilongjiang Province of China. The Range has a northwest-southeast axis and is located to the southwest of the Amur River (Heilong Jiang). The Russian part of Lesser Khingan is in the Amurskaya Obast’ and the Jewish Autonomous Region and is separated from the Chinese portion by the Amur River Gorge ( Fig. 11View FIGURE 11). The Lesser Khingan was until Quaternary times a part of the great intermontane trough formed by the Northeast (Manchurian) and Zeya-Bureya River plains. The topographic relief consists generally of rounded ridges that are not steep. The length of the Lesser Khingan is about 500 km with a elevational range of 500 – 1000 m, with most of the range below 600 m. The mountains are forested, mostly consisting of larch and birch in the north and of mixed broad-leaved and coniferous forests (cedar, spruce, yew, birch, elm, and larch) in the south. Within the limits of the Lesser Khingan, the Khinganskiy State Nature Reserve in Russia and the Reserve Fenglin in China have been established. Adults of C. khingana  were collected from the upper reaches of the Olochi River and Perval’nyi Stream ( Figs. 12, 13View FIGURES 12–13) and the Eracta River, which are the tributaries of the Mutnaya River, flowing down from the spurs of the Lesser Khingan Mountains into the Amur River. Adults were found crawling on the ice and snow within 100 m near unfrozen sections of rivers mentioned above.

Etymology. This species is named after the Khingan Range. 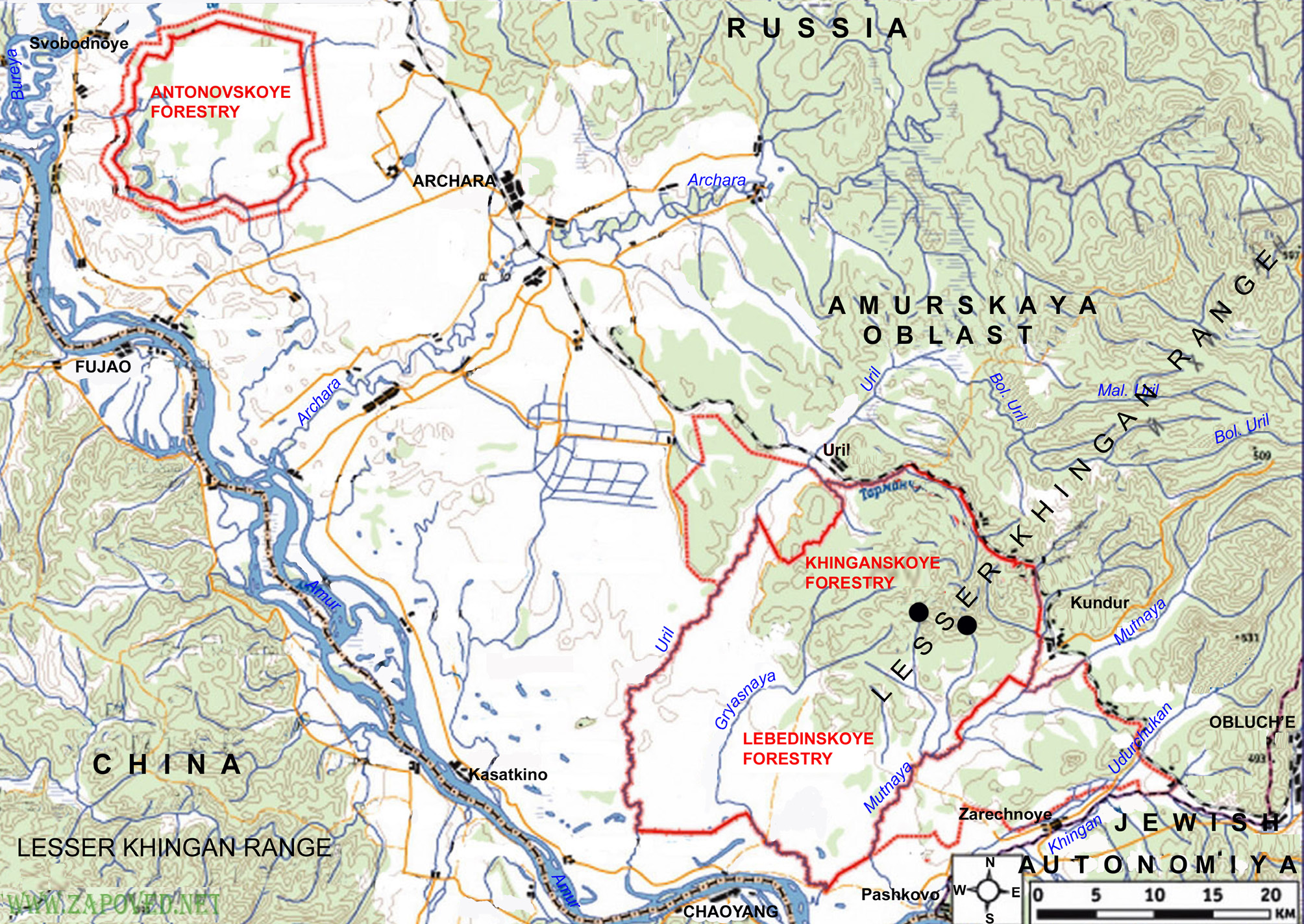 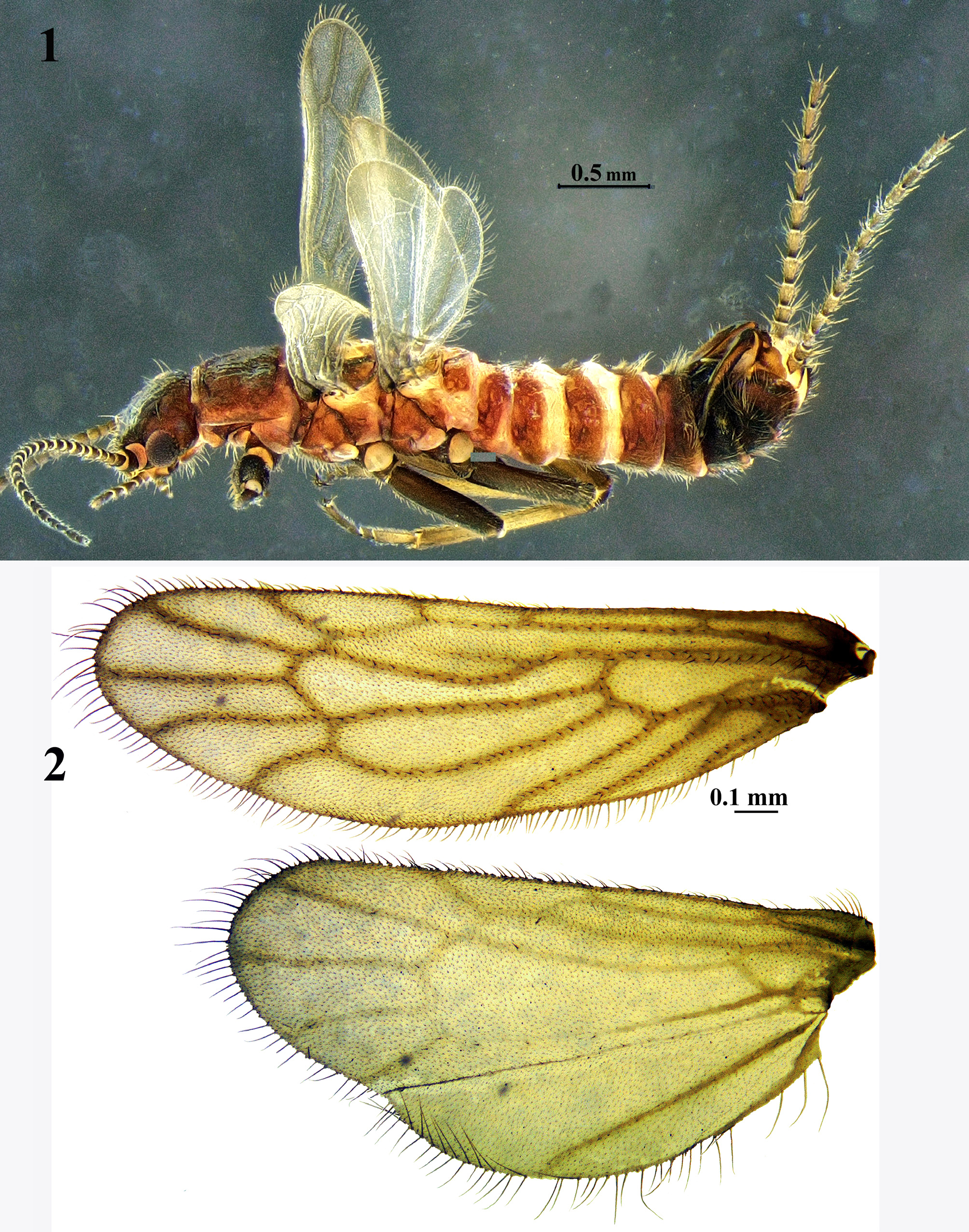 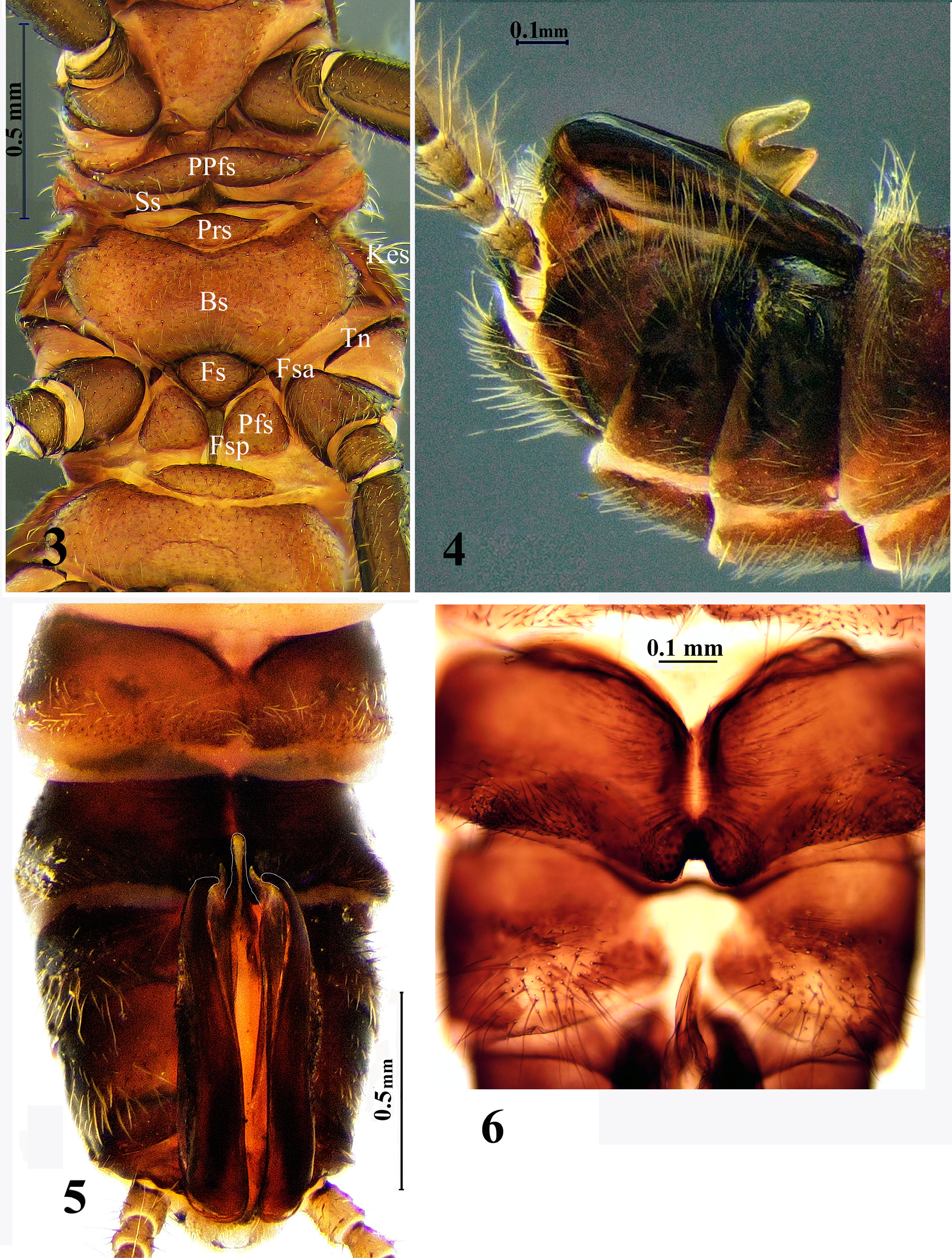 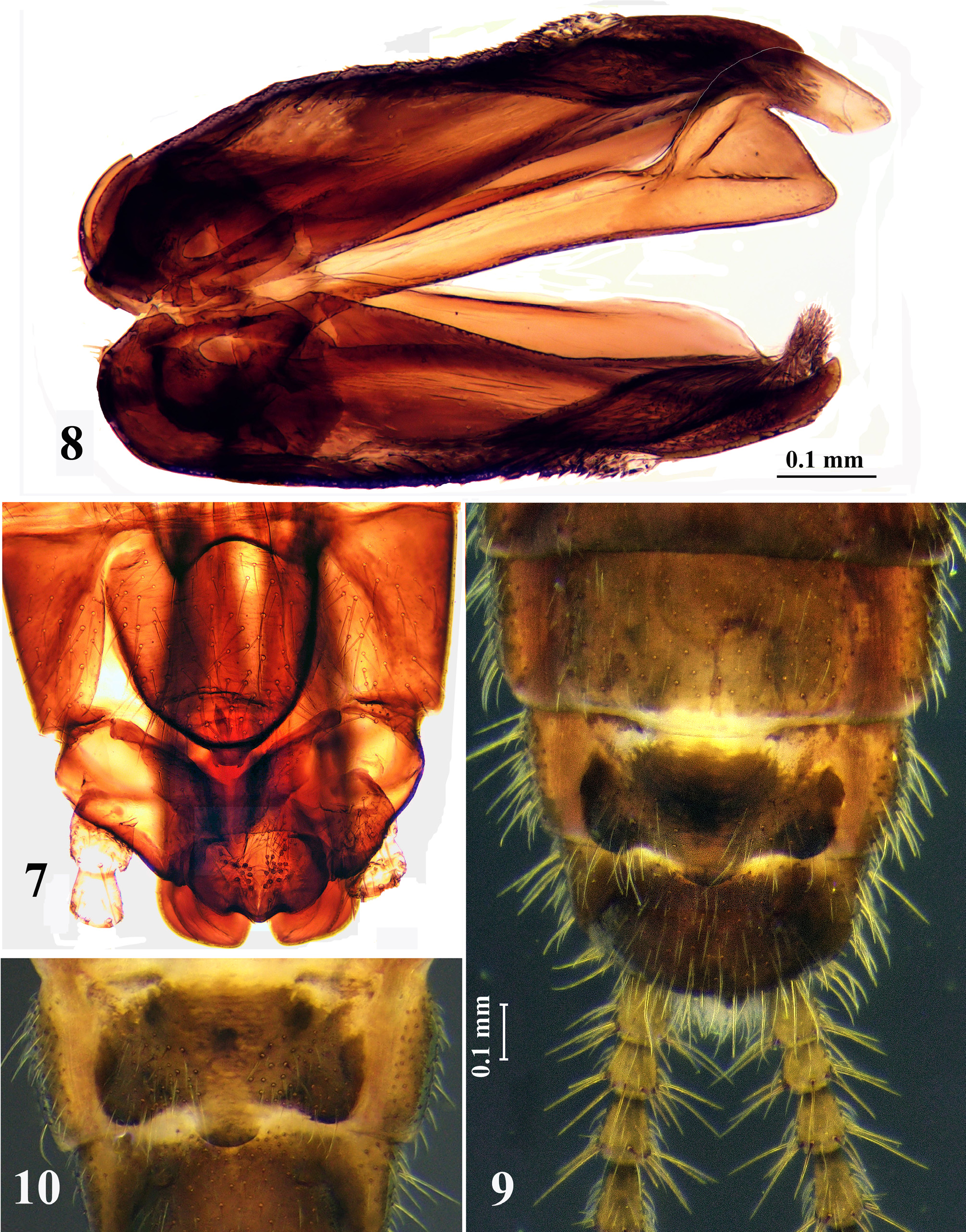