This species is the well-known yellow sugarcane aphid ( Fig. 2-4 View Figures 1-9. 1 ). It probably is native to North America, but has become established in Central and South America and in the Caribbean (Blackman and Eastop 2006). It was found in Hawaii in 1988 ( Hall 2000), where it became a serious pest of pasture grasses and sugarcane ( Kindler and Dalrymple 1999). Schenk and Lehrer (2000) were unable to obtain transmission of Sugarcane Yellow Leaf Virus by this species. The processus terminalis is at least 1.8 times as long as the base of antennal segment VI, and the body is smooth. The long processus terminalis will separate this species from other North American Sipha (Sipha)   species. 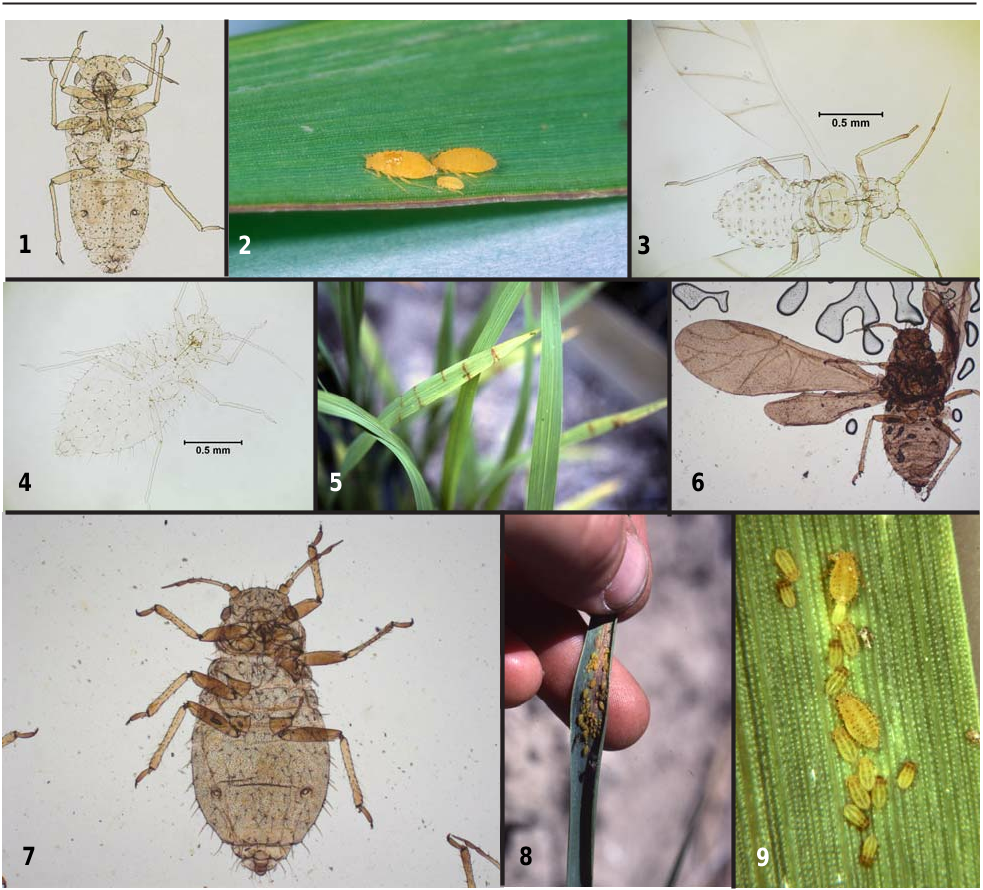