Assing, Volker, 2017, On the Lomechusini fauna of the East Palaearctic and Oriental regions, with a focus on the genera Orphnebius and Amaurodera (Coleoptera: Staphylinidae: Aleocharinae), Beiträge Zur Entomologie = Contributions to Entomology 67 (1), pp. 63-106: 101

Comment: The original description of D. nepalensis   is based on a unique female from “ Nepal, Bakhri Kharka” ( PACE 1992).

Pronotum ( Fig. 59 View Figs 58–61 ) approximately 1.06 times as broad as long and 1.08 times as broad as head, broadest anteriorly; lateral margins straight or weakly sinuate in posterior half in dorsal view; posterior angles marked; midline with distinct furrow reaching neither anterior nor posterior margins; lateral portions of disc with more or less pronounced oblong impression near lateral margin on either side; punctation dense and moderately coarse, more distinct than that of head.

Elytra ( Fig. 59 View Figs 58–61 ) approximately 0.85 times as long as pronotum; punctation very dense, similar to that of pronotum. Hind wings fully developed. Metatarsomere I approximately as long as the combined length of II–IV, or nearly so.

Distribution and natural history: This species has been recorded from three localities in Central and East Nepal, at altitudes of 1100–1680 m. The two females from Kenja, one of which is teneral, were found associated with a termite species of unknown identity. 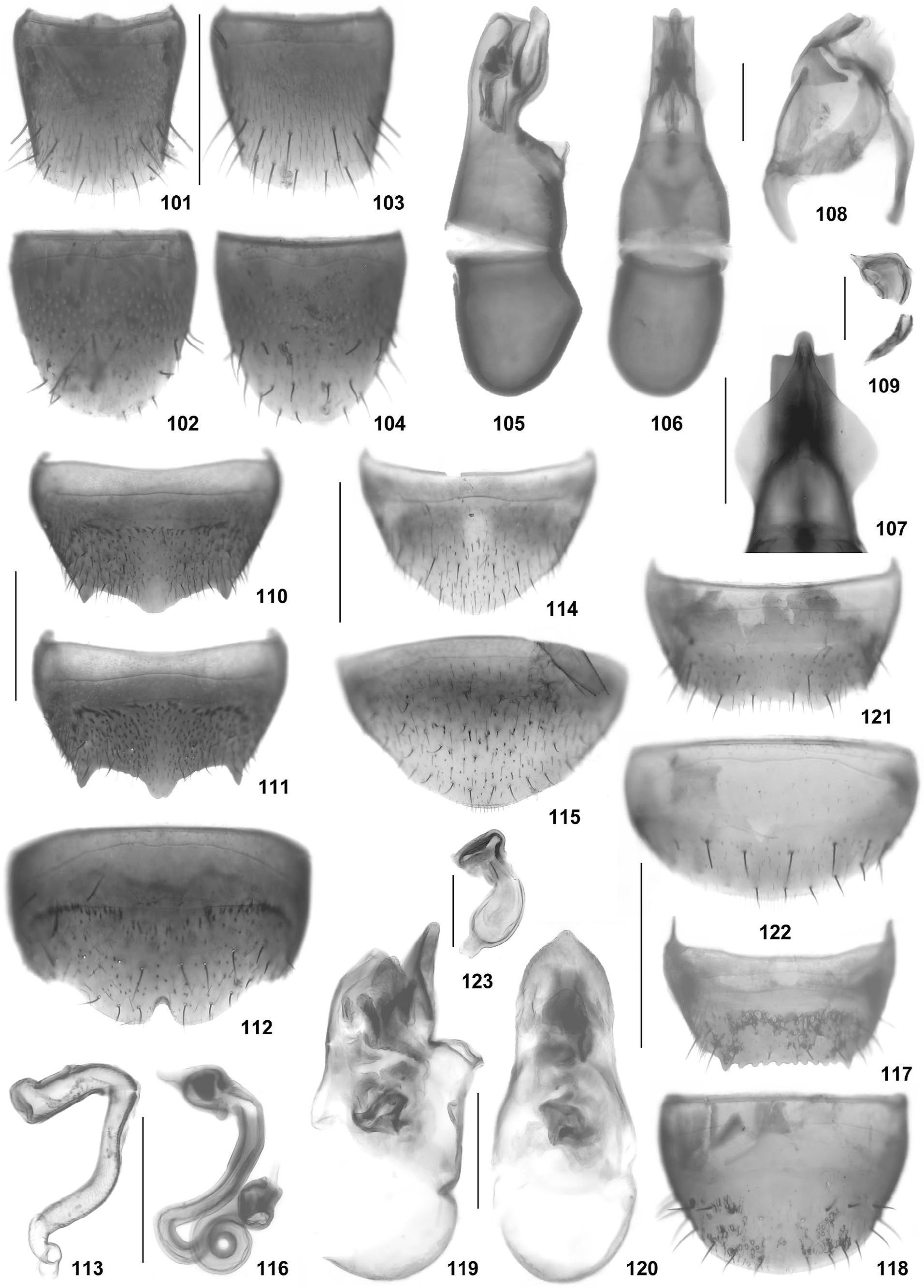