Male. Similar to females except for fore wings of normal shape, not curved over metasoma, twice as long as metasoma; head with hyperoccipital carina less pronounced and absent between lateral ocelli and inner margin of compound eye; occiput not as laterally excavated as in females; antenna filiform; notauli much broader and more lenticular in shape, posteriorly very narrow; dorsal striations on mesopleuron more numerous. Colouration similar to female, except for pedicel and flagellum, which is dark brown.

A distinctly coloured species with an orange-yellow metasoma contrasting strongly with the red-brown mesosoma and dark brown head; A. quagga   has OOL longer than LOL, whereas it is shorter or equal in length to LOL in the other species; mesocutum alutaceous reticulate between notauli as in A. anyskop   , polished in A. obesa   and A. robertsoni   ; notauli are broader, 3 × longer than wide as in A. obesa   , whereas remaining species have narrower notauli, at least 5 × longer than wide; notauli positioned closer together relative to scutellar width, meeting the mesoscutellar sulcus at least double the posterior notaular width from the lateral margins of the scutellum, in contrast to other species where the notauli are posteriorly more widely spaced.

Named for the similar coloration and habitat affiliation to the Quagga, an extinct Plains Zebra subspecies that previously existed in the Cape region. These zebras had reduced stripes and a distinct orange hue on the flanks and hind quarters, which is also reflected in the coloration of the metasoma of this new Afrisolia   species. Noun in apposition. 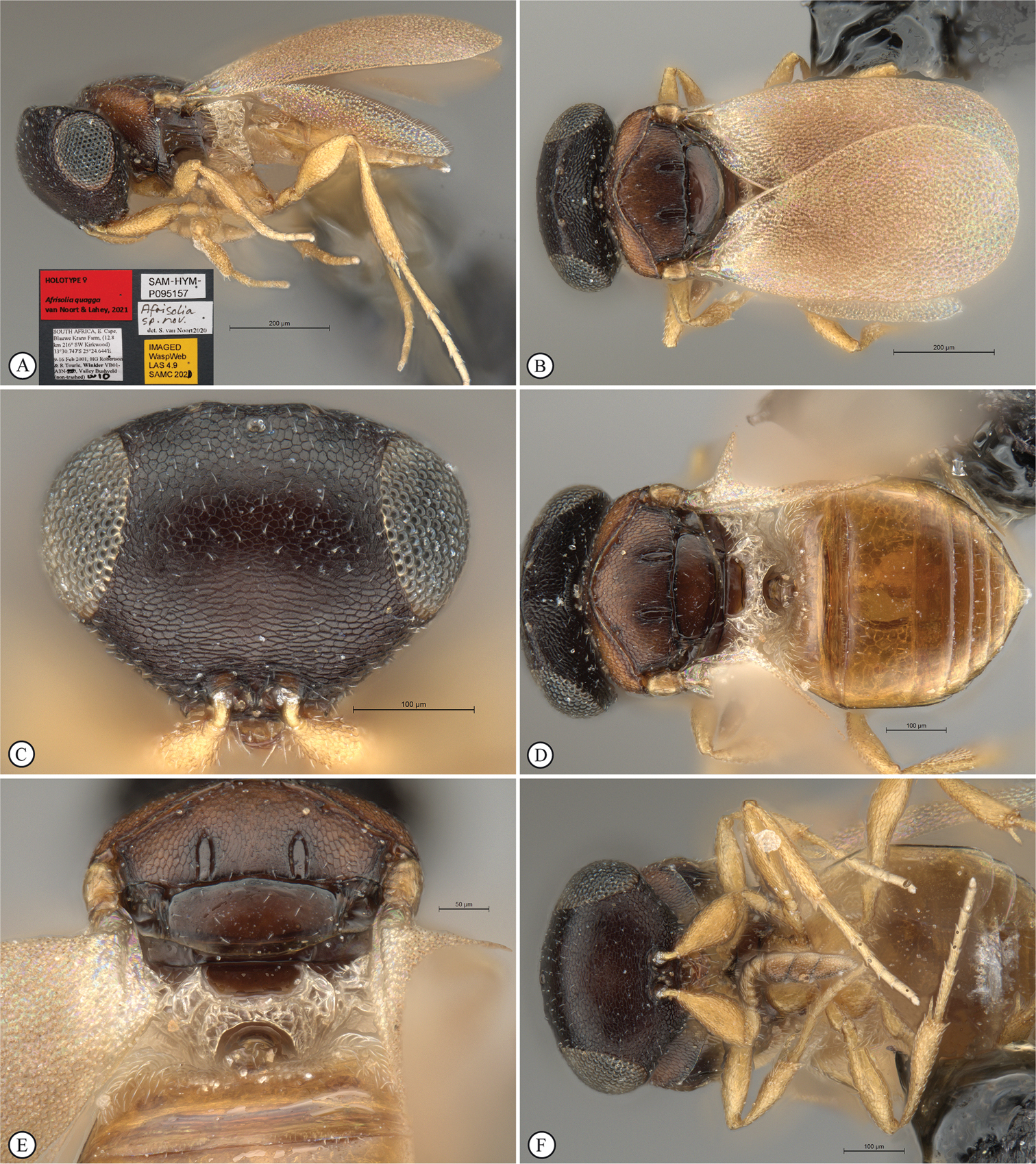 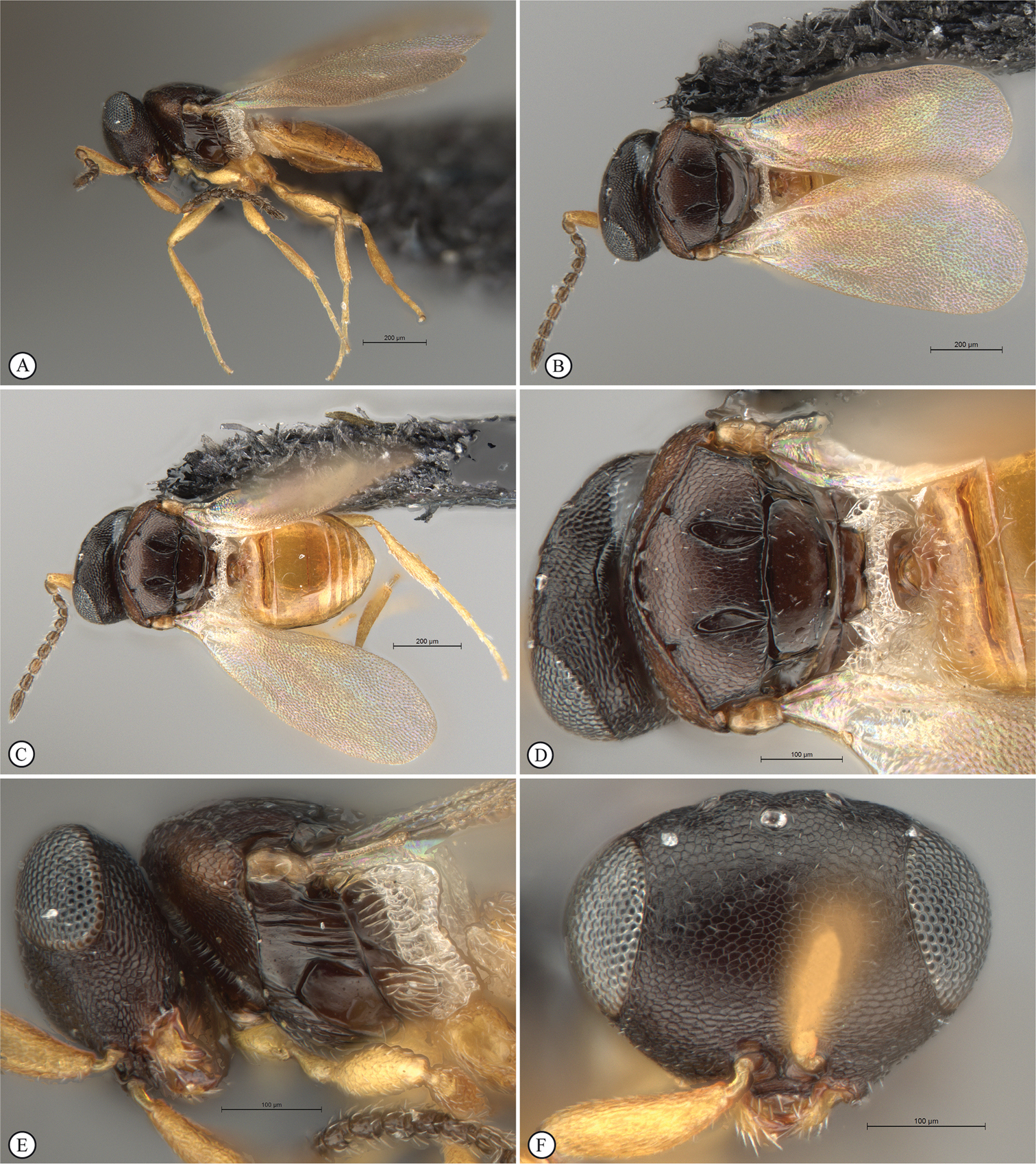 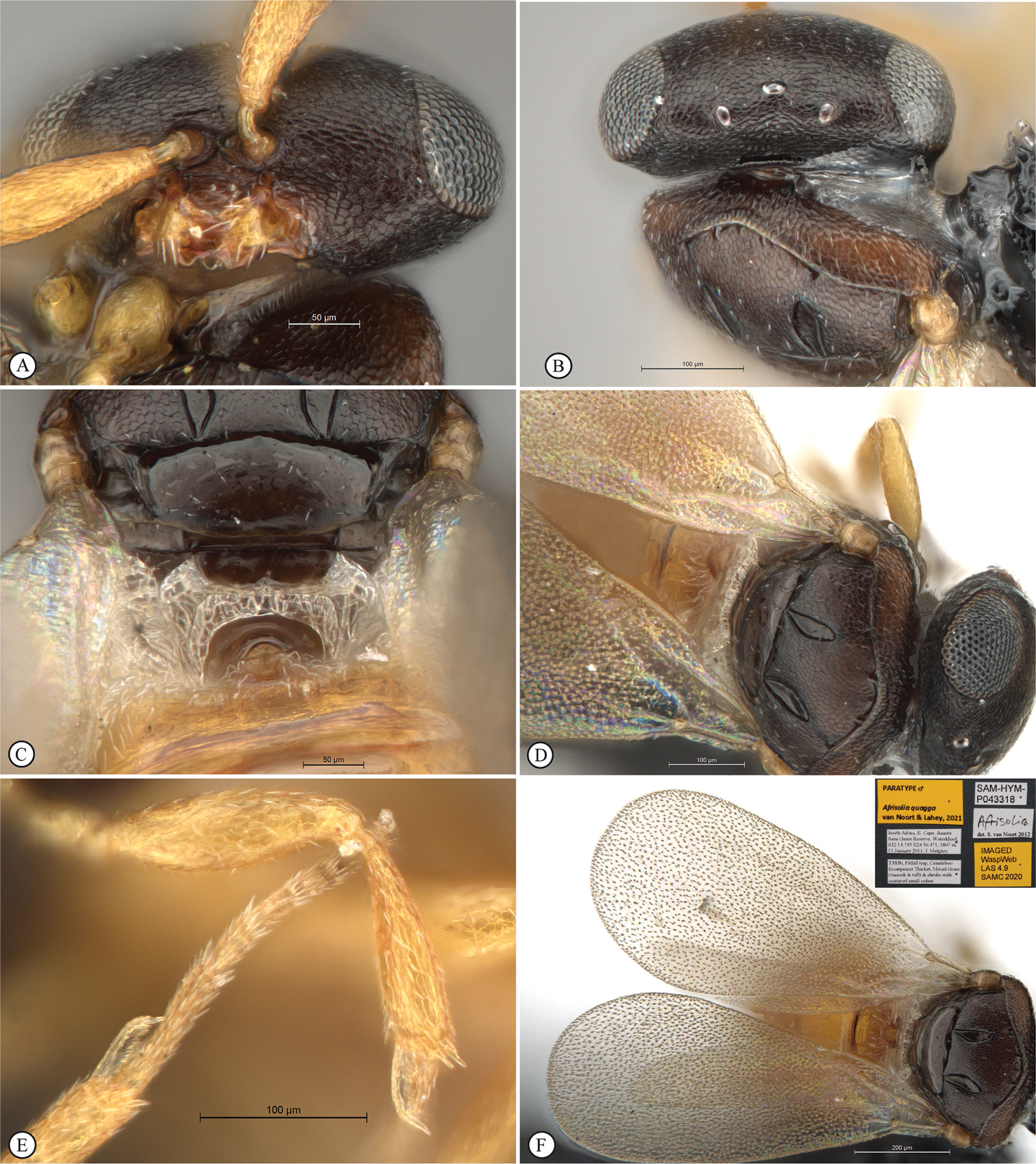