Etymology. Named for the indented hood.

Remarks. The indented hood is only found in T. accidens   and T. longipileatus   n. sp. Unfortunately, the female of T. accidens   is unknown. However, the indentation of the hood of the male is more shallow and the anterior lateral corners of the hood are rounded (pointed in the new species). Moreover, the postocularia are situated more anteriorly on the anteromedial dorsal plate in T. accidens   . From T. longipiliatus   n.sp. the new species differs in a much shorter hood. 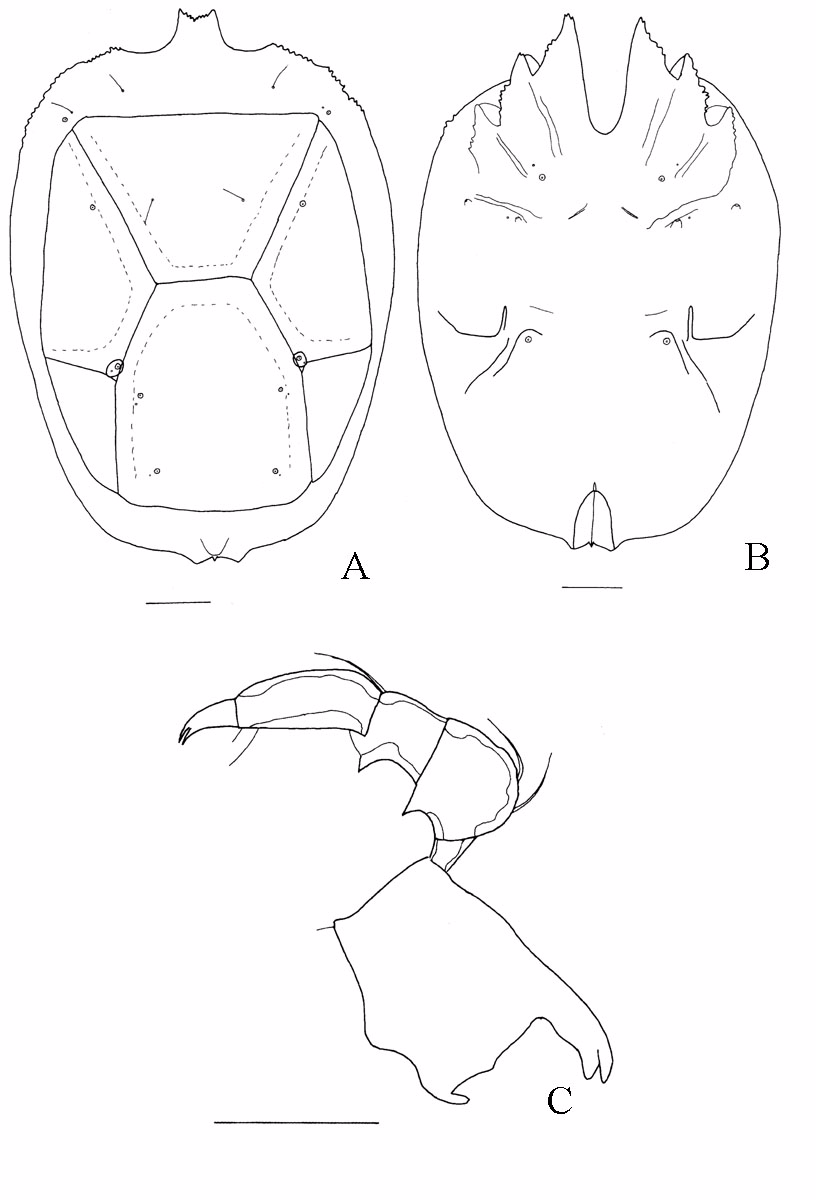