Taxonomic notes. Melander (1928) stated that this species was based on numerous specimens from Tacoma and that both sexes were found on flowers of Ribes   .

Two additional paralectotypes of unknown sex are listed from the Deutsches Entomologisches Institut ( Rohlfien & Ewald 1979), but were not examined. In addition, one male and one female paralectotype are present in the Verrall-Collin Collection, OUMNH (A. Pont pers. comm. 2019), but also not examined   .

Recognition. This species is distinguished from the similar I. bayarea   sp. nov. by the surstylus extending distinctly dorsally from the epandrium and apex of the hypandrium not expanded laterally ( Fig. 54 View FIGURES 53–57 ).

Distribution. Nearctic: USA (Washington). This species is currently known only from the state of Washington ( Fig. 65 View FIGURES 62–65 ).

Remarks. Iteaphila nupta   appears very similar to I. bayarea   sp. nov. and only confidently distinguished by features of the male terminalia outlined in the key. 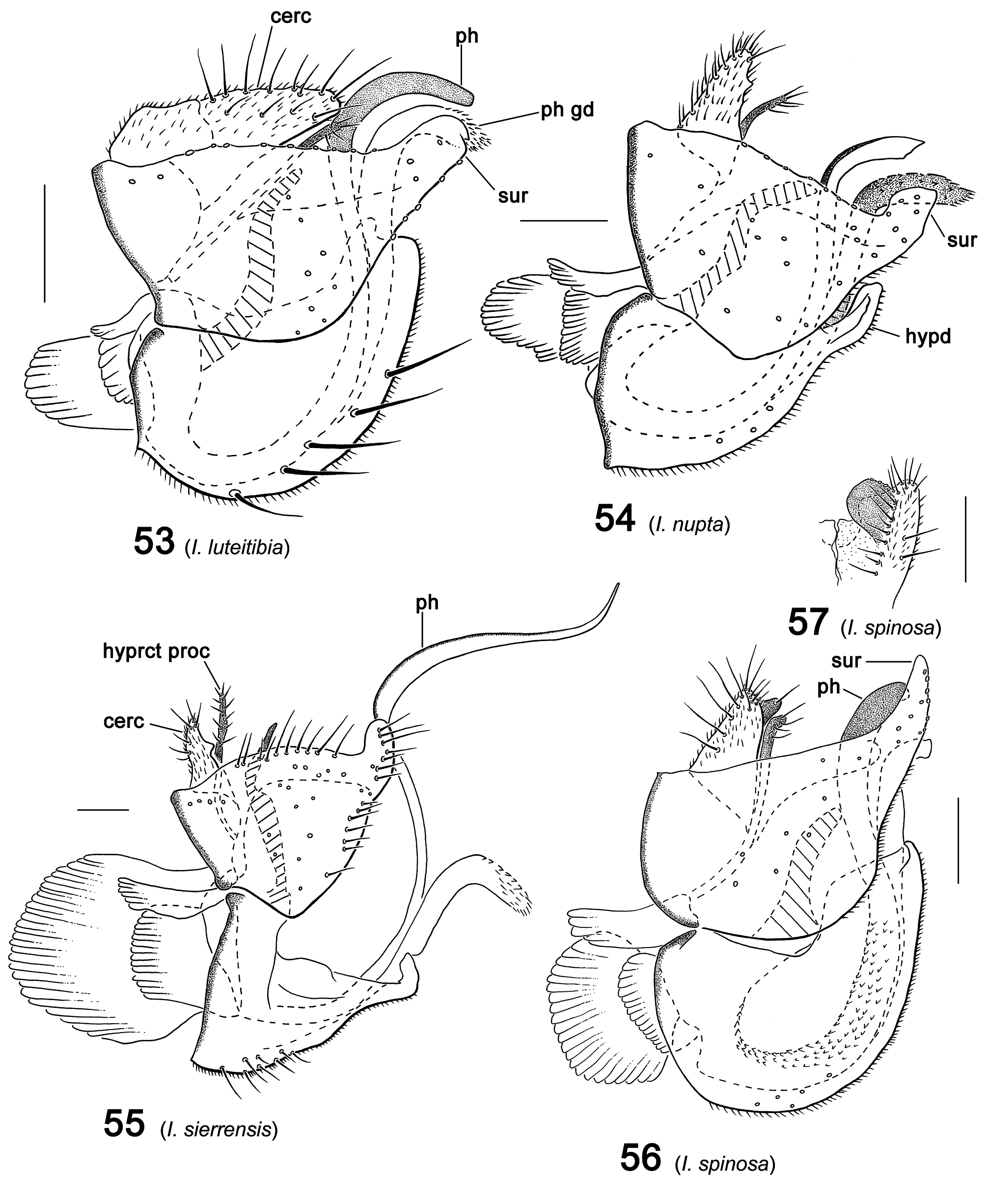 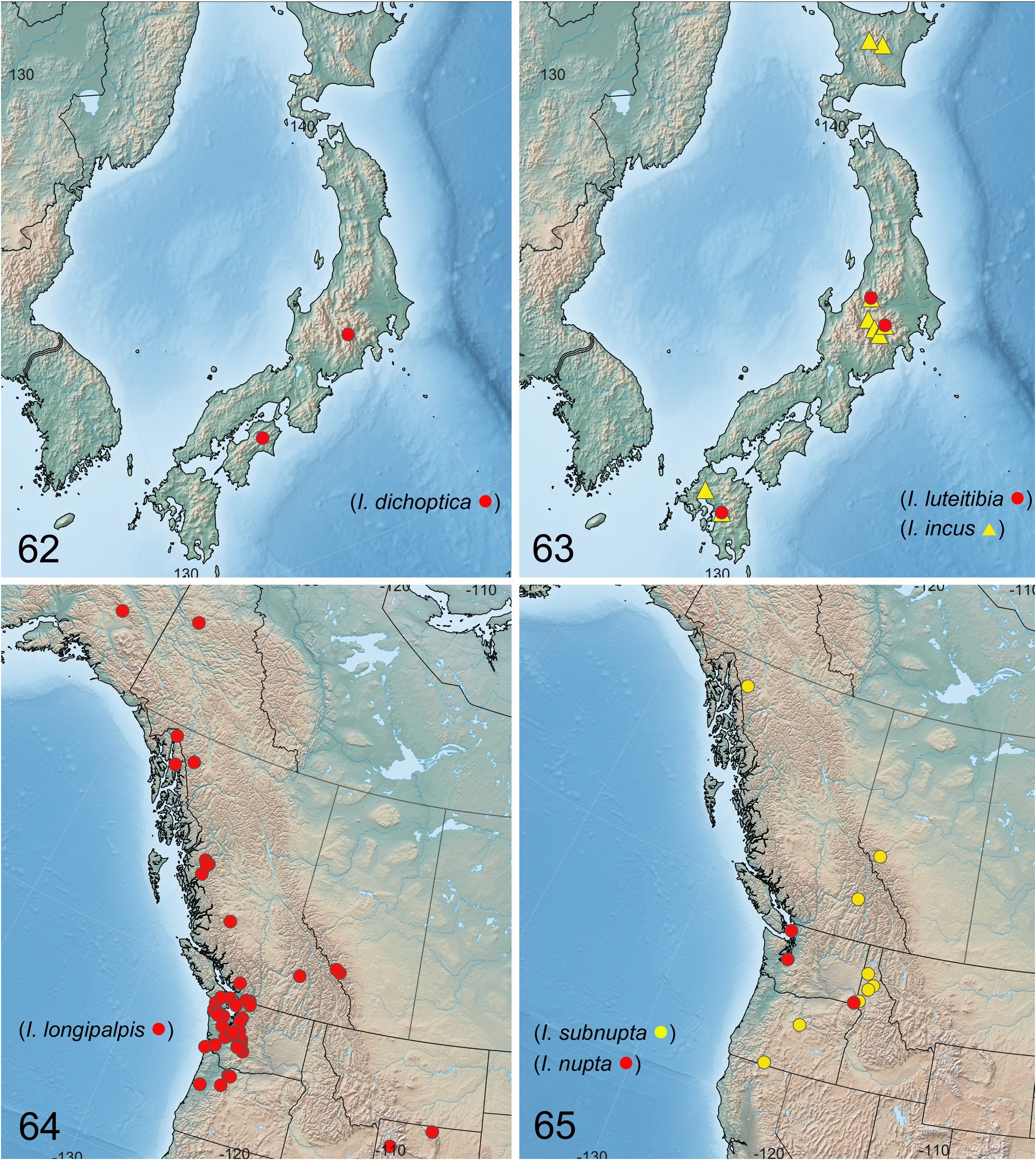