Recognition. This long setose species is distinguished from other species by a distinctively shaped epandrium, with a deep subapical ventral notch and rounded ventral expansion, straight phallus and apex of the hypandrium forked with spine-like lateral projections ( Figs 24, 25 View FIGURES 21–25 ).

Etymology. The specific name is after the Latin tribulosus (thorny), in reference to the spine-like projections on the apex of the hypandrium.

Remarks. This species is most closely related to I. recta   , in the basis of the shape of the epandrium and phallus. 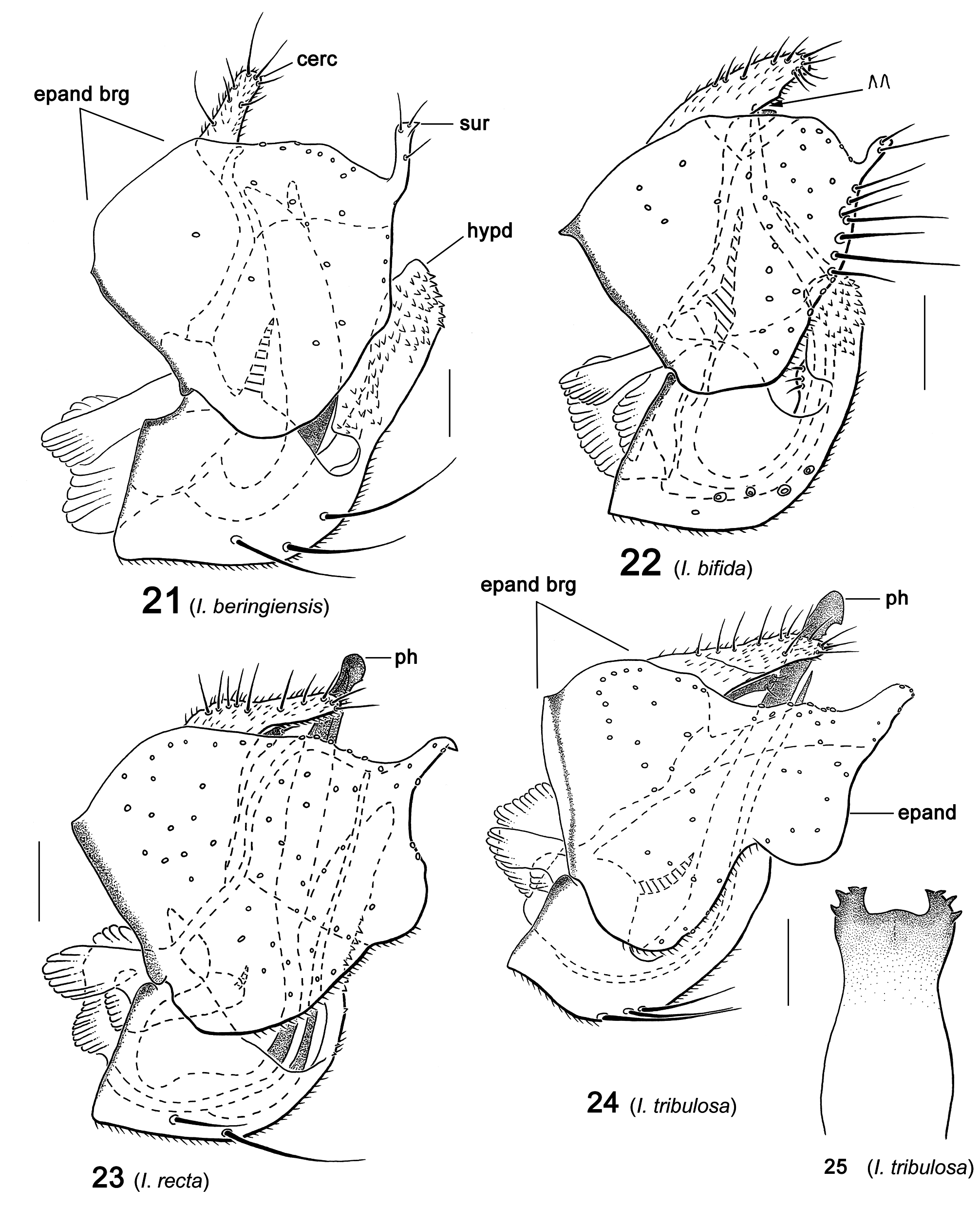