Site of infection: Eggs laid within mesentery, external mucosa of swimbladder, and mucosa of dorsal wall of abdominal body cavity.

Remarks on infection and prevalence: In fish JNC 1726, the eggs formed a dark spot, about 1 cm in diameter, on the mesentery attached to the gonad; no other organ was infected. In fish JNC 2166 and JNC 2174, the eggs were found on the surface of two organs: the outer mucosa of the swimbladder and the mucosa of the dorsal wall of the abdominal cavity; no other organ was infected. Prevalence was 3 / 12 (25 %).

Etymology: longa   , long in Latin, for the length of body.

Comparative material examined: syntypes of Huffmanela filamentosa Justine, 2004   , MNHN JNC 892 A. A slide with eggs kept in lactophenol for more than 3 years was examined using the same methods and microscope as the new species, and measurements were consistent with those of the original publication ( Table 4 View TABLE 4 ).

Eggs in tissue. Mature eggs yellow or yellow-brown, with visible larvae; no dark-brown or black eggs found. Eggs elongate, with slightly protruding plugs. Size of eggs including polar plug, from swimbladder, JNC 2166, 66.0 ± 2.6 (58–72) × 26.6 ± 1.7 (23–32) (n = 121); egg wall 2–4. For measurements of eggs from other fish and organs, see Table 3 View TABLE 3 . Fully developed larvae in most eggs. Surface of eggs apparently smooth. Superficial envelope of eggs: presence of filaments at both extremities; filaments often tightly packed at the level of plugs; when released, filaments form groups at both extremities and along length of eggs. Few unembryonated eggs, yellow-brown, showed strong longitudinal folds on egg surface; considered as aborted eggs. Aborted eggs, in which extremities do not show plugs, also showed longitudinal folds. Eggs after 24 h did not change in length ( Table 3 View TABLE 3 ).

Mobility of larvae and hatching. Larvae in fresh laid eggs were immobile in JNC 1726 and JNC 2166; eggs kept in saline or seawater for four weeks (fish JNC 2166) had immobile larvae and no hatching was detected. By contrast, in fish JNC 2174, a few mobile larvae were seen within fresh eggs observed in saline; 24 h later, the same slides kept in a humid chamber at room temperature showed 10–20 % of eggs with motile larvae. Motile larvae were seen in eggs of various colours, i.e. darker eggs did not have more motile larvae than lighter eggs. These experiments show that differences existed between eggs from different individual fish. No hatching was observed.

Differential diagnosis of eggs. Eggs of H. longa   are distinctly lighter (yellow to yellow-brown) than other species, in which darker eggs are dark-brown or black. Three species have egg measurements comparable to that of H. longa   ( Table 1): these are H. mexicana   , H. schouteni   and H. balista   .

H. schouteni   and H. mexicana   have been reported from the inner layer of the swimbladder, in contrast to H. balista   and H. longa   , both from the outer layer.

H. filamentosa   , another species from the same host, is known only from eggs. H. longa   and H. filamentosa   share a common morphological characteristic, the presence of thin filaments on the eggs, but have very different measurements ( Table 4 View TABLE 4 ) and were not found in the same organ. For this reason, the author considered several hypotheses concerning these two infections.

—Hypothesis 1. There is a single species of Huffmanela   in G. grandoculis   , which inhabits the gills, on the one hand, and the internal abdominal organs, in the other hand. Differences of eggs measurements can be attributed to different trophic sites, with much smaller eggs in the gills.

—Hypothesis 2. Similar to hypothesis 1 with a single species of Huffmanela   in various organs, but the difference in egg size is related to the parasite life-cycle. Eggs from the gill mucosa are constantly dispersed in the external milieu through natural renewal of the gill mucosa, and thus have a short life-cycle; this is consistent with the presence of small eggs. In contrast, eggs from the internal organs are available for continuation of the life-cycle only at the death of the fish, and thus are longer-lasting eggs; this is consistent with the occurrence of large eggs.

—Hypothesis 3. Two different species are present, one in the gills, H. filamentosa   , and one in the internal abdominal organs, H. longa   . The species are differentiated by distinct eggs measurements, with lengths not overlapping ( Figure 5 View FIGURE 5 ).

Hypothesis 2 is supported by comparison with other trichinelloid nematodes in which two life cycles are possible, i.e. Calodium hepaticum (Bancroft)   and Paracapillaria philippinensis (Chitwood, Velasquez & Salazar)   (see Moravec 2001). However, the absence of observations on the adults of the species studied here precludes the choice of this hypothesis.

Hypothesis 3 would have been chosen without hesitation had the two species been found in two different fish species, because the eggs are extremely different. A possible argument against Hypothesis 3 is the presence in both species of thin filaments on the eggs, apparently a shared character. However, observation of similar thin filaments on eggs of H. mexicana   , and on H. ossicola   , probably means that such filaments are widespread in Huffmanela   eggs and cannot be considered of great differential importance. This hypothesis, the presence of two distinct species, was finally preferred as the most probable, and the one which does not imply speculations on the life cycle which cannot be verified. A consequence is that G. grandoculis   is the first fish in which two different species of Huffmanela   have been found. H. filamentosa   has not been found since its description, meaning that it is possibly rarer than H. longa   , found in three fish. 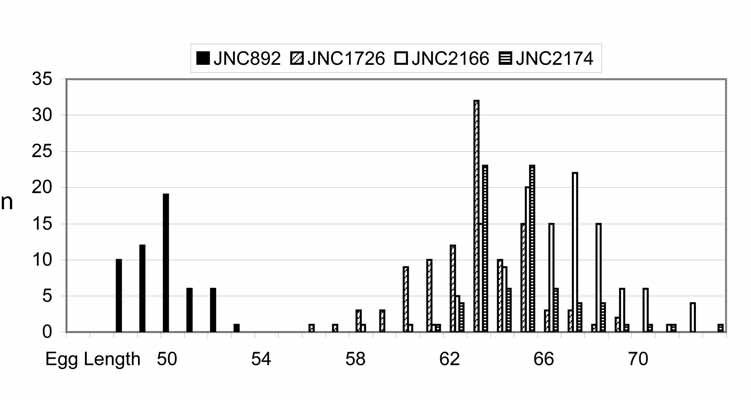 TABLE 4. Measurements of eggs of Huffmanela filamentosa and H. longa, both from Gymnocranius grandoculis. See also histogram in Figure 5.