This species is named in the honour of Prof. Qiqing Pang (Hebei GEO University, China) in recognition of his productive work on Mesozoic and Cenozoic ostracods since the 1960s.

The new species has some typical Cyclocypris characteristics. It is small, has a rounded carapace and long swimming setae on the A2; besides, it lacks male bristles on the A2 and has elongated terminal segment on the L7 and a long g -seta on the same appendage. The new species is somewhat similar to C. serena in terms of its size, the overlap of RV and LV, smooth surface of the valves, long swimming setae on the A2, rectangular basal segment of the L5, and short h1 -seta on the L7. However, it can be distinguished from C. serena based on the following characters: (1) the lobes a and b, and the general shape of Hp, are much wider than in C. serena ( Meisch 2000); (2) the length of the L6 e -seta, the UR Sa - and Sp - setae, the number and length of the apical setae on both prehensile palps of the male L5, all differ from C. serena ; (3) with respect to valve morphology, C. serena [0.58-0.63 mm according to Meisch (2000)] is significantly larger than the new species, the inner list on the RV is less pronounced ( Fuhrmann 2012), and the exterior inner list is absent. These differences in valve morphology would help distinguish the two species when dealing with sub-fossil / fossil material. The new species can be easily recognised, among the other 21 congeners, by the presence of a small, S-shaped process next to the lobe b, as well as a slender, distally curved lobe h (Fig. 6F View Figure 6 ). 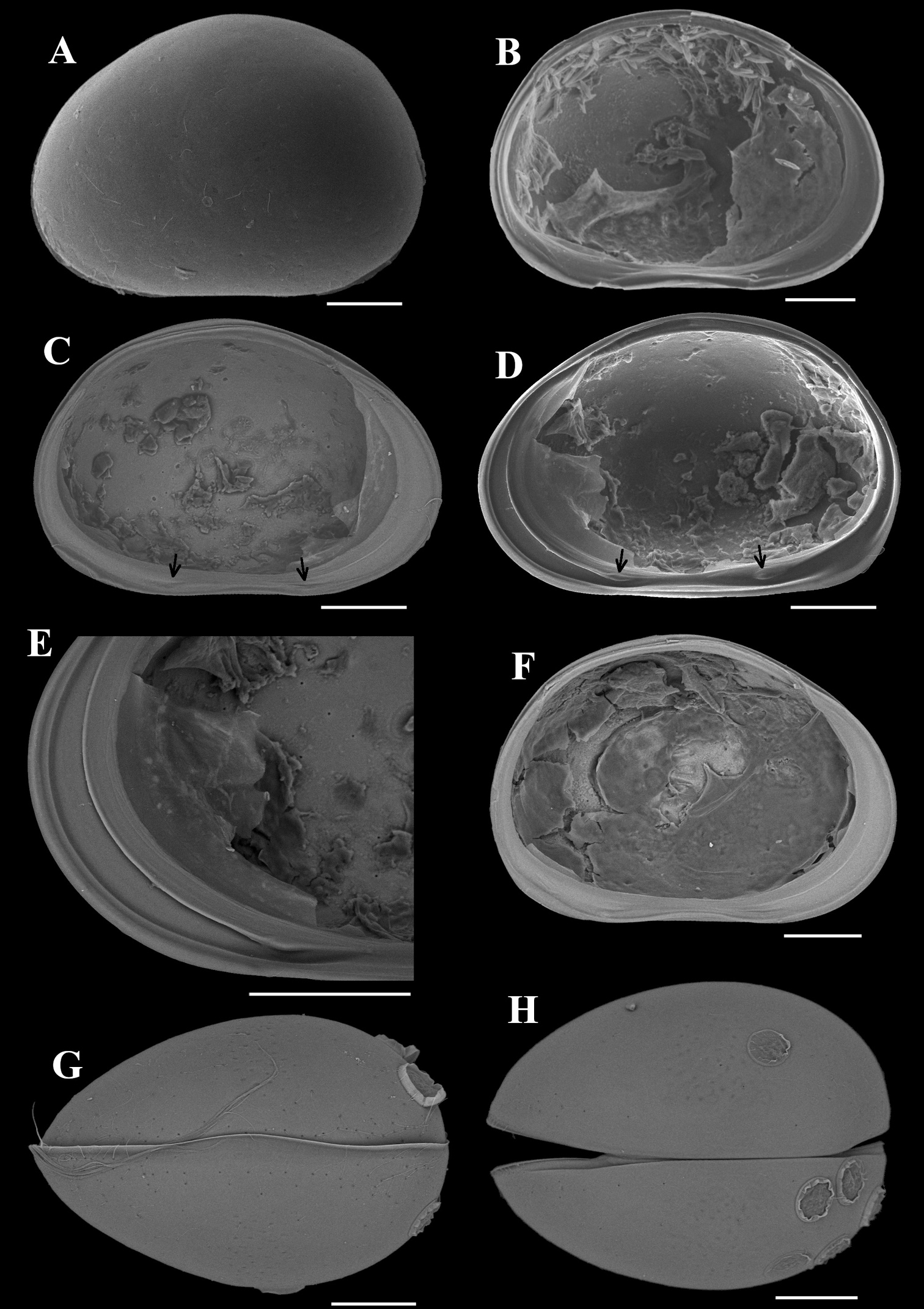 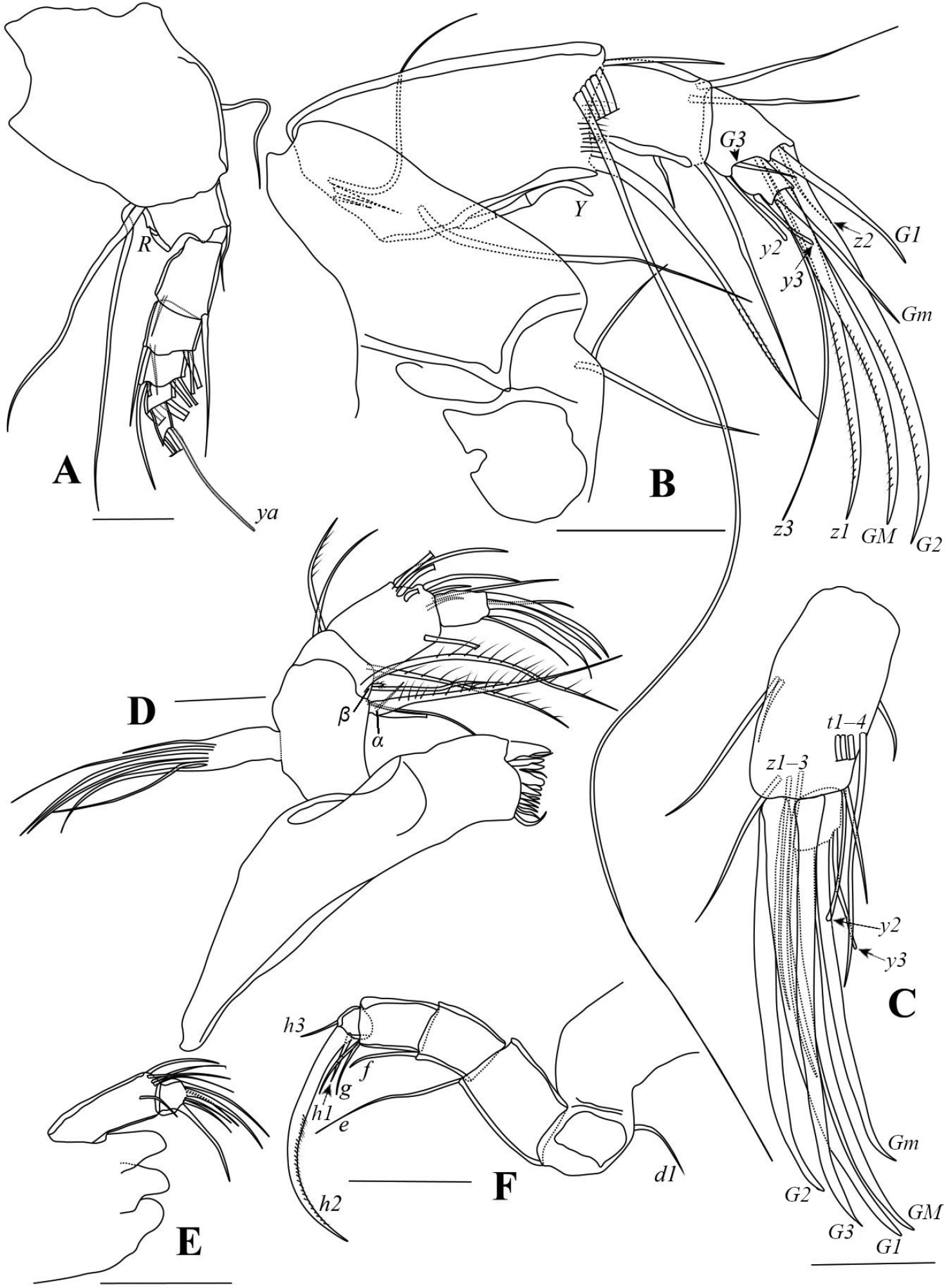 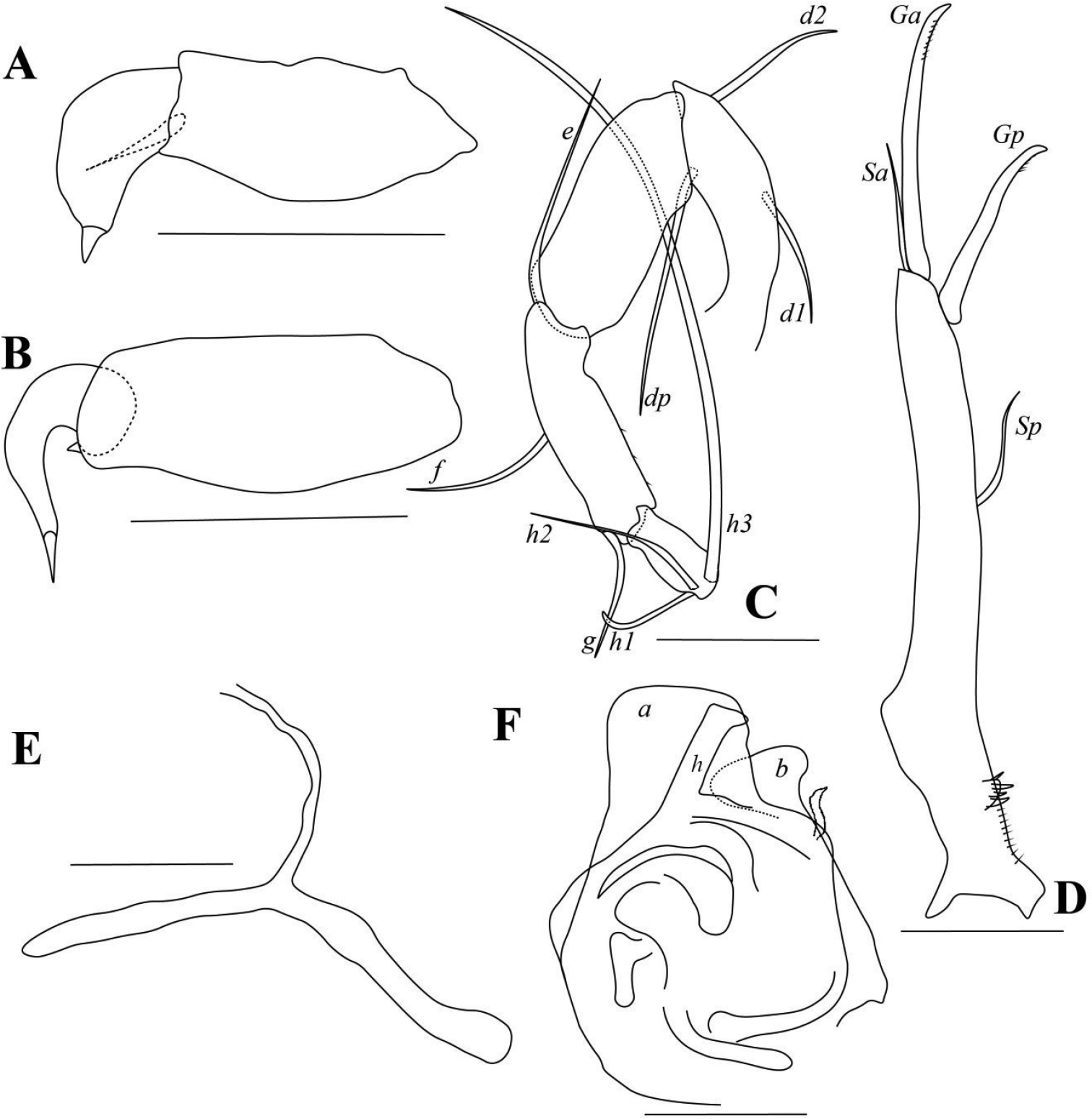