Musca cluvia Walker, 1849: 885   . Holotype female (BMNH, examined). Type locality: West Indies (as “ West India. From Mr. Children’s collection”). Note: The holotype is intact and in reasonably good condition; it is typical for the female of the species.

Diagnosis. One of seven species in the Neotropical Region with pale setae on the gena. Lucilia cluvia   is the only species in the region that has the combination of pale setae on gena and basicosta pale orange ( Figs. 1 View FIGURES 1–6. 1–2 , 10 View FIGURES 7–15. 7–9 ). The pale orange basicosta is also found in five other species in the region, including two species with three postacrostichals ( L. cuprina   and L. sericata   ), two species known only from the West Indies ( L. problematica   and L. retroversa   ), and one species ( L. deceptor   ) known only from the Galápagos and Cocos Islands. Both calypters are pale in both sexes, a condition found in only six species in the region (Table 2). Males of L. cluvia   have an exceptionally wide frons, 0.12 (0.10–13/13) of head width at narrowest, which readily distinguishes this species from other similar species. The broad frons in males is unique to this species with two postacrostichals on the mainland in the Neotropics. The males of the three species with two postacrostichals in the Galápagos also have a very broad frons, as do the two species with three postacrostichals in the Neotropics. Lucilia cluvia   is known only from Central America, the West Indies, and the Nearctic Region.

Description. See Whitworth (2010) for details of characters and figures of species character states.

Discussion. Curran (1934a) listed L. cluvia   from Guyana (as British Guiana), this is almost certainly a misidentification as this species has not otherwise been found in South America. Lucilia albofusca   also has pale setae on the gena (like L. cluvia   ), it is a common species in Guyana and French Guiana and is likely what he was seeing. Mariluis et al. (1994) recorded this species from Argentina, Colombia, Ecuador, Mexico, Paraguay, Peru and Venezuela and described three forms of this species. They distinguished L. eximia   and L. cluvia   based, in part, on the color of setae on the gena (jowls). They described the gena of L. eximia   with white pilosity and the gena of L. cluvia   without white pilosity. The authors listed L. rica   and L. ibis   as synonyms of L. cluvia   , this was a mistake, both are valid species. The discussion of L. cluvia   was repeated in Mariluis (2002). In fact, the reverse condition exists; L. cluvia   has pale setae on the gena while L. eximia   has dark setae on the gena. Lucilia cluvia   is the only mainland species with the combination of a pale yellow to orange basicosta and pale setae on the gena in the region. The frons width of male L. cluvia   is distinctive, 0.12 (0.10–0.13) of head width at narrowest; it is broader than any other mainland Neotropical Lucilia   with two postsutural acrostichals ( Lucilia   males of three species in the Galápagos have a broader frons). Mariluis & Mulieri (2003) recorded this species from Argentina, Brazil and Uruguay and several authors appear to have followed their identification. I believe all records of this species from South America are likely an error. Amat et. al. (2008) provided a key to species of Colombia, the characters given in the key appear to be for L. cluvia   , but the authors do not indicate they collected it there and there is no evidence this species occurs there.

Barcodes for four specimens were obtained; two specimens from Puerto Rico and two from Costa Rica and they formed a distinct group ( Fig. 161 View FIGURE 161 ).

FIGURE 161. A neighbor joining tree of specimens and species of Neotropical Lucilia using CO1 DNA barcode, made with K2P distance and generated in BOLD. 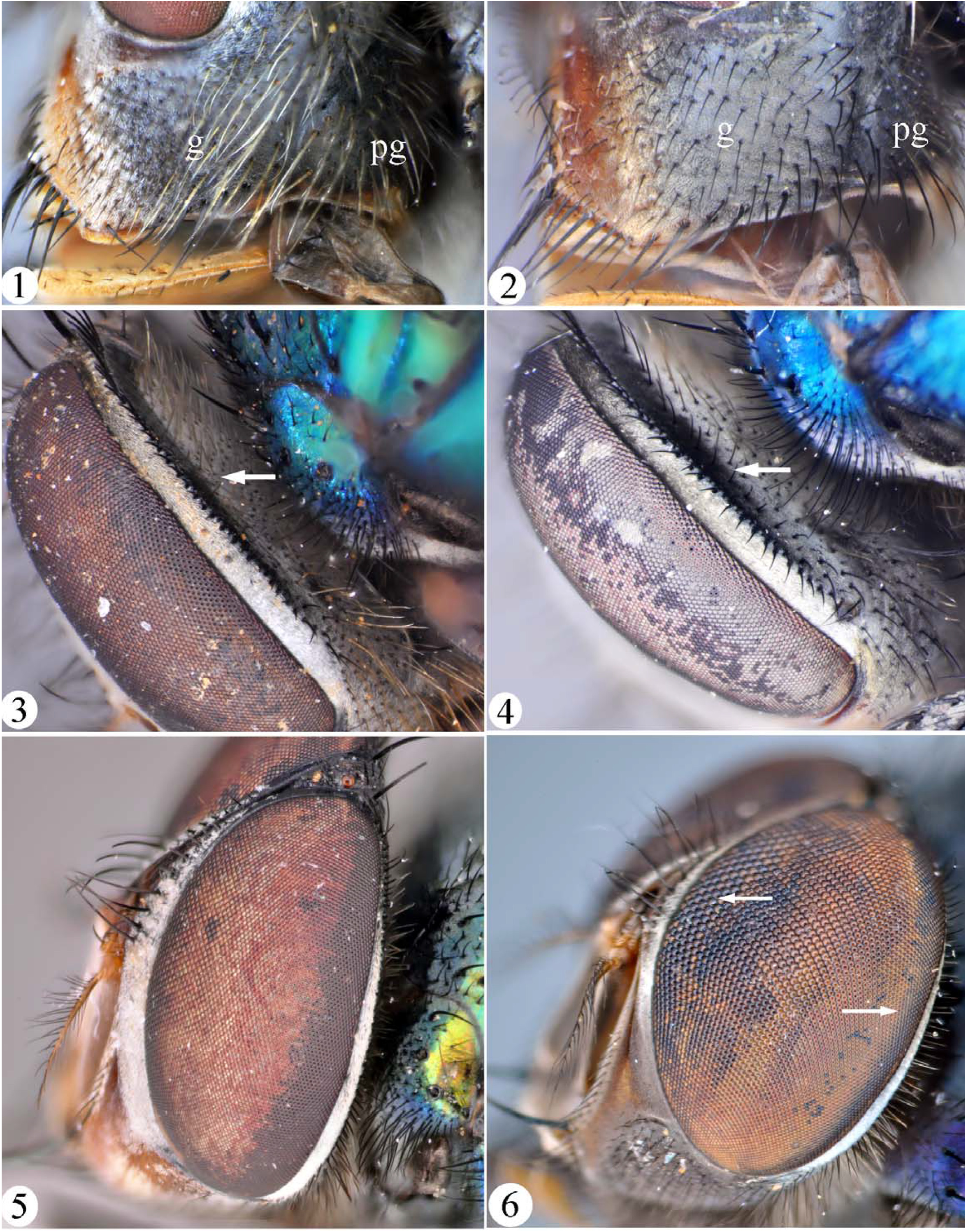