Pyrostegia venusta   is native to Brazil, but widely cultivated in the tropics and subtropics as an ornamental vine. It is very expansive and readily colonises vast surfaces. Although the seed-set is rarely observed outside the native range, the species is increasingly considered an unwanted, invasive environmental weed that quickly spreads as a result of clonal growth. It is now classified as an invasive weed in many areas, for instance, in Florida in the U.S.A. ( Hutchinson 2005).

Pyrostegia venusta   grows in several places in La Quinta in Tenerife (Fig. 8 View Figure 8 ). It is found in vacant lots in residential areas and on the verge of a ravine. It probably arose from discarded garden waste. It had not been recorded before in the Canary Islands. Since it is very commonly grown as an ornamental there, it will doubtlessly increase in the near future and may well establish permanent colonies. 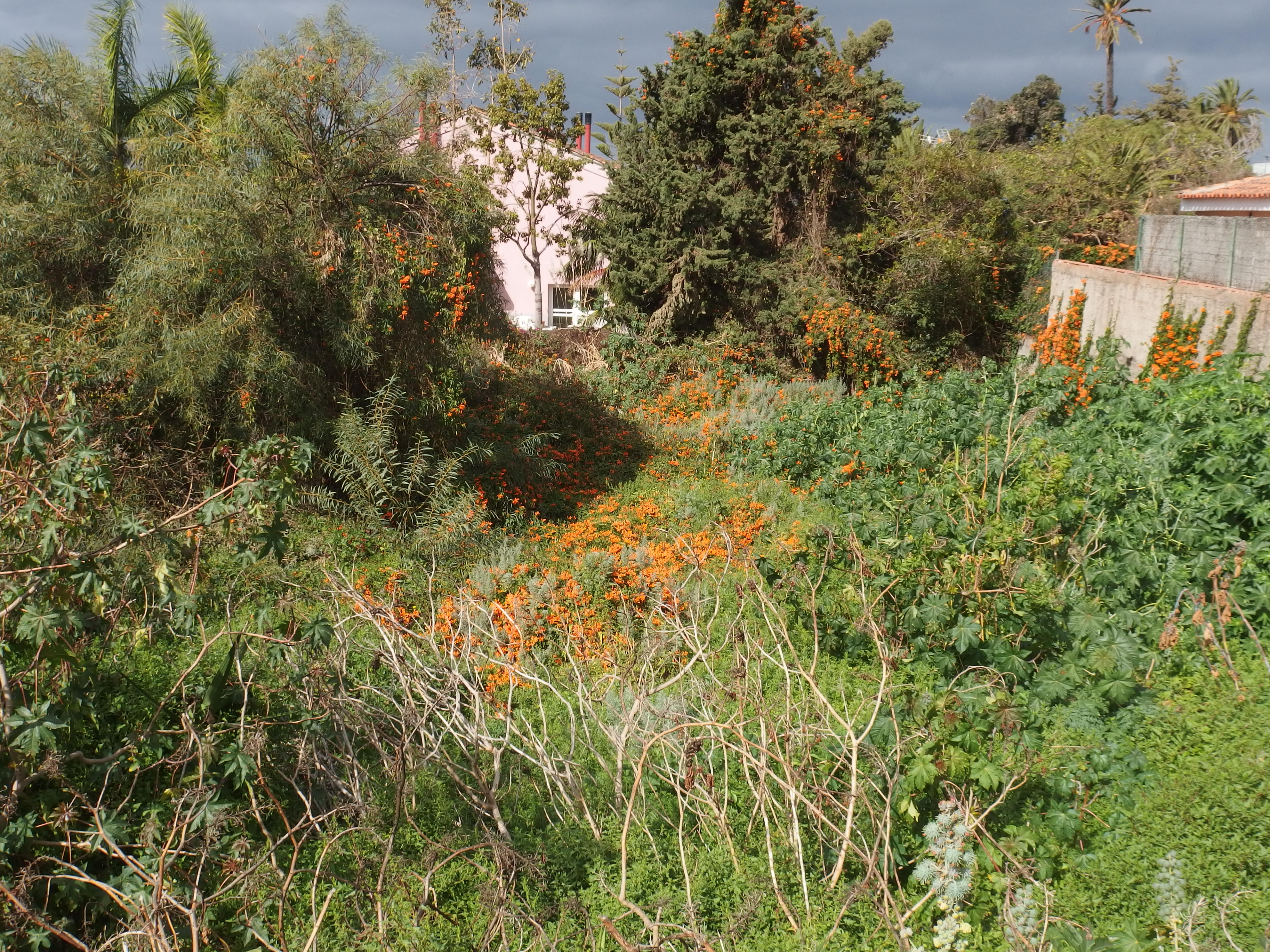