Etymology. The specific epithet honors the Xokleng people, the original inhabitants of the type location, who have been brutally decimated since the beginning of colonization by those of European extraction in southern Santa Catarina state. The name is to be regarded as a noun in apposition.

Wings (as in Fig. 3B View FIGURE 3 ). Plain brown, with setae instead of scales on non-marginal veins. Vein R 1 somewhat bolder. Apex of R 2 basal to the one of M 1. Halter slightly lighter or same color than scutellum.

Distribution and biology. This species is known from three individuals (two females and one male) collected in light traps from type locality, Serra Furada State Park, in Grão Pará, SC, at elevations of 355– 354 m. Serra Furada is a region of Atlantic Forest, interspersed with large areas of Eucalyptus cultivation, near the transition to Araucaria Forest   at higher altitudes. The rivers where traps were set are gravel-bed streams, 4–6m wide and about 1m deep.

Taxonomic discussion. This species shares the synapomorphies which define the rotunda group (as designated by Borkent, 2008): wings without a pattern of pigmentation and posterior anepisternum with contiguous ventral and dorsal portions. Male flagellomere 8 shorter than both 7 and 9, wing with apex of R 2 basal to apex of M 1 and the presence of setae instead of scales on wing veins place Corethrella xokleng   sp. n. among the clade formed by C. kerrvilensis (Stone), C. remiantenalis Borkent, C. blandafemur Borkent   , C. brevivena Borkent   , and C. globosa Borkent.   Corethrella xokleng   sp. n. does not share the synapomorphies that group C. remiantenalis with C. blandafemur   or C. brevivena   with C. globosa   , respectively, suggesting it may be the sister to a clade comprised of all four of these species. Females and males of C. xokleng   sp. n. were associated by their shared pigmentation patterns on wings and legs, the collecting location, the pattern of empodia and by the 4 setae on the frons, the latter being a unique character among rotunda group. 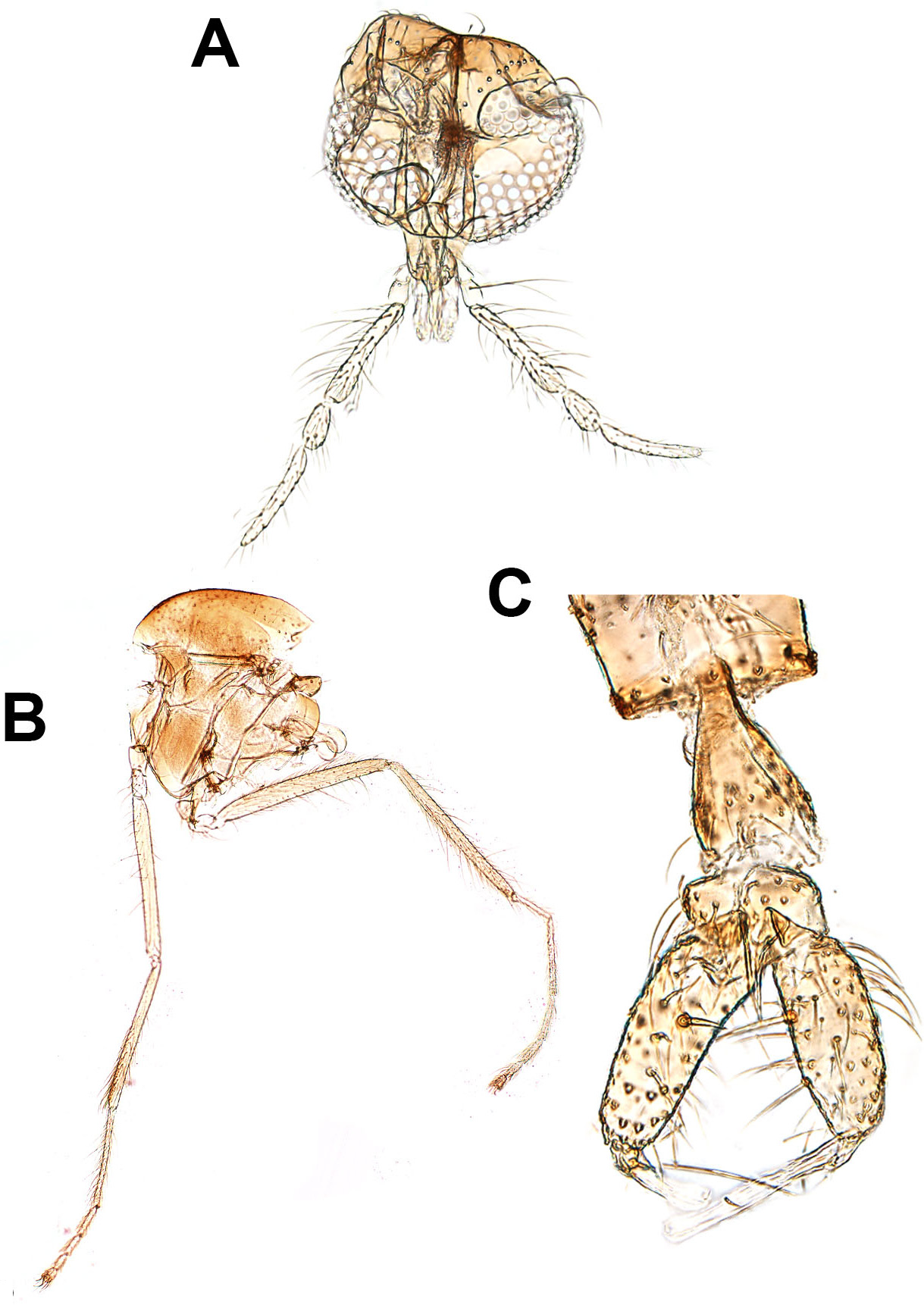 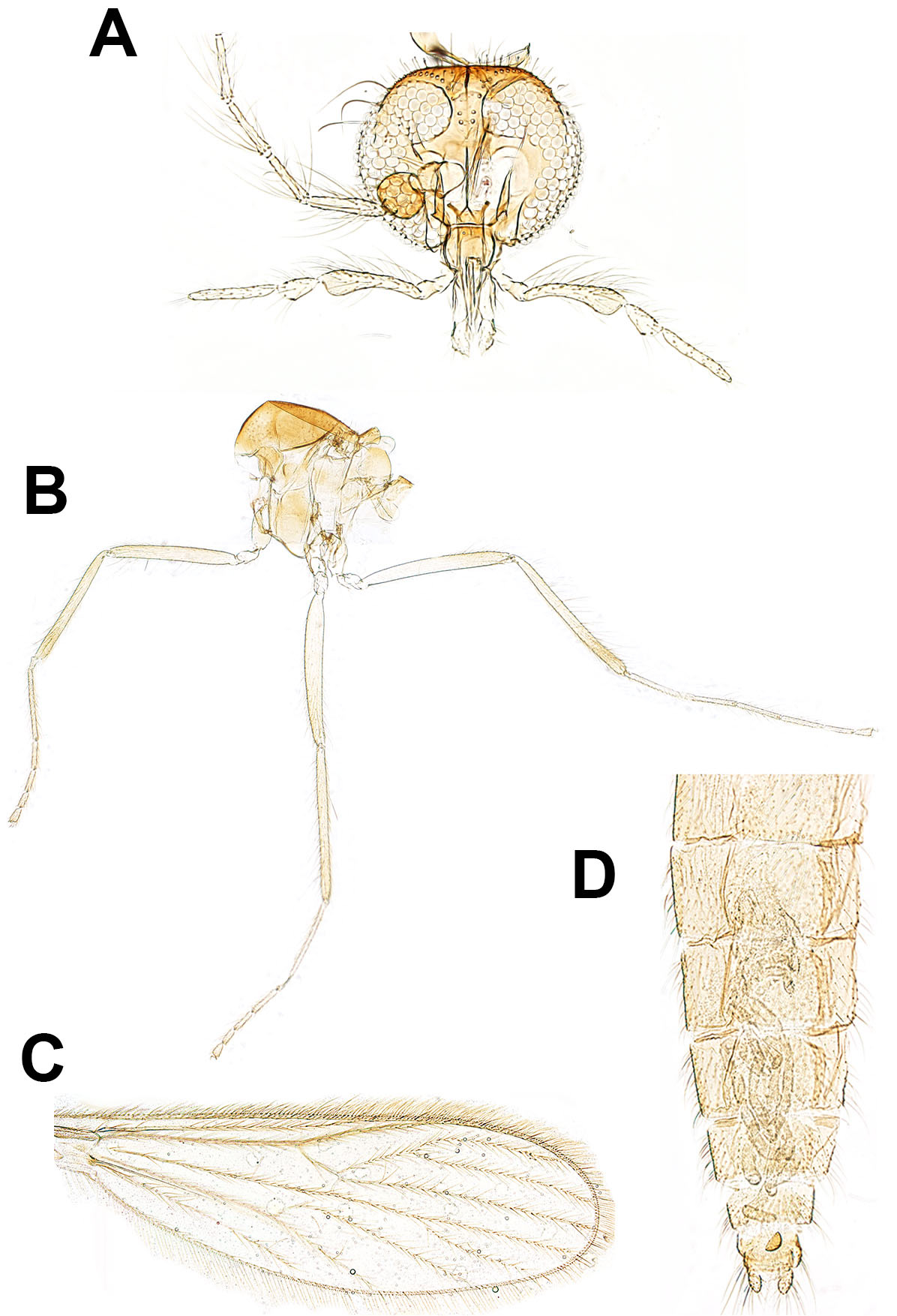