Palisota cristalensis E. Bidault & Burg most closely resembles P. leewhitei Burg, O. Lachenaud & E. Bidault but differs by the combination of a more robust habit, its straight, erect rusty pubescence on the stems, inflorescences, petioles, upper surface of the lamina and primary venation on the lower surface of the lamina, and its erect inflorescence oriented parallel to the petiole.

Etymology. – The species epithet refers to the Cristal Mountains in Gabon, where most specimens of this species have been collected.

Distribution and ecology. – Palisota cristalensis is known from Gabon (Estuaire and Woleu-Ntem provinces) and Equatorial Guinea ( Rio Muni). Most specimens (8) have been collected in the Cristal Mountains in Gabon, one came from the Ndote Reserve in Equatorial Guinea, and one is known from south of the Komo river, near the Remboué river ( Fig. 5 View Fig ). It grows in the understory of mature to secondary forests on terra firme, on slopes and nearby rivers, but not on inundated ground. It is known from 40 to 555 m elevation.

Conservation status. – The EOO is 6,320 km ², above the upper threshold for “Endangered” status under Criterion B1, and the AOO is estimated at 32 km ², at lower end of the range for “Endangered” status under Criterion B2. Palisota cristalensis is known from 10 collections, 8 of which were made in the Cristal Mountains, both inside and outside the National Park (Mbé sector), near the Kinguélé and Tchimbélé hydroelectric dams on the Mbé river, all after the completion of dam construction. One collection was gathered at an oil exploitation concession in 1991 near the Remboué river, south of the Komo river, in Estuaire province, and another one was made in the Ndote Reserve in Equatorial Guinea in 1998. These 11 collections represent 4 sub-populations. The sub-population located at the Remboué drilling site is threatened by oil exploitation, and that located near Kinguélé in the Mbé valley in Cristal Mountains, though situated in the National Park, is threatened by the planned development of a hydroelectric dam on the Mbé river, which is expected to lead to its extirpation. Despite being located outside the National Park, there is no evidence of an existing threat to the subpopulation located near Tchimbélé in the Cristal Mountains. The 4 sub-populations represent 4 locations with respect to the most important threat (hydroelectric projects). This species is threatened by oil exploitation and the development of a hydroelectric project, leading to projected decline of its EOO, AOO, quality of its habitat, number of locations and number of mature individuals. Palisota cristalensis therefore qualifies as “Endangered” [EN B2ab(i,ii,iii,iv,v)] according to the IUCN Red List Categories and Criteria ( IUCN, 2012).

Notes. – Despite its abundance in the Cristal Mountains, where 8 specimens were collected starting thirty years ago, P. cristalensis has never been recognized as separate from P. satabiei . This is probably due to the morphologically broad description of P. satabiei provided by BRENAN (1984) and to his inclusion of Hallé & Villiers 5310 from the Cristal Mountains, described as having profuse long, patent rusty trichomes on the petiole, leaf margins and upper side of the lamina, a collection that we have not located at P, but which we suspect could be of P. cristalensis . Nevertheless, P. cristalensis differs from P. satabiei by its short, erect inflorescence, and its peculiar pubescence, which we now know does not fall within the range of variation of P. satabiei . Palisota cristalensis more closely resembles P. leewhitei by its habit and short, erect inflorescence bearing sessile cincinni, but can be easily distinguished from it by its pubescence and an overall more robust habit. 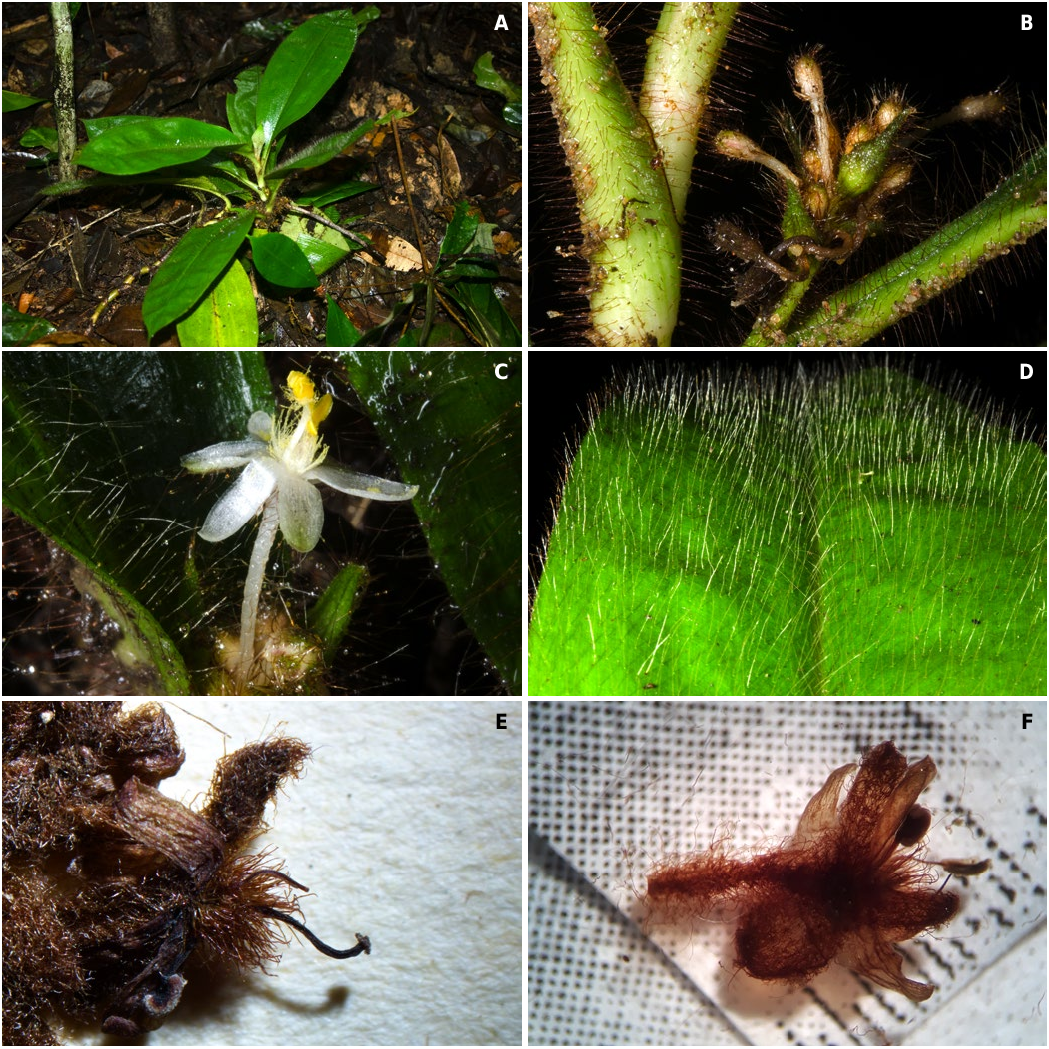 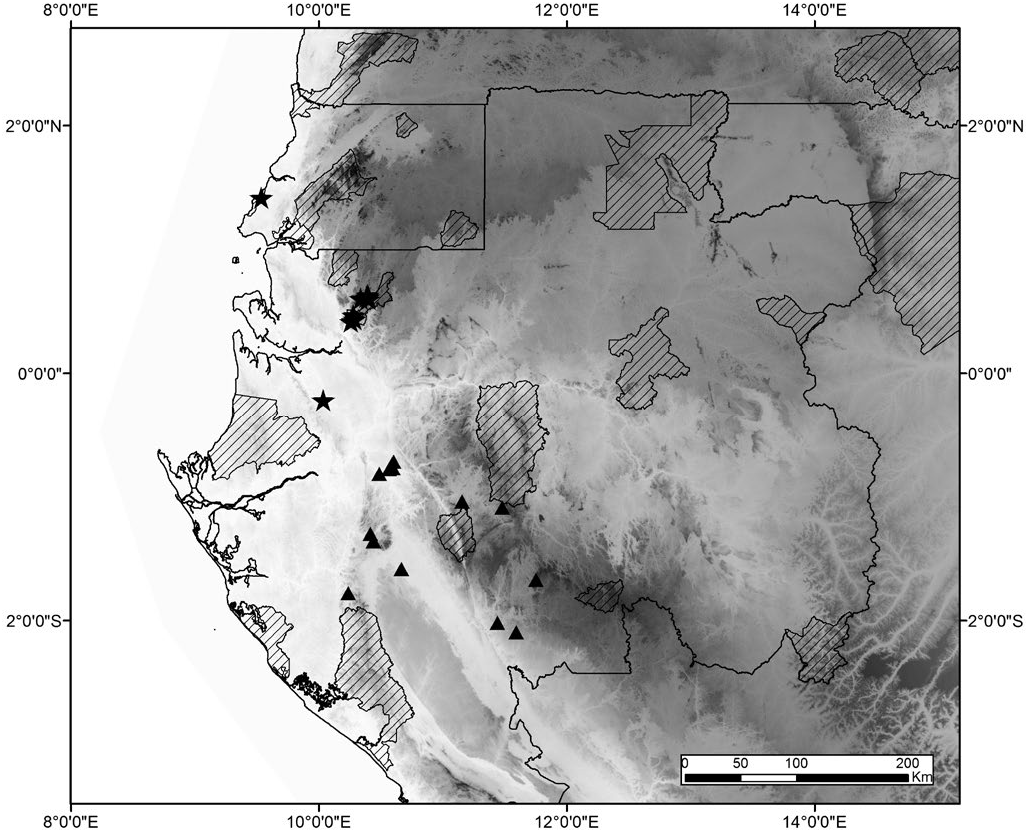