Diagnosis: The posterior gonopod coxites of this species are similar to those of the other two described above, but the main branch has the characteristic form of a bird’s head, while the anterior gonopods are unique in their rugose apices.

Etymology: We are happy to name yet another species for our friend and colleague William P. Leonard, an expert in terrestrial mollusks who has taken the trouble to collect large numbers of millipedes in the Pacific Northwest, most of them belonging to new taxa.

Notes: The anterior gonopods are rather similar to the Taiyutyla   pattern. Unfortunately limited material did not permit SEM examination, but the drawings provided will allow clear identification of this species. 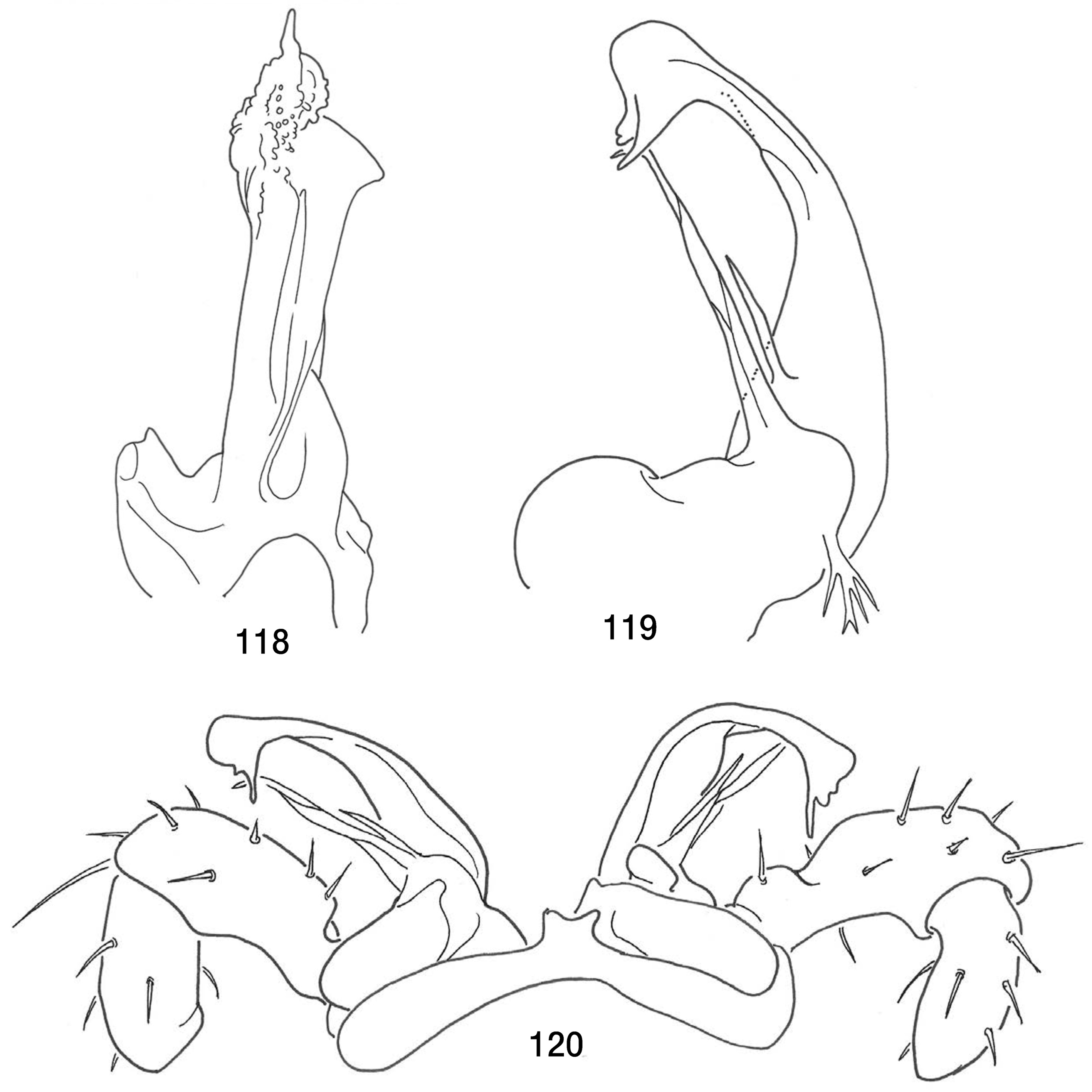