Diagnosis: Similar to the foregoing two species but distinct in that the anterior gonopods lack mesal branches and terminate in a series of finger-like projections from a flattened, palm-like tip. Also, the posterior gonopod coxite pseudoflagellar branch is greatly thickened about midway in its length and then tapers rapidly to a very thin tip.

Etymology: The species epithet, an adjective, refers to the lack of a mesal branch on the anterior gonopod. 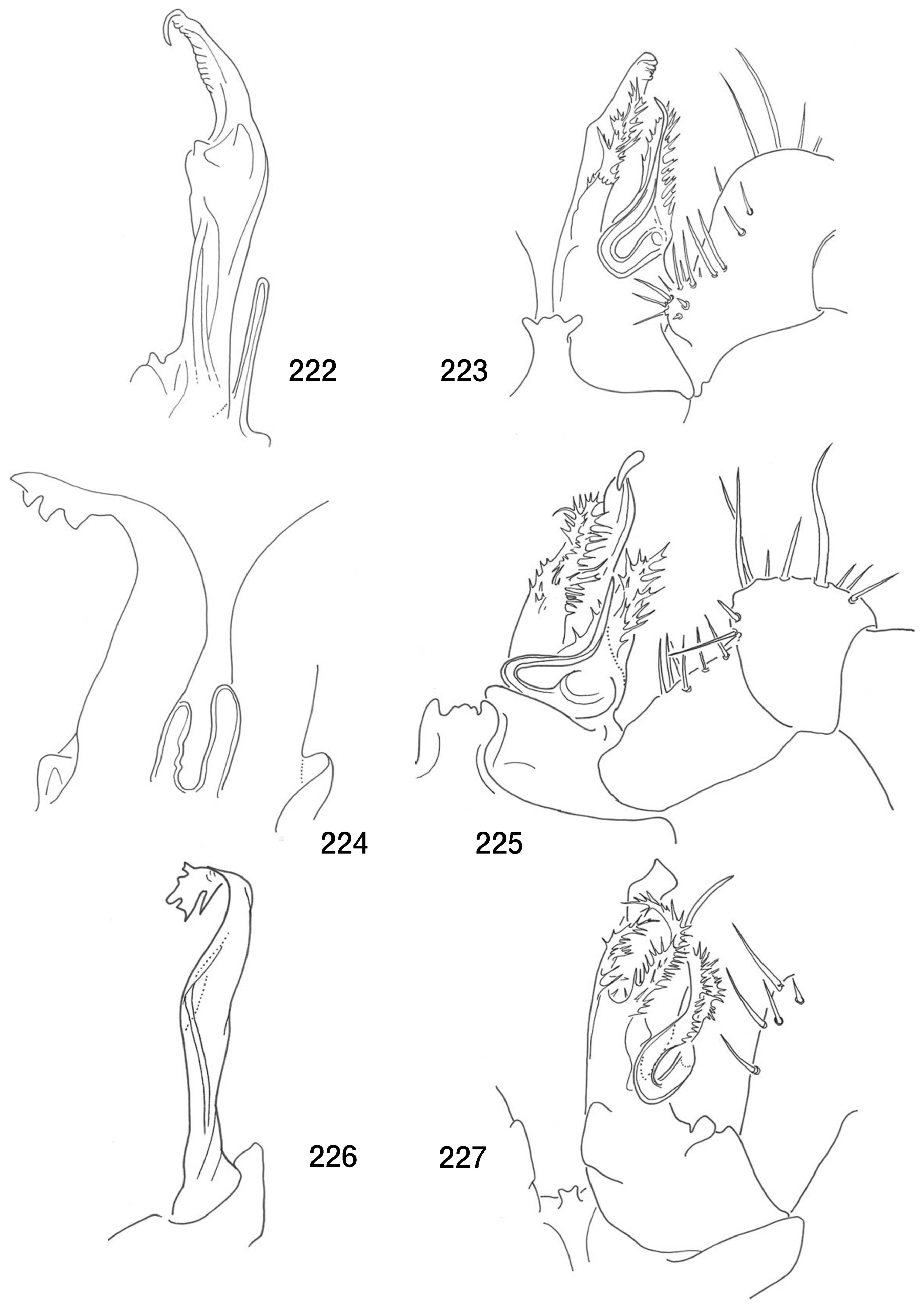 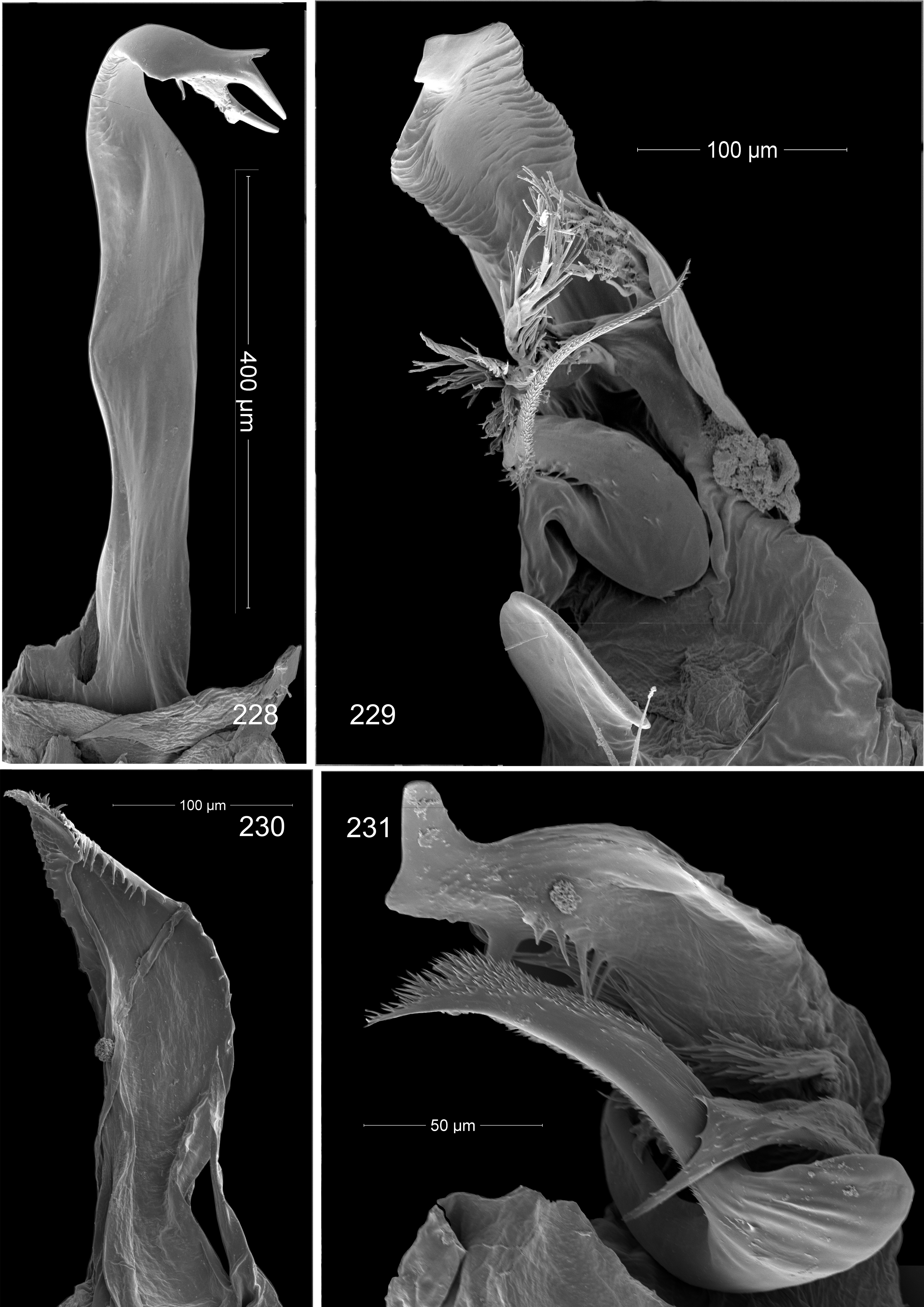