Male. Structure as well as color, setae and sculptural patterns ( Fig. 6 F–H View Figure 6 ) similar to those described for A. gansuensis   except about basal half of metatibia pale and apical half lighter brown, lighter in color than respective femur ( Fig. 6F View Figure 6 ).

Originally described reared from the eggs of the pine moth, Dendrolimus punctatus   Walker, and of the Simao pine moth, D. kikuchii   Matsumura ( Lepidoptera  , Lasiocampidae   ) (Sheng and Yu 1988). Here we newly report it as an egg parasitoid of C. japonica   and, in the laboratory, of A. pernyi   .

Of the species we reared from C. japonica   , females of A. meilingensis   are readily distinguished because they are the only ones that are brachypterous. The fore wing color pattern, with the discal region having a distinct region of orangish setae behind the venation and often also a slender remnant of a hyaline cross band more apically ( Fig. 6E View Figure 6 : cbr), is unique among described Anastatus   species with brachypterous females. However, except for the reduced hyaline cross band, the setal pattern is similar to that described for A. gansuensis   . Females of one other described Anastatus   species from China, those of A. huangi   Sheng & Yu (1998), are also brachypterous. However, the reduced fore wings of female A. huangi   have a color pattern more similar to macropterous females, having a distinct hyaline cross band with white, hair-like setae behind the marginal vein ( Peng et al. 2017, fig. 32).

Although Sheng and Yu (1998) reared a single male as part of the type series of A. meilingensis   this male was not found by Peng et al. (2017). The line drawn figure of the antenna stated as that of a male by Sheng and Yu (1998, fig. 4) is obviously that of a female because of the presence of a visible, anelliform fl1, and a three segmented clava. Of the species treated, males of A. meilingensis   are mostly similar to those of A. gansuensis   because both have a clava that is distinctly shorter than the combined length of the apical funiculars ( Figs 4H View Figure 4 , 6H View Figure 6 ). However, based on our reared material males of A. meilingensis   have a different metatibial color pattern, the metatibia being more extensively pale basally and lighter brown apically than for males of A. gansuensis   (cf. Figs 4B View Figure 4 , 6F View Figure 6 ). 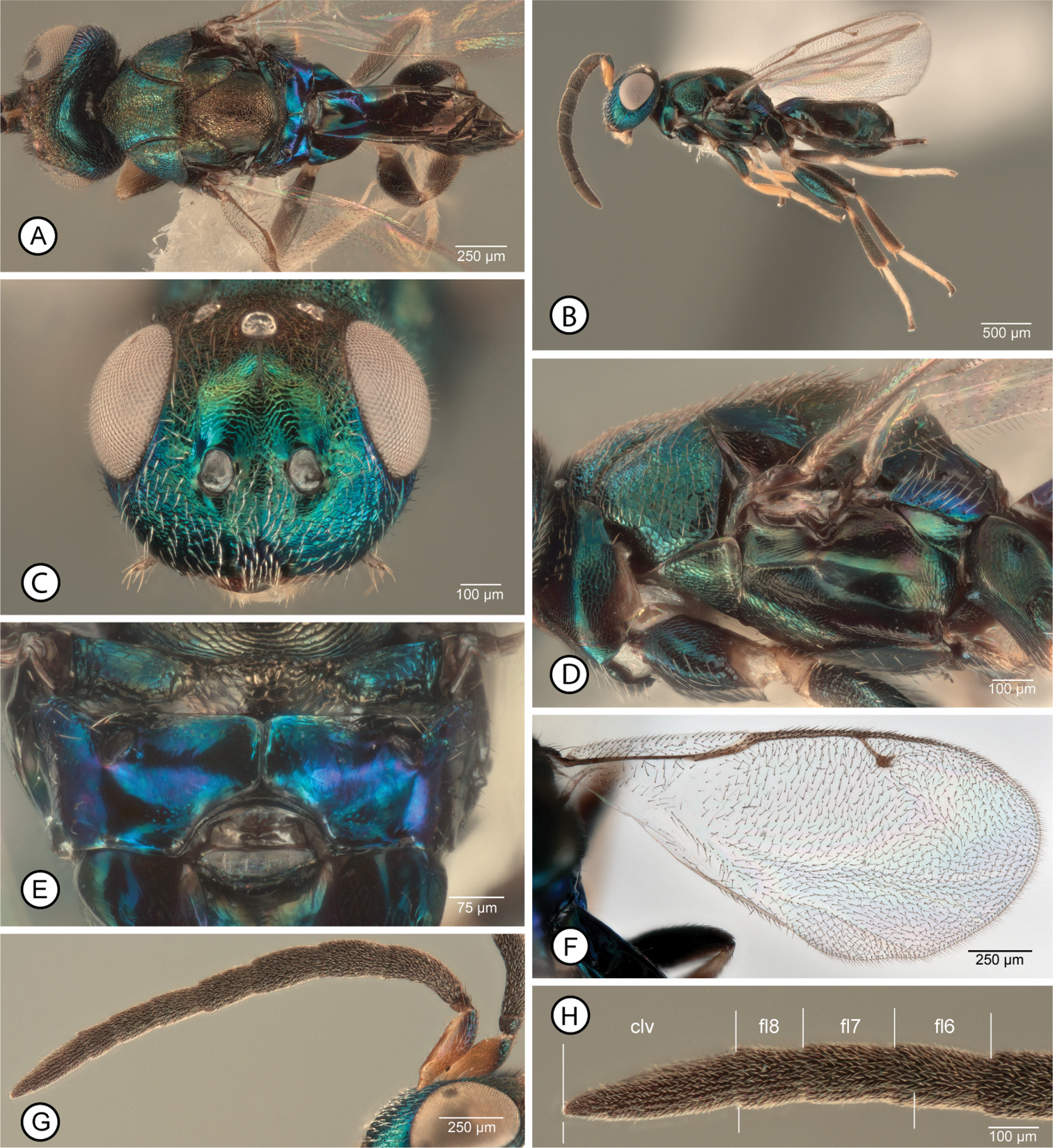 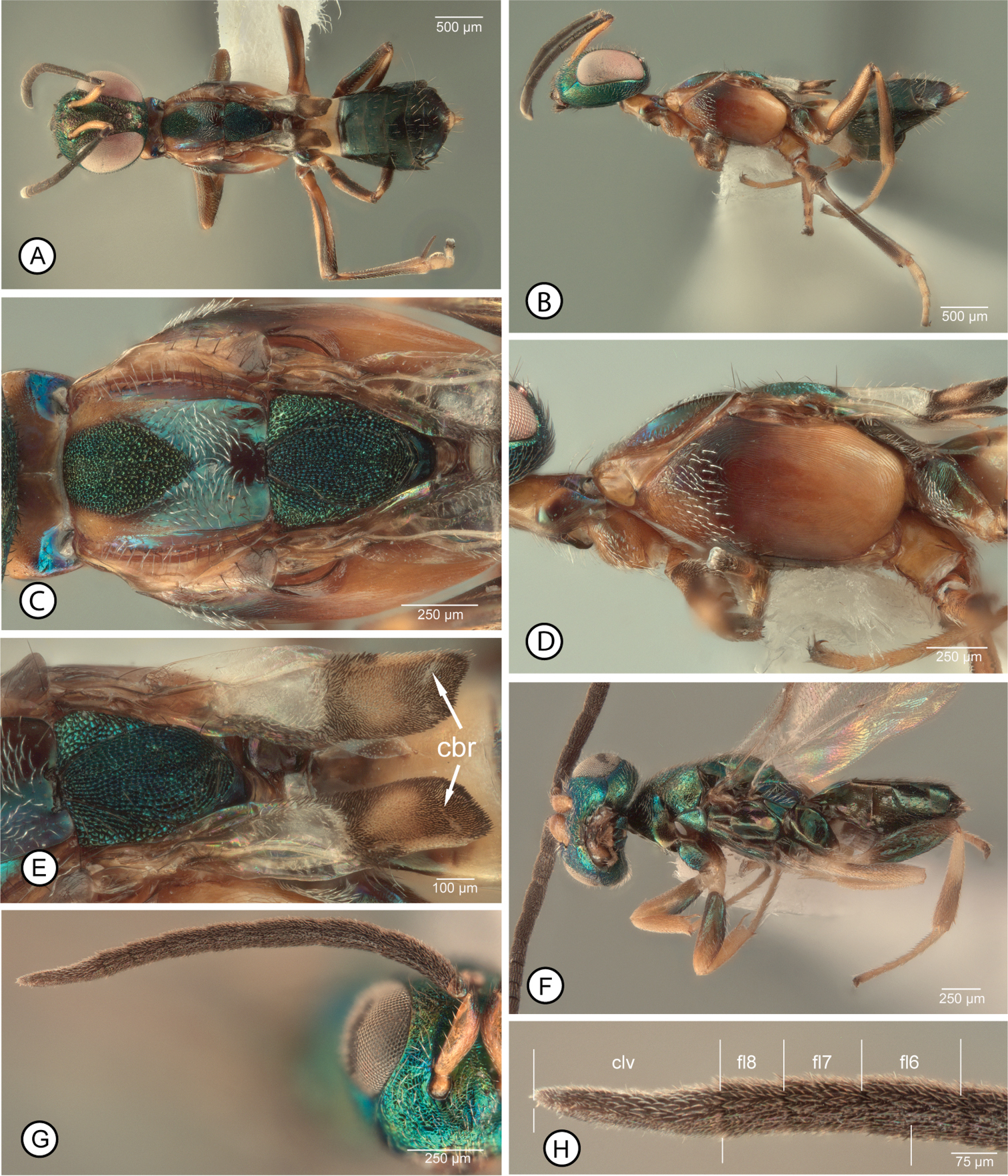