Anterior extremity of third sternite truncate, projected between the coxae of the exopods of the third maxillipeds. Fourth thoracic sternite elevated in median region, without ornament, lateral margins slightly recurved.

Variations.—The rostrum is more excavated in the larger paratypes, and the larger chela is more globose.

Remarks.—The Bayesian phylogenetic analysis of the molecular data showed that A. pomerana belongs to Clade Cas defined in Pérez-Losada et al. (2004). With regard to the relationship to other species, this was considered a sister-species of A. leptodactyla ( Fig. 3 View Fig ), which occurs in the Rio Uruguay basin on the high plateau of Rio Grande do Sul and Santa Catarina. Nevertheless, there are several morphological differences between these two species. A. pomerana does not bear an extra-orbital sinus, whereas A. leptodactyla possesses this character. The rostrum of A. pomerana is only slightly ligulate, recurved, lacks a carina on the distal third, and ends without a spine on the tip; whereas this structure in A. leptodactyla is of medium length, and its distal end terminates in a spine. A. pomerana has wide chelipeds; its sister species has narrow chelipeds.

The relationship of A. pomerana with species found in the Rio Uruguay basin, which at present has no direct connection to the Rio Itajaí basin, can be attributed to a common geological origin of the two basins, which is related to the formation of the Serra Geral in southern Brazil ( Ribeiro, 2006). The uplift of the Serra Geral separated the Uruguay and Itajaí-Açú rivers creating the opportunity for new species to arise through allopatric speciation.

Etymology —Named in honor of the inhabitants of Pomerode, the type-locality of the species. 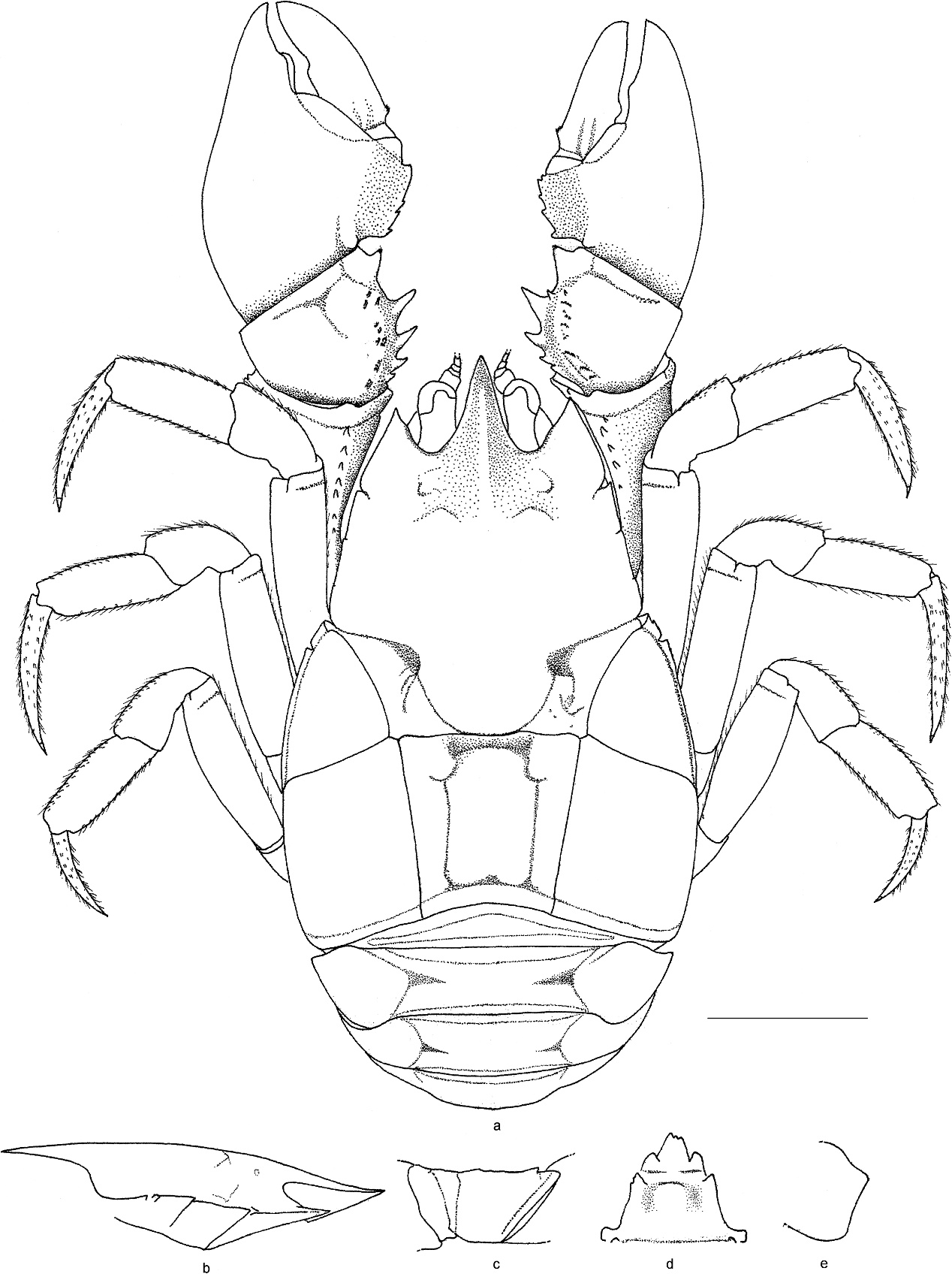 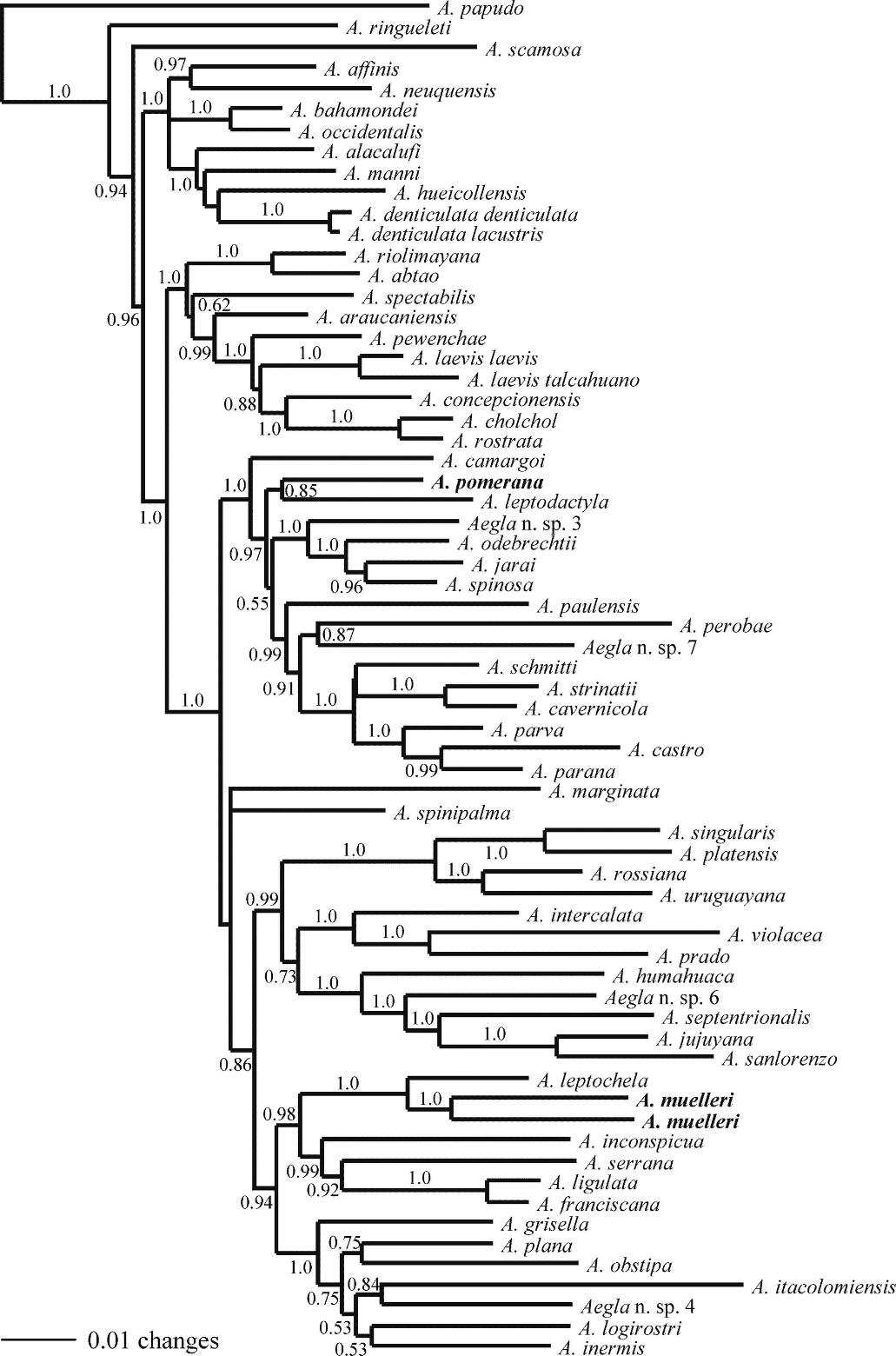