Cinnamomum bladenense   is morphologically similar to Cinnamomum brenesii   (Standl.) Kosterm. from which it differs by its much smaller (c. 2.1 vs. 3 mm long) and campanulate (vs. urceolate) flowers, its inner tepals glabrous abaxially (vs. pubescent), its shorter petioles (< 10 vs. > 10 mm), its moderately and minutely sericeous (vs. tomentose) younger twigs, and its abaxially matte green (vs. light-green glaucous) mature leaves with clearly prominent secondary venation abaxially (vs. venation nearly plane with the lamina).

The specific epithet honors the type location, the Bladen Nature Reserve, established in 1990 (IUCN Category 1a) to protect the watershed and the unique flora and fauna of the Bladen branch of the Monkey River. The origin of the word “Bladen” is unknown.

Phenology data for this species are few; currently, flowering in this species is known to begin with the onset of the dry season, December-January, with fruits developing in January and February. The trees are not known to be fertile below 15 cm DBH and are not fertile every year.

Cinnamomum bladenense   is currently known only from fewer than 10 individuals on two limestone ridge-and-knoll systems south of the Bladen branch of the Monkey River, a few km upstream from where the Bladen descends into the coastal plain. This canopy tree species occurs in semi-evergreen forest c. 25 m high on very-well-drained, steep and rocky slopes on Cretaceous limestone. Similar habitat occurs southwest of the type location nearly to the Guatemala border, and northeast of the type location to the southeastern portion of the Cockscomb Basin, along the southeastern foothills of the Maya Mountains.

Population information is too limited to support an assessment of the extinction risk faced by Cinnamomum bladenense   , and the category of Data Deficient (DD) is appropriate, according to IUCN (2012) criteria. The known habitat of the species is protected as part of a nature reserve, however anthropogenic fires and illegal logging in the area, including nearby potential habitat, are potential risks to the persistence of this species. 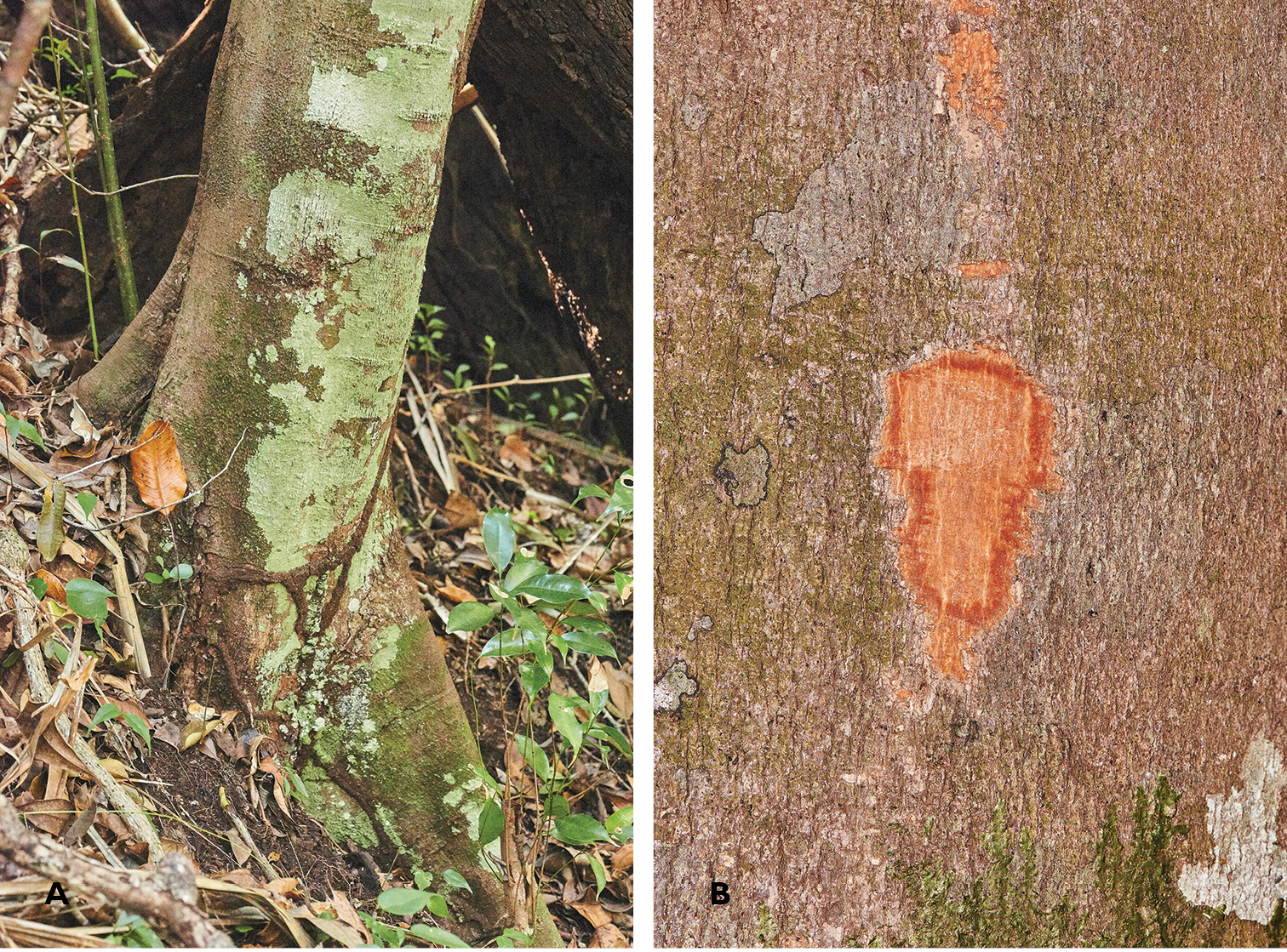 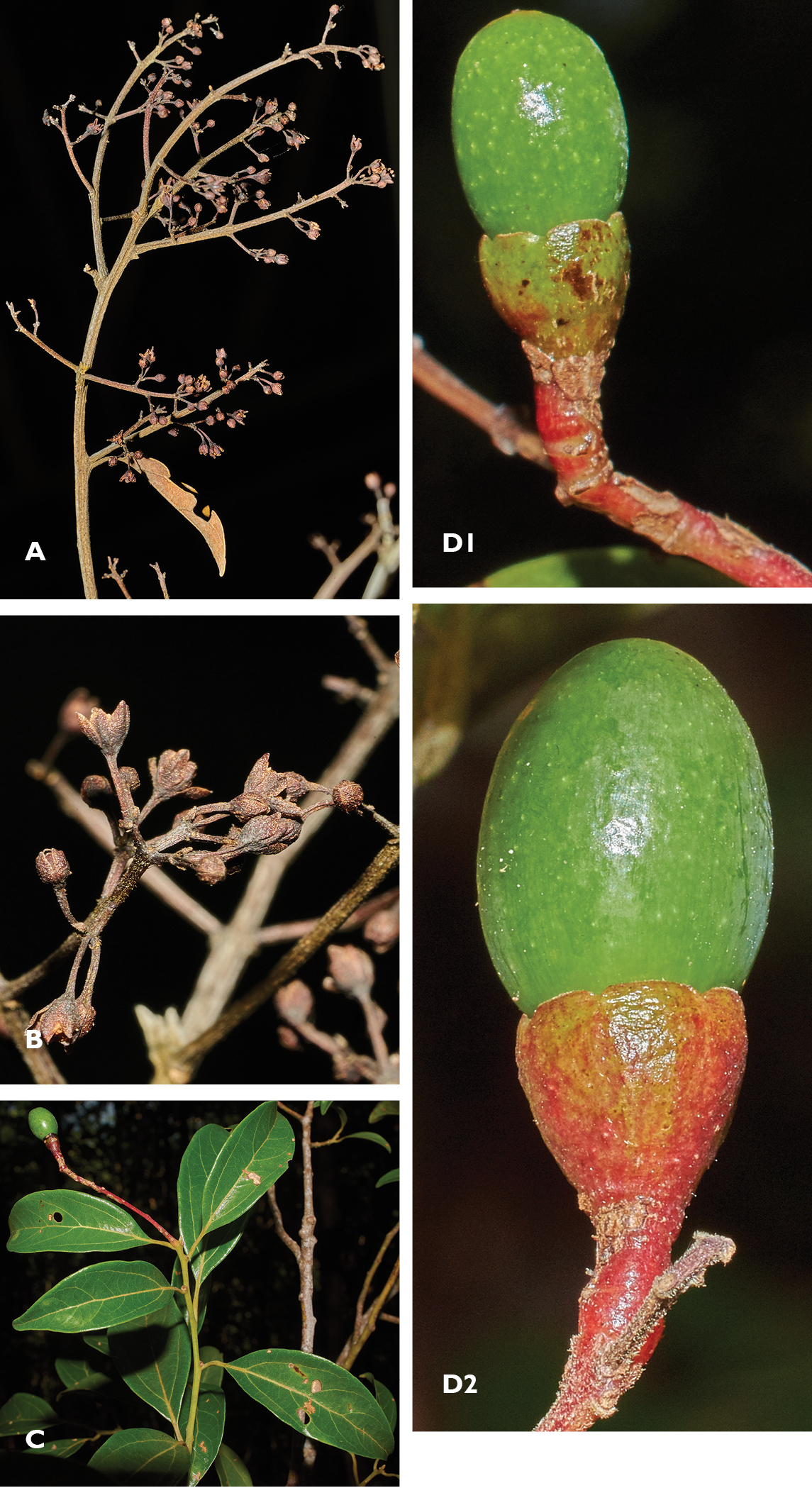 Figure 4. Diagnostic and other fertile characters of Cinnamomum bladenense A Axillary inflorescences on dry branch with all but one leaf removed to show variation in size and degree of branching B Apical portion of inflorescence showing flowers in bud and anthesis C Leafy branch with infructescence D Immature fruits with cupules showing partially turbinate pedicels, remnants of tepals at summit of the cupule, cupules turning red. Photos from Brewer & Stott 7529 by SW Brewer 2 February 2016.