The type species, Beckerina umbrimargo ( Becker, 1901)   , is the best­known species of the complex. The principal autapomorphies of this genus include a notopleural gland discharging by means of a duct whose fully exposed orifice is located at the front of each notopleuron of the male (N in Fig. 2 View FIGURES 1–2 ).

As indicated above, the diagnosis of this genus by Borgmeier (1963) is too broad and the amendments by Brown (1997) are of limited application by being knowingly geographically circumscribed. I suggest that the genus be restricted by excluding those whose males either lack notopleural glands or they have the orifice of their ducts concealed in a cleft; and by adding that both sexes retain the median furrow on the frons; the postpedicels are subglobose in both sexes and possess several SPS vesicles; labella have few spinules on their lower faces; palps with numerous medium sized bristles; abdominal tergites not extending full width of abdomen; the females lack Dufour’s crop mechanism; hairs below basal half of hind femur not differentiated from adjacent hairs of anterior face; hind tibia without or with only a single, dorsal, hair palisade; wing with vein 3 forked; vein Sc is well developed and its tip fuses with vein 1 (R1); the thin veins are brown; the costal cilia usually exceed 0.1 mm in length; costal index usually more than 0.5; membrane with dense microsetae, which are sometimes reduced in size; and axillary ridge with several bristles.

This more restricted diagnosis is nearer that of Lundbeck (1922), but for allowing for a single hair palisade on the hind tibia and adding the notopleural gland character. Apart from the type species, this more restricted diagnosis means the genus retains B. burmicola   (see below), B. luteola   , B. neotropica   , B. setifrons   and probably other species that I have not examined. However, it excludes B. aequatoriana Borgmeier & Prado   , B. dominicana Borgmeier, B. fuscohalterata Enderlein   *, B. nudipleura Borgmeier   , B. orpnephiloides Malloch   *, B. pilipleura Borgmeier   , B. polysticha (Schmitz)   and B. sinefurca Borgmeier   *. Of these excluded species I have only examined specimens of those species marked with an asterisk. These I assign to new genera below. The rest I decline to allocate to other genera until slide mounted specimens have been examined. 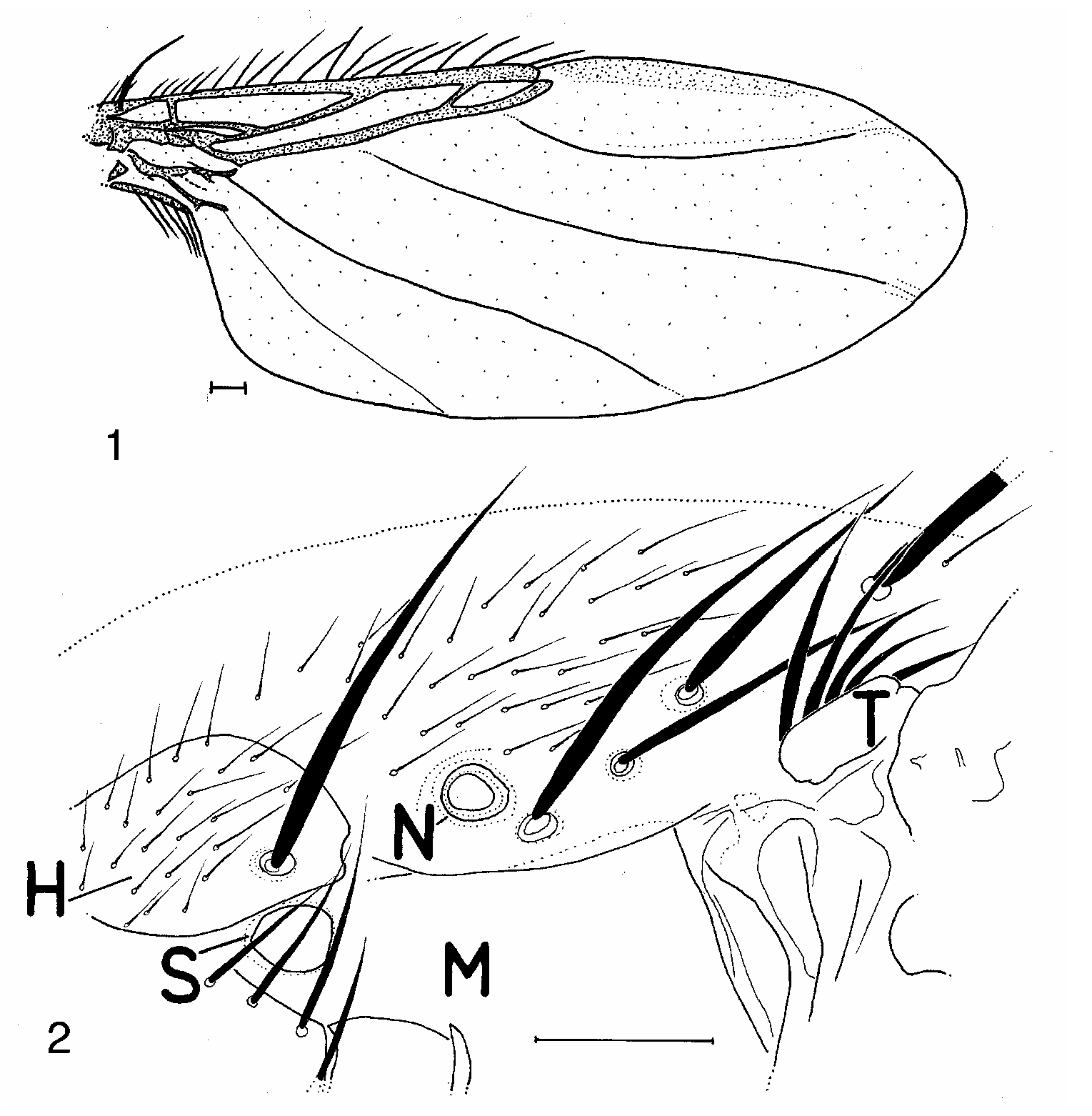