Agrilus pilosicollis   was originally described from a single specimen taken in Garden City, Kansas in 1914 ( Fisher 1928). No additional specimens have come to light since its description until the present records. The three female specimens above range in size from 11.2–12 mm, somewhat larger than the holotype (10.5 mm). The two North Carolina specimens were collected as part of a biosurveillance program targeting A. planipennis   using the crabronid wasp Cerceris fumipennis Say   , which provisions its nests with buprestid beetles as a larval food source. The two female specimens were collected in different counties three years apart. The pubescent spots on the elytra of one specimen were less evident, especially the median one which was represented by a single golden seta on each elytron. This is presumed to be the result of typical setal loss over the lifespan of the beetle or from rough handling by the wasp. The golden setae comprising the elytral spots were broader than the surrounding elytral setae, which were white to translucent. Male representatives of A. pilosicollis   are unknown.

The newly discovered Texas ( Fig. 2a–e View Figure 2 ) and North Carolina specimens represent a surprising expansion of the known geographic range of A. pilosicollis   from a solitary midwestern state to potentially include the entire southeastern U.S. Equally surprising is the fact that the North Carolina specimens come from separate locals within the state, suggesting it may not be as rare as it appears to be. The Texas specimen taken on live oak suggests rearing from Quercus sp.   may be fruitful in future searches for the larval host.

Agrilus pilosicollis   is most similar in appearance to A. quadriguttatus Gory   and A. granulatus (Say)   and may easily be confused in collections with them. It can be separated by lack of a prehumeral carina and presence of a broadly rounded or subtruncate prosternal lobe. 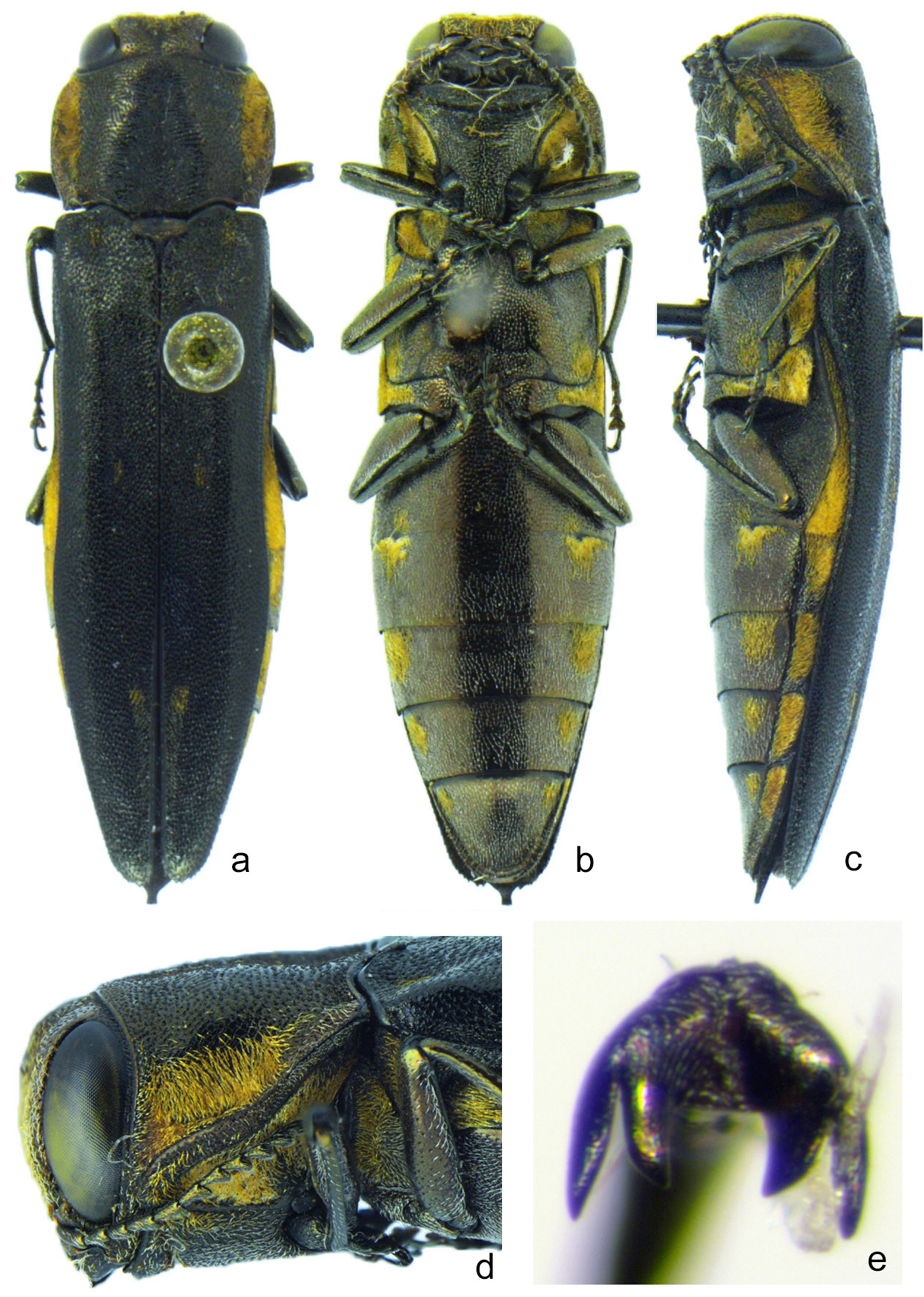