Pronotum sub-squared (max. width / max. length ratio = 1.14), with maximum width at the base of the anterior fourth, and basal border slightly wider than anterior border; sides slightly and irregularly arcuate in the anterior part, subrectilinear in the basal half, not sinuate and slightly denticulate before basal angles. Anterior angles obtuse, slightly prominent; posterior angles obtuse, blunted. Disc convex, with very short and sparse pubescence; median groove very shallow, hardly evident. Marginal groove wide and flat, enlarged near the base; anterior marginal setae placed inside the marginal groove, almost on the anterior fifth; basal setae not inside on the disk, but placed before the posterior angles.

Chaetotaxy: scutellar pore large and foveate. Umbilicate series with the first three pores of the humeral group very closed to each other and equidistant; 4th pore farther and placed at the end of the basal third of the elytron; 5th pore placed before the base of the apical third of the elytron; 5th and 6th ones spaced out ca. 1/3 of the distance from 6th and 7th; 7th and 8th displaced onto the disc; 7th and 8th spaced from each other as the 8th and 9th. Three discal setae, first placed before the 4th pore of the umbilicate series, second one placed just before the 5th, third one placed before the 7th pore.

The name is to remind one of the Solomon mining area and the different deposits where this species occurs, and it originates from the mythological Queen of Sheba (in Latin Sheba = Saba   ). According to tradition, the Queen of Sheba visited the Kingdom of Solomon with valuable gifts for its king. 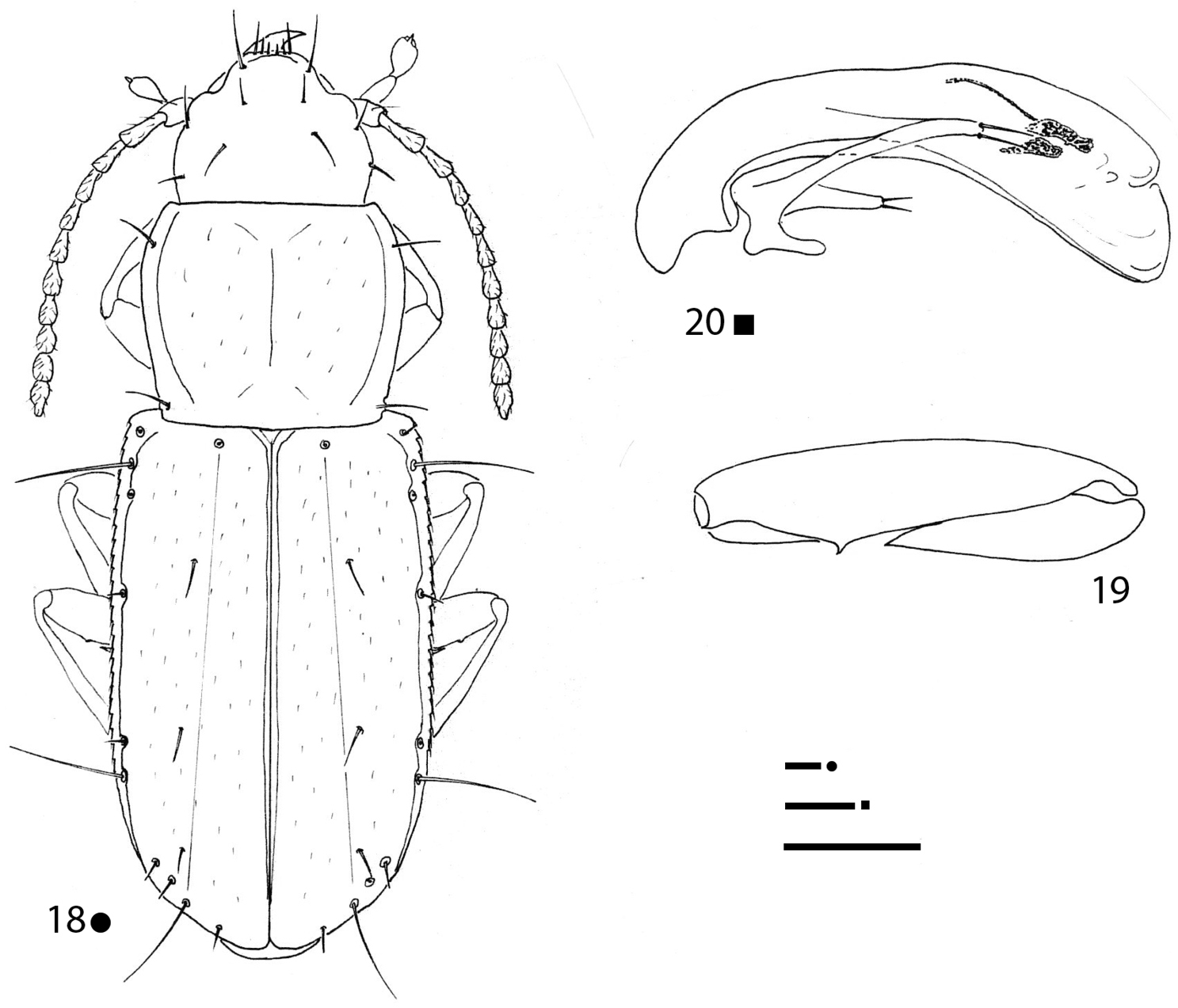