Systematics. Cryptaspasma perseana  is assigned to the subgenus Cryptaspasma  based on the following combination of characters ( Aarvik 2005): uncus with hair-pencil; valva not swollen; pulvinus without spike(s); sacculus of valva without triangular, pointed prominence; and outer edge of valva not emarginate, thus sacculus and cucullus undifferentiated.

Diagnosis. Cryptaspasma perseana  is separated from other species in the subgenus Cryptaspasma  by the following characters: C. bipenicilla Brown and Brown  has two lengths of coremata on the male abdomen versus one length in C. perseana  ; C. lugubris (Felder & Rogenhofer)  and C. acrolophoides Meyrick  males have an uncus that is parallel-sided versus widened above the base and tapering distally in C. perseana  ; C. athymopis Diakonoff  and C. microloga Diakonoff  females have signa that taper to a dull point versus signa that are distally rounded in C. perseana  . Other undescribed males in the subgenus Cryptaspasma  from Central and South America differ from C.

perseana  in having either two lengths of coremata, setae absent from the base of the valva and/or sex scaling on the male hindwing; females of undescribed species generally lack the ventrolateral triangular processes on the sterigma and/or have differently shaped signa.

Etymology. The specific name is derived from the larval host, Persea americana  .

Biology. Hoddle and Hoddle (2008) described the biology of C. perseana  (as “ Cryptaspasma  sp. nr. lugubris  ”) reared under laboratory conditions; their findings are summarized here. Females laid eggs in masses ( Figs. 18–19View FIGURES 18 – 27. C) containing an average of approximately 21 individual eggs (range of 2 to 73 eggs), primarily on smooth plastic surfaces, although some eggs were laid directly on intact avocado fruit and exposed avocado seeds. Eggs hatched in approximately 11 days (at 22 °C) and larvae bored into avocado seeds where they completed development. A single avocado seed supported between 5–8 individual larvae. Larvae completed development in approximately three weeks (at 22 °C) and left the seeds in search of pupation sites, although 5 % of larvae pupated within feeding tunnels in the seed ( Fig. 20View FIGURES 18 – 27. C). Larval damage was typically characterized by feeding tunnels in seeds, damaged pulp, and accumulation of frass at the opening of feeding tunnels. In the laboratory, larvae pupated between layers of paper towels; we hypothesize that pupation occurs primarily under bark or in leaf litter in natural settings. Larvae remained in a prepupal stage for approximately 2–4 days and in the pupal stage for 8–12 days (at 22 °C). The pupal exuvium extrudes from the pupal chamber upon adult eclosion ( Fig. 26View FIGURES 18 – 27. C). Adult sex ratio was found to be 46: 54 male:female under laboratory conditions.

Adult females use pheromones to attract males. Pheromone gland extracts have been made, potential pheromone compounds isolated and identified, but field testing has not been conducted (Millar and Hoddle unpublished). Female calling was observed in the laboratory, characterized by rapid wing vibrations and a slight upturn of the abdomen with large pheromone glands protruding from the posterior. Calling was observed to commence almost immediately following sunset and lasted for approximately one hour, after which all obvious locomotor activity associated with mating by males and females ceased. At sunrise, adult moths rapidly moved to dark concealed hiding places at ground level to rest. When provided with access to a mix of 10 % honey and water, adults lived for up to seven days (at 22 °C).

It is unclear if females prefer to oviposit on fresh fruit still on the tree or on intact fruit that has recently fallen to the ground. Brown and Brown (2004) hypothesized that Cryptaspasma  species are specialists on hard seeds of fallen fruit, suggesting that females do not oviposit on fruit that remains on the tree. Hoddle and Hoddle (2008) reviewed this issue and concluded that, based on field observations of dropped fruit, the likelihood of dropped avocado fruit being consumed by animals in a few days was very high. Thus any eggs laid by Cryptaspasma  females on freshly dropped fruit would be eaten by animals as would any larvae that had not yet tunneled into the seed. Because Hoddle and Hoddle (2008) reared C. perseana  from intact green fruit that was stated to be freshly picked from trees by a vendor (this was corroborated by circumstantial evidence; the fruit, at time of purchase were in a net sack on the vendor’s back and the vendor was carrying a fruit picking pole), they suggest that oviposition and subsequent larval boring to the seed could have occurred before intact fruit dropped to the ground. Fruit may drop because of larval feeding, or because of strong winds causing fruit drop independently of larval infestation.

Additional color photographs of all life stages of C. perseana  and Pseudophanerotoma  sp. are available ( Hoddle 2011). 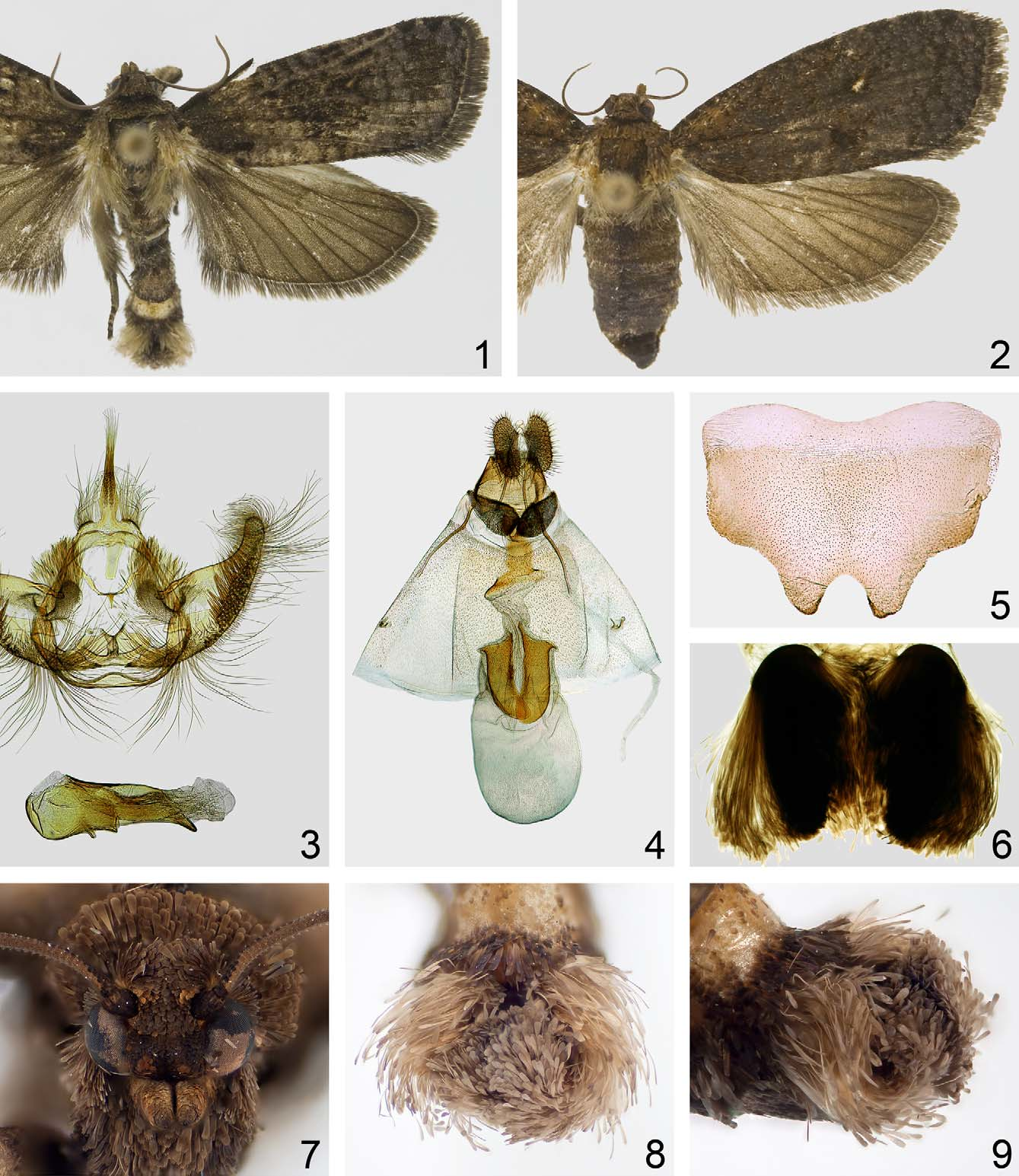 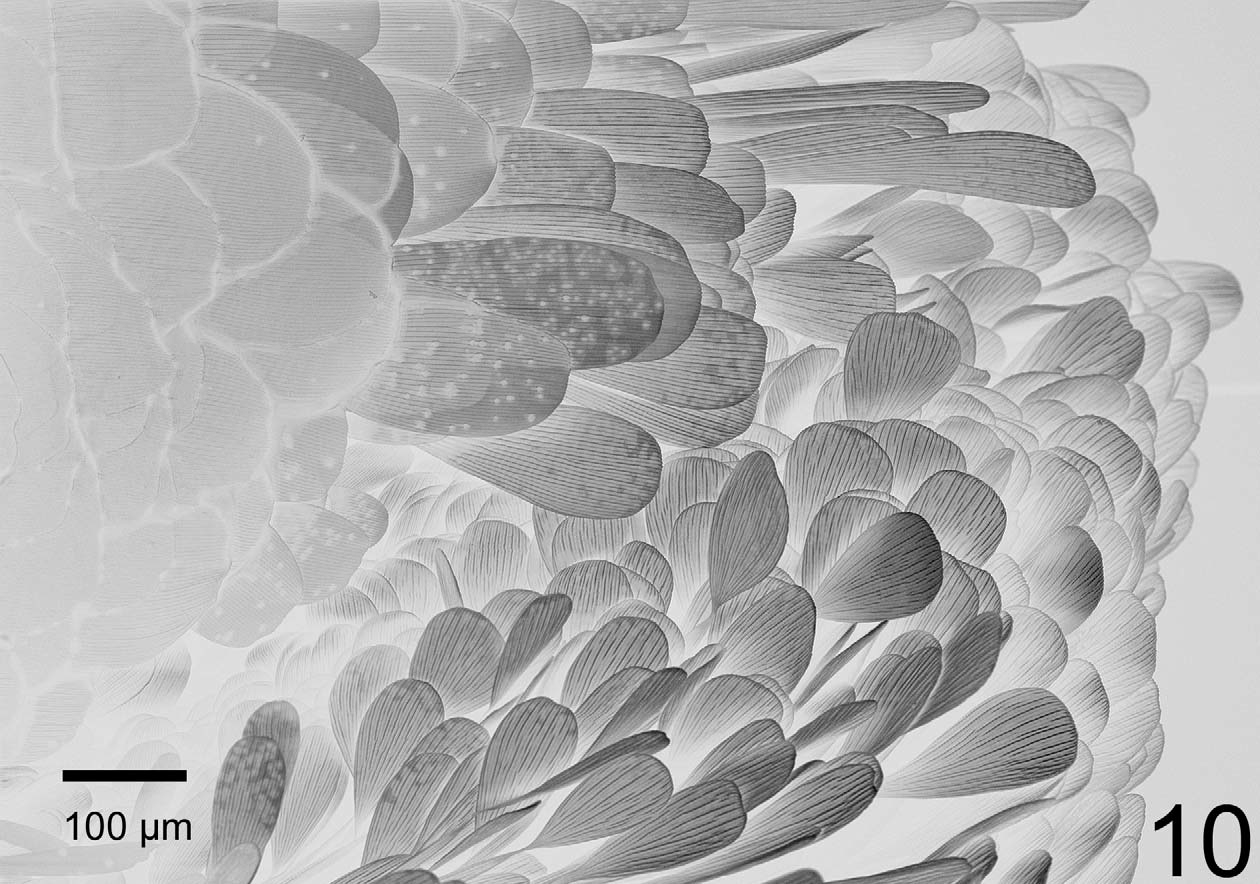 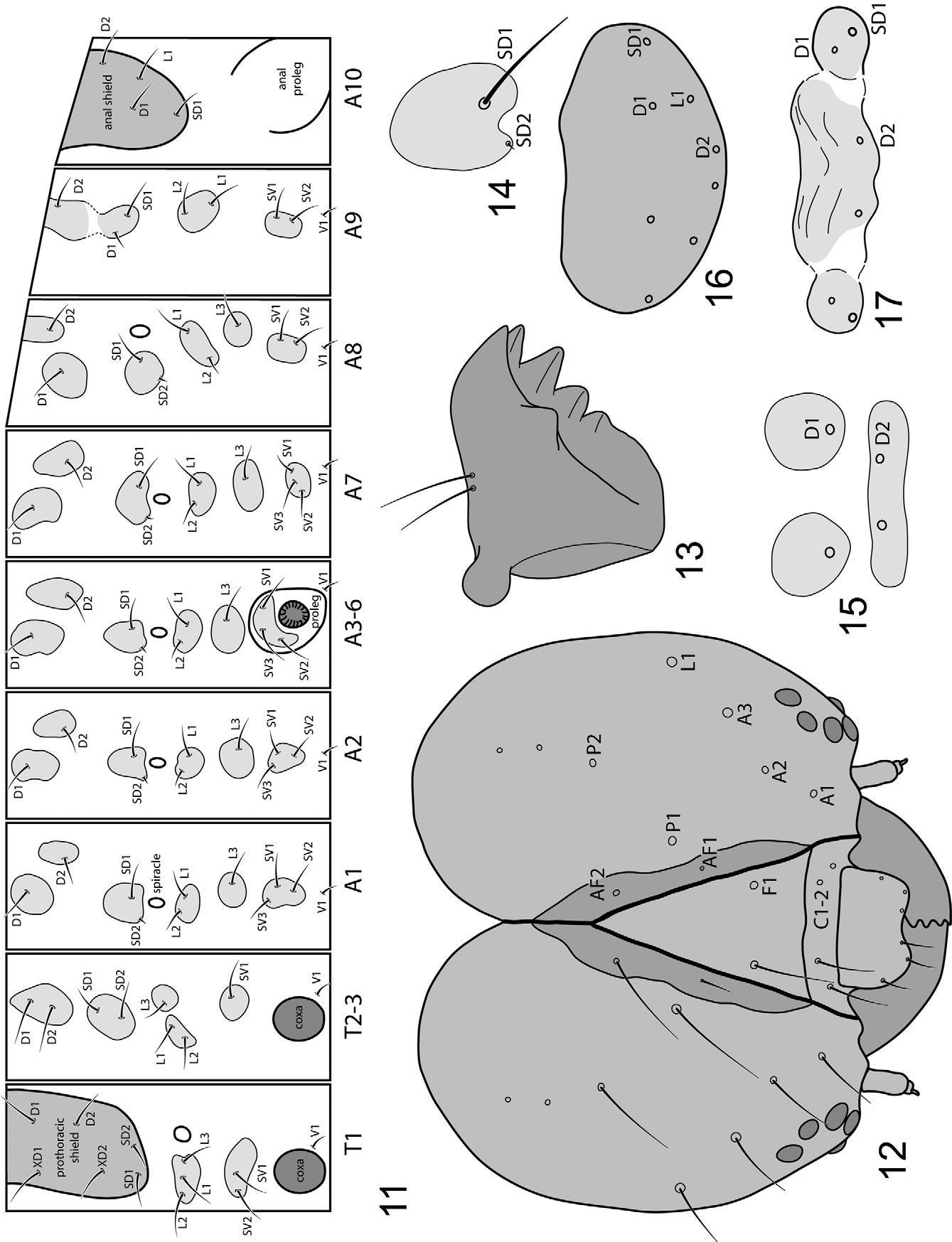