Baehr and Main’s description (2016) is correct and detailed, although we noted a few inaccuracies and their description omits some important characters fundamental to the systematics of Anillini   which, including male genitalia, are described as follows.

Species of small size (TL mm 1.47-1.50), easily distinguishable from B. cundalinianus   sp. nov. by the basal angles of pronotum acute and protruding.

Head large, slightly narrower than the base of pronotum. Labium without tooth. Antennae short, just exceeding the base of the pronotum when stretched backwards. Fronto-clypeal furrow slightly distinct; subrectilinear anterior margin of epistome.

Legs long and slender, with normal metatrochanters and unarmed metafemora; two protarsomeres slightly dilated and without adhesive phanerae in males.

Chaetotaxy: scutellar pore large, foveate. Umbilicate series with 1st, 2nd, and 3rd pores of the humeral group not equidistant, 2nd and 3rd pores closest; 4th pore clearly farther from the 3rd one and placed at the end of the basal third of the elytron; 5th pore placed well after the middle length of the elytron; 5th and 6th pores spaced out ca. the half distance between 6th and 7th pores; 7th, 8th and 9th pores slightly displaced onto the disc and not equidistant, 8th placed after the 9th one. One single discal seta in the central area of the disc and placed approximately half way between the 6th and 7th pores.

B. currani   is known only from Cloudbreak Mine, 65 km NW of Tom Price, Pilbara, WA. 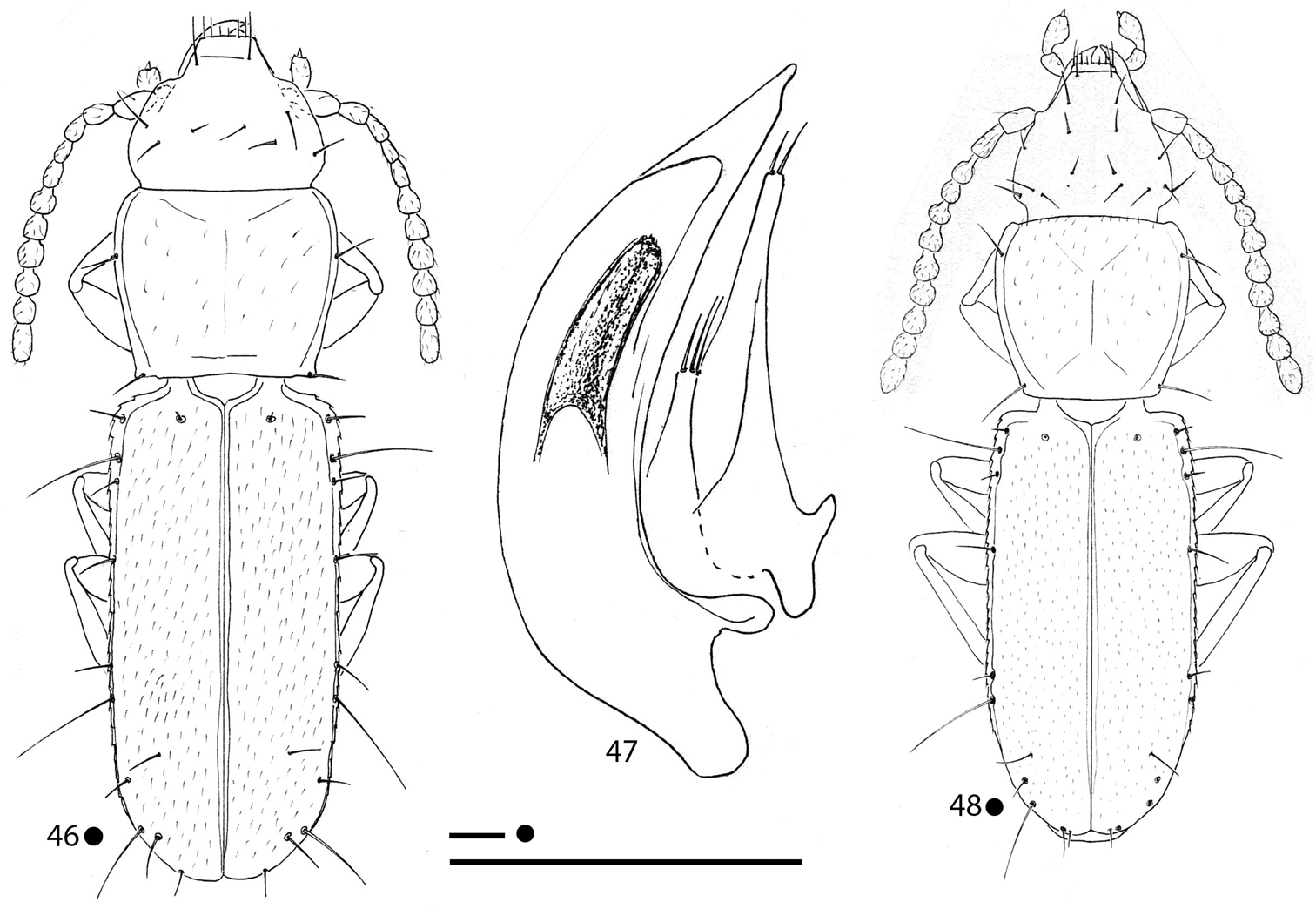