Type repository: Holotype and paratypes are deposited in the Binda & Pilato collection, Department of Biological, Geological and Environmental Sciences, Section of Animal Biology, University of Catania.

Specific diagnosis: Cuticle without gibbosities, with extremely fine tubercles that viewed vertically appear as dots; eye spots present; pharyngeal tube (measured from the caudal extremity of the drop-shaped thickening) slightly shorter than the pharyngeal bulb; two rod-shaped macroplacoids and septulum present; lunules absent; accessory points present; a cuticular bar present near the internal claw on legs I–III; two short cuticular bars present on legs IV, one near the base of the anterior claw and one between the anterior and posterior claws.

Description of the holotype: Body length 358 µm; colourless; eye spots present; cuticle with extremely small tubercles (visible as dots) ( Fig. 4 View FIGURE 4 A), also present on the legs. Buccal-pharyngeal apparatus of Diphascon   type (rigid buccal tube, without ventral lamina, and flexible, spirally thickened pharyngeal tube); drop shaped thickening is present between the buccal and the pharyngeal tube ( Fig. 4 View FIGURE 4 B); mouth without peribuccal lamellae or papulae; no teeth visible in the buccal cavity; buccal tube with dorsal and ventral apophyses for the insertion of the stylet muscles in the shape of hooks symmetrical with the respect to the frontal plane.

Etymolog y: The name procerum   refers to the claw shape (the main branches are long with respect to the total claw length, and for this reason the claws appear slender; Latin: proceru s = long and slender).

From D. (D.) nodulosum   the new species differs in the markedly smaller size of the cuticular tubercles, and from D. (D.) burti   in lacking the pseudoseptulum and in having obvious cuticular bars on the legs.

Conclusions. The tardigrade fauna of the relatively small region encompassed by Sicily and the associated archipelegos could be considered well known with 24 papers spaced over 50 years and a current species list of 96 species. However, this study has described new species, Macrobiotus insuetus   sp. nov. and Diphascon (D.) procerum   sp. nov., from separate Sicilian localities, which indicates there are still a large number of microenvironments in this area waiting to be studied. 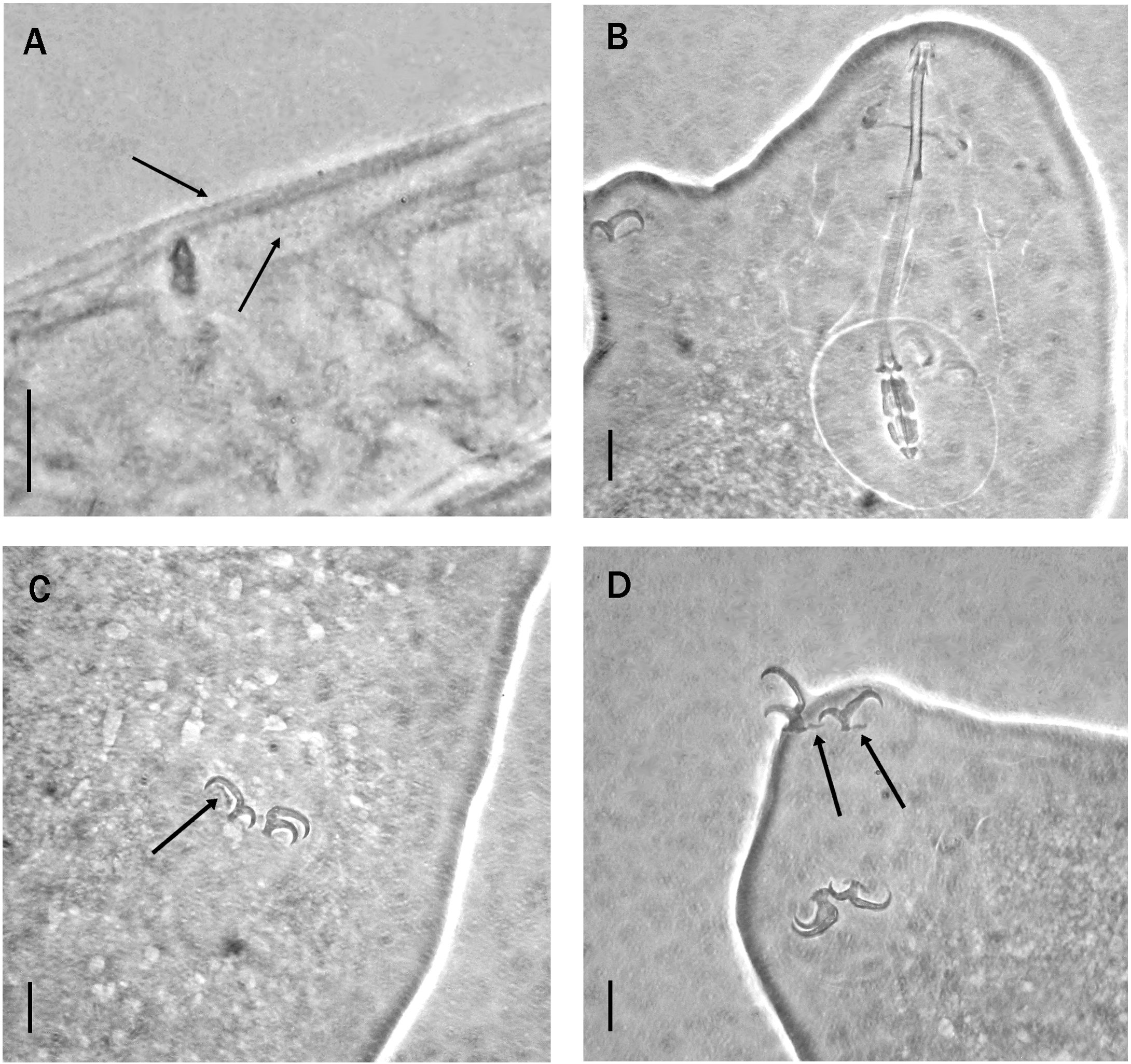