Diagnosis (as listed by Van der Hammen (1977)): (1) legs IV shorter than legs I in female, (2) a relatively small number of prodorsal setae and a “narrower and rounded rostrum”, and (3) ratios of legs I: idiosoma and legs IV: idiosoma <1.9 and <1.7, respectively. Character (1) is the condition observed in all of our material; it is assumed to be primitive. Character (2) features the number of shield setae, which is highly variable within species ( Vázquez & Klompen 2002). For example, in adults of S. kirindiensis   n. sp. those numbers varied from 128–170, spanning almost the entire range observed across all specimens examined for this study. The shape of the rostrum may be subject to some preservation artifacts, especially in slide-mounted specimens, but is likely to be a valid character. Character (3) is potentially a good character, but once again vulnerable to severe distortions in slide-mounted specimens. Our material is largely slide-mounted, disallowing reliable estimates of these ratios.

Examination of a specimen (code B-20) from the type locality ( RMNH collection) showed an ovipositor lacking long terminal setae, small setal structures, or any large basal projections (consistent with Van der Hammen’s general description). The original description can be supplemented by the observation of 3 pairs of distinct small patches of rounded structures, reminiscent of the ovipositor in S. mahafaliensis   n. sp. ( Fig. 26 View FIGURES 26 – 27 ). However, the patches in S. legendrei   show a different pattern: a large pair of patches basally, and 2 much smaller pairs more distal (all patches of equal size in S. mahafaliensis   ). Specimen B-20 lacked the gnathosoma so gnathosomal structures could not be examined.

Remarks. Salfacarus legendrei   was described based on material from 3 localities, large numbers from Ambohihao, and a few specimens from two additional localities, Mahafaly plateau and Marofandilia. This result, finding the same species in three widely separate localities, is inconsistent with our observations. We found that different collecting sites nearly always yielded different Salfacarus   species, suggesting strong local endemism. Among the new material available for this study were specimens from Mahafaly plateau and an area very close to Marofandilia. Specimens from these localities can be distinguished readily by characteristics of the ovipositor (plus some other, less obvious characters, see below) and are assigned to new species, respectively, S. mahafaliensis   n. sp. and S. kirindiensis   n. sp. To test the possibility that the Mahafaly and Marofandilia specimens studied by Van der Hammen also belong to these new species we examined material deposited in the RMNH collection. The critical character is the female ovipositor, so we examined one alleged female each from Ambohihao (type locality; specimen B-20), Mahafaly plateau (B-9), and Marofandilia (B-19). The Ambohihao female has a distinct ovipositor structure (see above), but the specimens labeled as female from Mahafaly plateau and Marofandilia proved to be tritonymphs (no ovipositor, only 4 (not 5) leaf-like setae on the palp tarsus). Even though this test proved inapplicable, we tentatively consider the Mahafaly plateau and Marofandilia material studied by Van der Hammen as belonging to, respectively, S. mahafaliensis   and S. kirindiensis   .

Ecology. Van der Hammen (1977) stated that this species was recovered regularly at Ambohihao, especially in the rainy season (November – February), usually in small groups of 6– 12 specimens, and often under rocks. In line with our experience collecting Opilioacaridae   in the New World, specimens were never recovered from under rocks with ant nests. 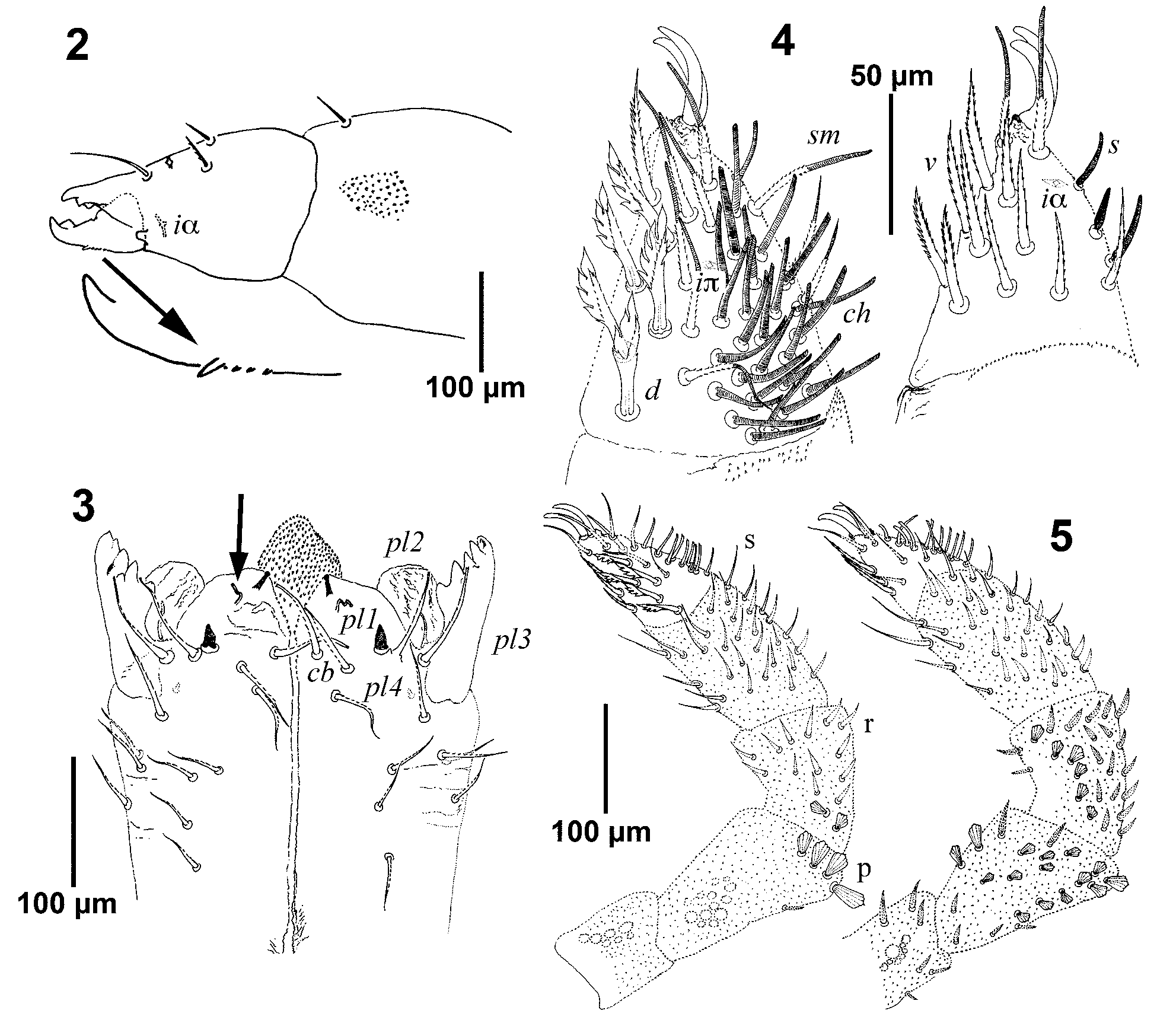 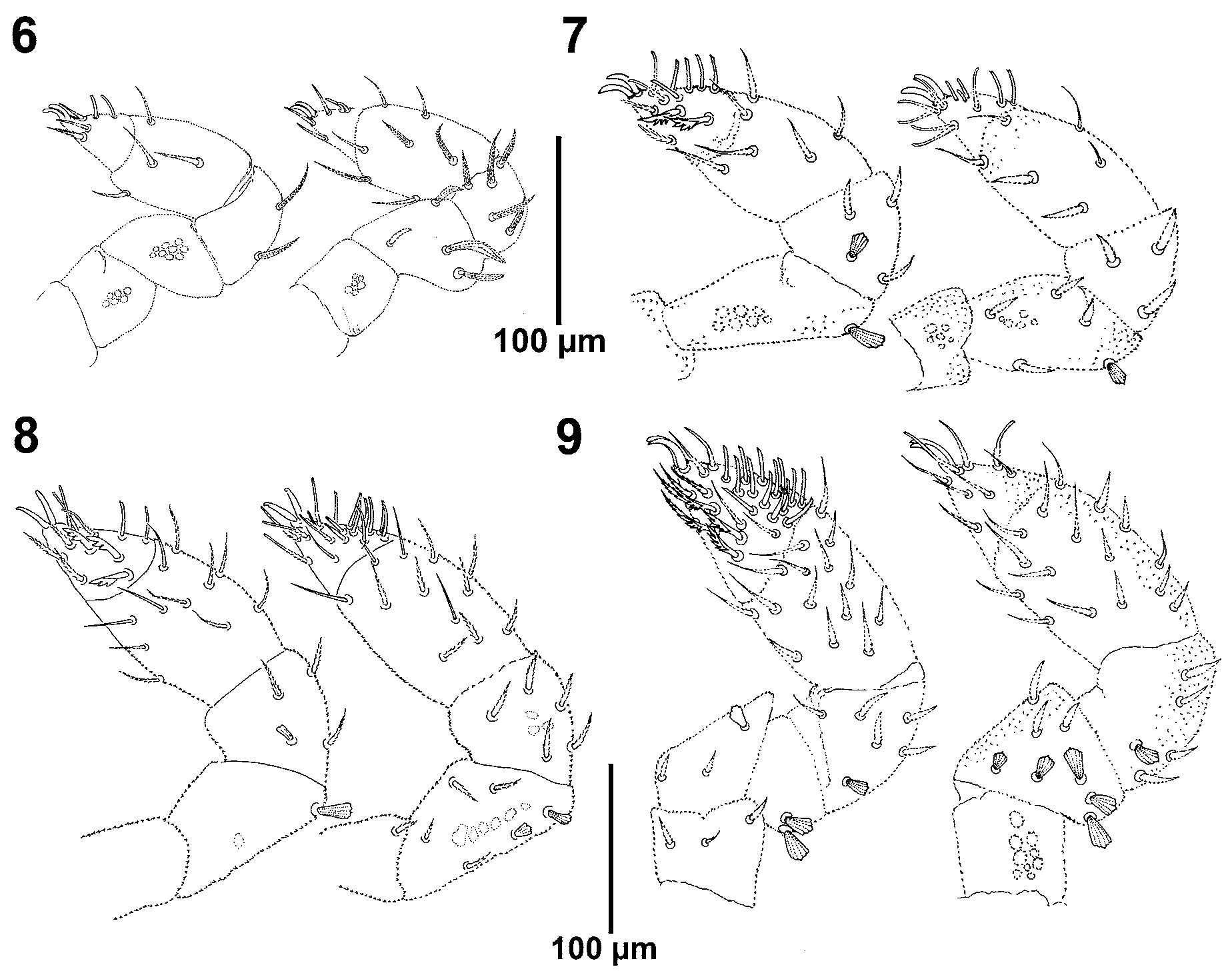 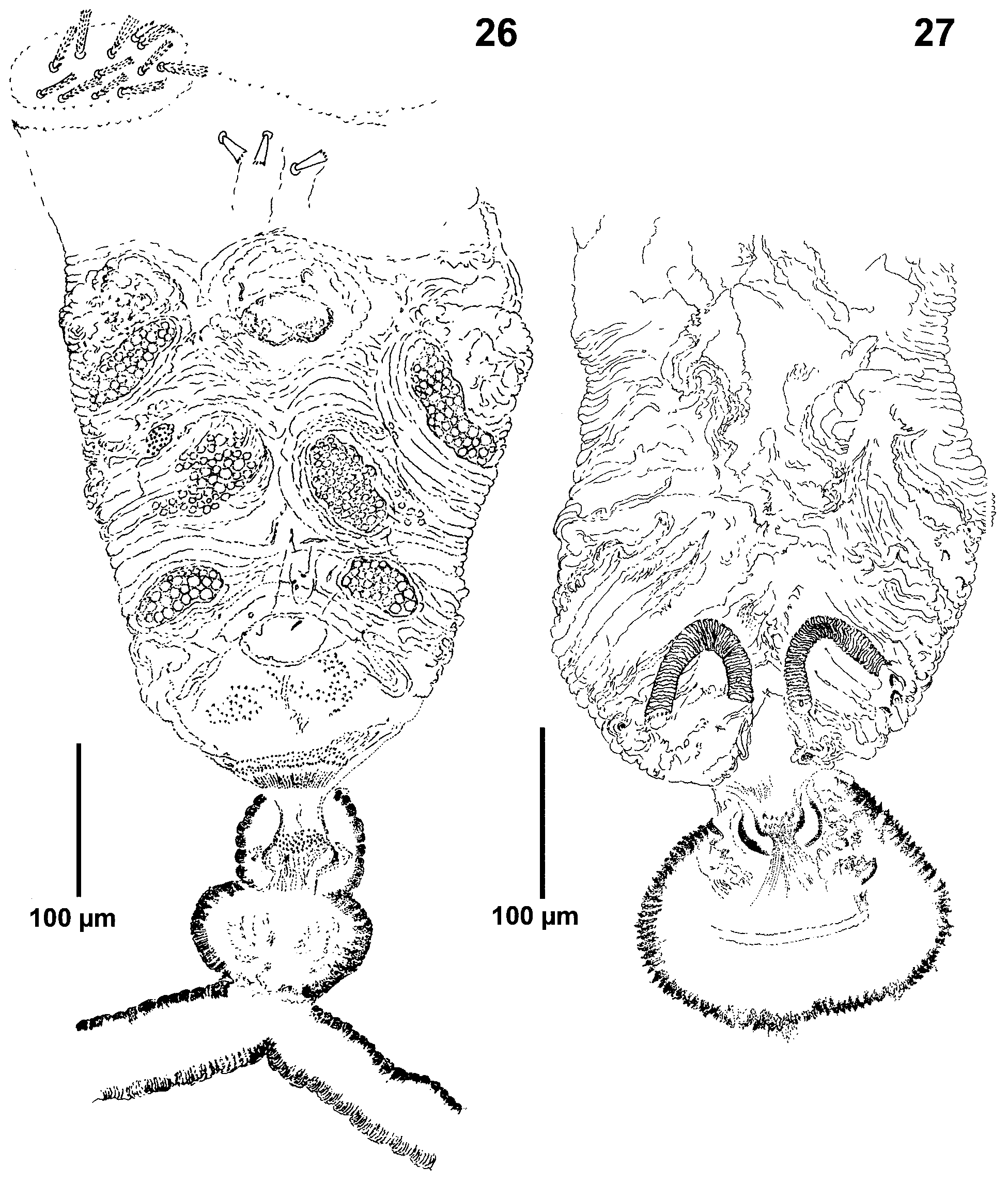